A Personal Poem is Transformed into a Touching, Topical Animation in Laura Reedy’s ‘Ripple Home’

With an aesthetic based around real locations and objects in her life and a deeply personal narrative inspired by a feeling of separation from her family, Laura Reedy’s 87-second animation Ripple Home packs both style and substance into its brief run-time. Joining us today to discuss how she used her first film to hone her voice and aesthetic, we take a behind-the-scenes look at the production of this impressive animation.

Hi Laura, welcome to Directors Notes! As this is your first time on the site can you quickly introduce yourself and explain how you got into animation?

Hello Folks! My name is Laura Reedy. I’m an animator/director currently based in Los Angeles. I graduated in 2007 from Parsons School of Design with a BFA in Illustration. I fell into doing graphic design after school, then eventually realized I wanted to focus more on animation. I took an online course in character animation and watched lots and lots of tutorials. It became my number one passion to keep learning more about how to make things move. I’ve been working as an animator for the past 3 years, mainly in the motion graphics industry.

For an 87-second film, Ripple Home packs a lot into its condensed run-time, where did the inspiration for the short come from and what were you hoping to achieve with it?

I began working on Ripple Home at a time in my life when I was considering moving back home to New York. I have lived 3,000 miles away from my family for a decade, mainly pursuing my artistic dreams wherever they take me. By the end of production, I decided to stay in my new home and on my journey.

I was mainly trying to achieve finding my personal voice as a director, as well as developing my artistic style.

There are many people in our country currently living physically apart from family for many different reasons. I also see this film as an expression of that point when you decide to stay for the good of yourself or go back to what you knew.

In making this film I was mainly trying to achieve finding my personal voice as a director, as well as developing my artistic style. Since this is my first film there was a lot of trial and error, searching, and struggle. Just completing this piece was a huge victory in my eyes.

The short is based around a rather poetic narration, I couldn’t see a credit for it anywhere, so assume you wrote it – how was the process of penning it and what came first, the film or the words?

Yes, I did write the film. The poem came first. Even though I don’t consider myself a writer necessarily, I like to write a lot before I start drawing. I wrote many different versions of the poem Ripple before I felt satisfied. I kept returning, checking with my gut if the words still felt right. It’s such a short poem so each word had to be purposeful. Once I had the narrative locked I started to imagine fantastic visuals around it.

That leads nicely to my next question! Aesthetically, Ripple Home is a vivid piece, can you talk a little about how you chose the situations you wanted to depict on screen?

Many of the situations in the film are based on real locations and objects in my life that have personal significance. For example, the plate depicted in the film is based off of china I inherited from my Grandmother. The landscapes in the TVs are views from windows in different places I’ve lived. Using my reality adds a depth that feels more authentic and less random.

Communication tools are superior and yet leave us feeling less than connected.

On the other side of things are the surreal elements depicted, such as the heart and tunnel. I see this side as telling the emotional story of how things feel. I combined these two ideas together to create one cohesive statement. Many scenes are also once removed by a screen or bit of technology, these communication tools are superior and yet leave us feeling less than connected.

The colour palette you chose really adds to the distinct feel of the piece, why did you choose to work with these specific colours?

I created two distinct colour palettes to further tell the story of being physically apart. The first is warm with lots of gold and oranges. The second is cool with many purples. I wanted to create a sense of push and pull from scene to scene between the two. These colour palettes are different but both are vibrant. I’ve always been drawn to vibrant colours. They feel playful and alive to me.

Can you provide us with some insight into your production process – how long did the film take to complete and what tools/methods did you use?

The film took about 1 year to complete. I worked in-between freelance projects, after work and whenever I had time. It was important to me to make a film on my own. I’m a quiet person who enjoys solitude and personal challenges. I wanted to create something slowly and let it develop organically.

I used a combination of 2d, 3d, and hand drawn animation techniques for the film. I started by sketching out each scene in a notebook. Then I do further detailed sketches and motion sketches. From there I would illustrate key scenes in Photoshop. Depending on the scene, I would then animate in After Effects, Photoshop or Cinema 4d.

For both the tunnel and falling scenes I used the same rigged character model created in Cinema 4d, based off of my illustration. After animating the camera and scene objects, I animated the character itself. I used reference video of people jumping out of planes, then sketched out the keyframes of poses with most appeal.

I wanted the sound design to be ethereal but also high technology.

Once I was satisfied with the 3d motion, I brought my sequence into Photoshop and hand animated the frames (using the plugin AnimDessin), adding secondary motion like hair waves and further exaggerating the perspective of the poses.

Finally when all the animation was complete I reached out to voice over artist Sarah Miller-Crews and sound artist Fellow Wave. I imagined the voice of this film feeling light and poetic but with a slight edge. As soon as I heard Sarah’s audition sample I knew she was my pick. I wanted the sound design to be ethereal but also high technology. Sounding delicate but also non-organic. Jose Correa of Fellow Wave did an amazing job! I love all the little details and surreal sound effects as well as the overall score. It was a pleasure working with both of these artists. 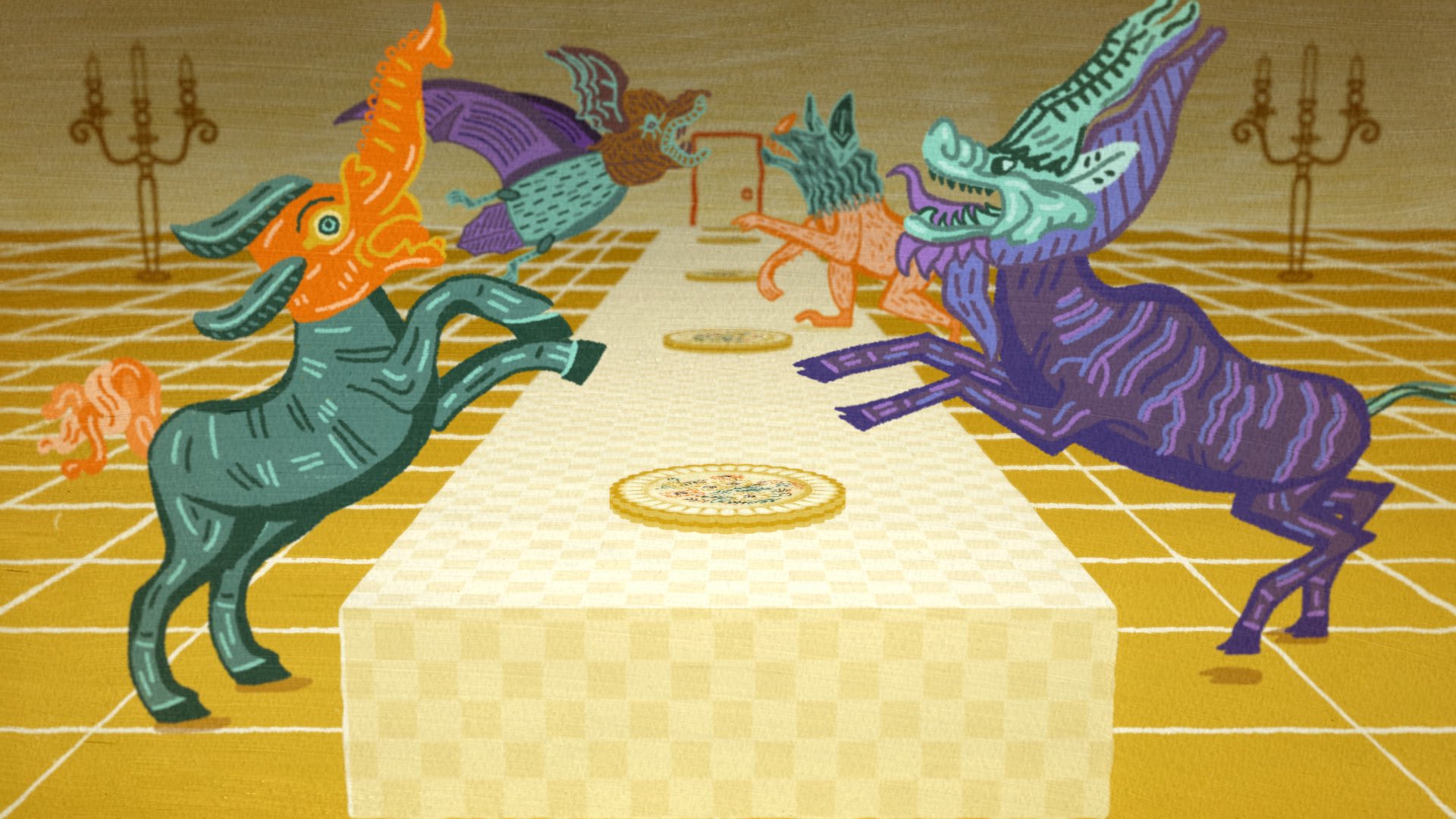 Thanks for talking to us today, it’s great to have you on the site, just to round off this interview can you let our audience know the best way to follow your work and what you’re working on next?

Thank you so much for hosting me on Directors Notes! These questions were insightful and pushed me to dig deep. I’m currently freelancing in Los Angeles while also working on my second short film Brave Ones, a surreal expression about overcoming oppression.