Tomas Ramanauskas Helps us Come to Terms with Life on Earth in Existential Western ‘After Death, Before Hell’ 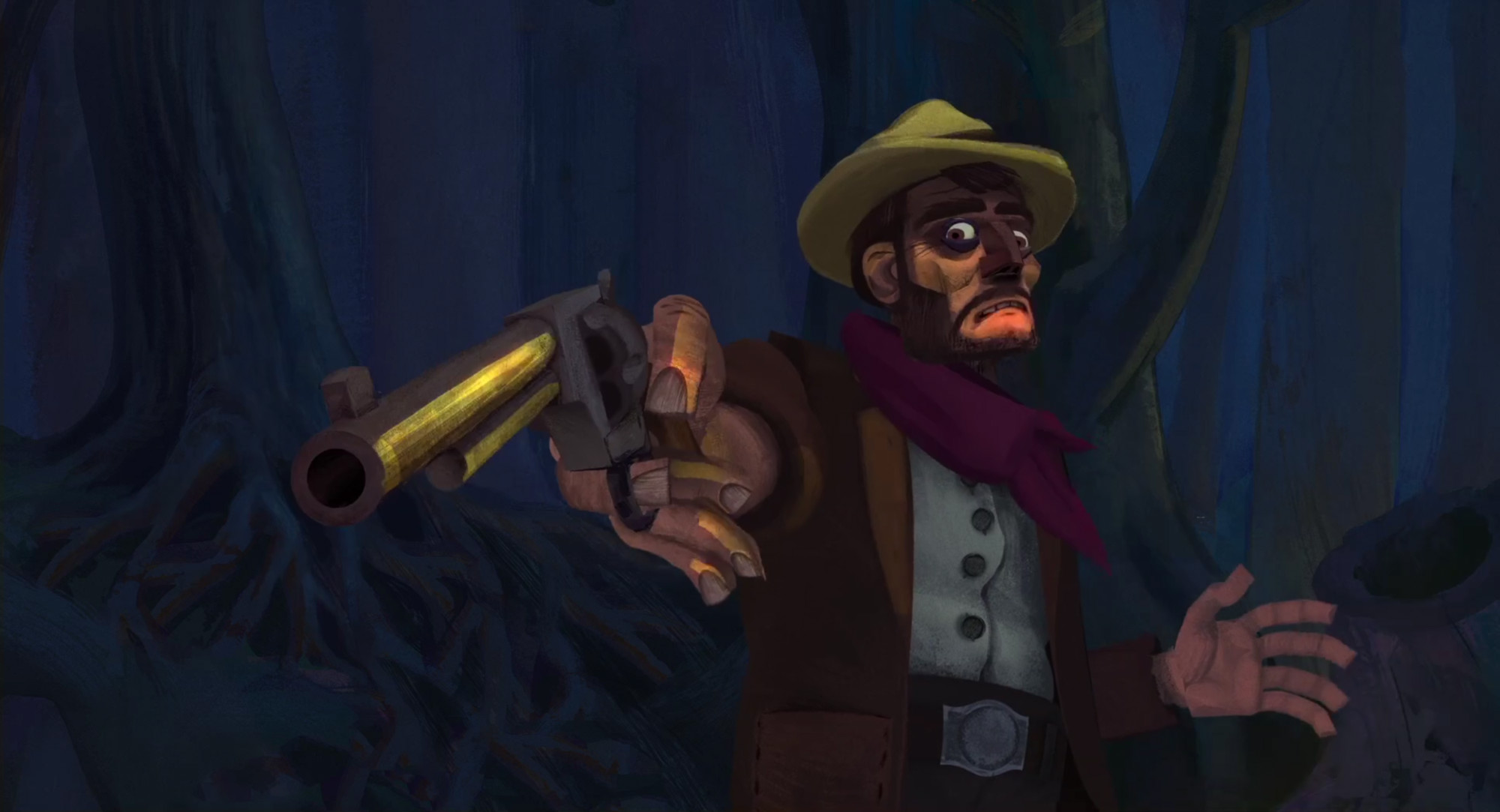 Filmmakers often have a specific goal in mind when it comes to the stories they tell. Some want to make you laugh, some want to make you cry, for Tomas Ramanauskas, the director of After Death, Before Hell, he wanted to question “the boundaries of human existence”. Joining us today to discuss how he went about achieving his goal, the Lithuanian filmmaker provides some behind the scenes insight on his distinct short film, seven years in the making.

The first thing that struck me about your film was how distinct the story felt, the best way I could think to describe it was “an existential Western”. If you were describing your film to someone who had never seen it, how would you best sum it up?

“An existential Western” is spot on. In broader terms, it could be labeled as “a comedy on making plans in life”, “a study of the relativity of failure and success”, or “a short, hardly believable story, which seems to really have happened”. The Western has a sacred place in my cinematic memory – down and out characters with their lives on the line, a restrained and hostile environment where the gun is mightier than anything, a struggle against all odds. They’ve always seemed like a perfect setting for any fable.

Can you tell us a little bit about where the original idea for the film came from and how it developed into the final story we see today?

This wasn’t the case of a fairytale-like dream: “Oh, I’ve had this story in me for twenty years”. No, I wanted to make a short film and I searched for a story very deliberately. After a few weeks of dead-ends, I got my hands on Alan Fletcher’s book The Art Of Looking Sideways, which is a sort of subjective, personal encyclopaedia, containing scraps of everything and anything the great designer was interested in.

I’ve sacrificed many details because otherwise, it would’ve been twice as long.

Reading this enormous tome, a paragraph about the unluckiest criminal ever struck me as a fantastic plot: an awfully unskilled wrongdoer who tried his best to get some money ended up dead and was turned into a mummy, which was used as a prop for many decades.

I started digging deeper, thinking about it and the story became mine. I made it even more mine with six rewrites of the script, each time twisting and turning but ensuring it fit in a very narrow timeframe. First drafts were focusing on a linear narrative, the last one has a time shifting logic, going forth and coming back. I’ve sacrificed many details because otherwise, it would’ve been twice as long. It took me almost 7 years from the day I read the original bit until the film was premiered.

After Death, Before Hell is a fun watch, but that’s not to suggest it’s without substance, in fact, it tackles some deep themes. You describe the film as questioning “the boundaries of human existence”, what do you hope an audience takes away from the film after viewing it?

I can only hope the audience shares my enthusiasm for trying to squeeze so much into a short film. I am fascinated about how ironically life can play itself. How our wildest dreams might become true, only not in the shape we expected.

I can’t remember the title of the Ray Bradbury story, where the psychic tells a person that he will become very rich but doesn’t go into detail of how this will happen and what sacrifices it will take. Turns out, quite a lot.

Elmer, the protagonist in my film, wants to hang on to his miserable life despite knowing the end is nigh.

Another theme that is important to this tiny piece of film is human tragedy and not coming to terms with life here on earth. Feeding ourselves with illusions of an afterlife, or some legacy, something that outlives us, be it art, kids, riches, achievements. To be remembered is to continue living through someone else.

Dylan Thomas instructed “do not go gentle into that good night” and we’ve been good soldiers – we are terrified of simply disappearing. Elmer, the protagonist in my film, wants to hang on to his miserable life despite knowing the end is nigh.

Images from an early version of After Death, Before Hell

Alongside the film’s original storyline, it’s also sporting a very distinct aesthetic, can you explain a little about why you chose this particular style and did you consider any other looks when developing the film?

The final cut that you see had quite a few iterations. Our first idea was to make it out of paper. Later on, I managed to have most of the principal drawings done in a completely different manner from the one that ended up in the final cut, but we were struggling with the funding and it didn’t go anywhere.

From the moment of conception, I envisioned it as a rather realistically drawn film. I think the story needed it – it would be harder to show the changes Elmer went through with more abstract, experimental visuals.

My initial wish was for a hand-drawn, old school kind of animation with all its imperfections.

It is a strange phenomenon of a first film – it doesn’t matter if you think you know what you want, you end up with something to which a personal reaction is: “oh, so this is the kind of movie I was making”.

Visually it looks almost identical to how I wanted it to be. The animation style (cut-out) is a compromise we had to make in order to be able to fit into budget and deadlines. My initial wish was for a hand-drawn, old school kind of animation with all its imperfections.

What can you tell us about the production of the film? How long did it take to make, how many people worked on it, what tools/software did you use?

I chose animation out of practicality: as a beginner I thought I’ll struggle with keeping actors in order, getting the best possible performances. Animation seemed like a more controlled environment, therefore way easier. How naive I was!

All in all, as I said, from script to premiere it took us seven years. First, it was me walking around with a script asking my friends to collaborate. It was supposed to be 20 minutes long and I had unsuccessfully applied for funding.

I tried to fund it via Kickstarter, failed again.

Somehow, inexplicably, I managed not to give in. I tried to fund it via Kickstarter, failed again. Finally, I met Art Shot founder Agne Adomene, the producer, who managed to box me into shape: work with a script doctor and follow a proper film production path.

Even this fruitful part lasted almost 2 years. It was so, so, so slow. Every week we would meet, watch a few seconds and discuss them, imagining how they’d fit with the rest of the film. Is the walk alright? Does the character smile properly? Is this how I imagined the owls? There were so many questions that I had to pretend to have answers to.

We worked on the animation for 6 months with a total crew of 15 people doing everything: storyboarding, animating, sound effects, writing the music (and even buying a song for the soundtrack). It was animated with After Effects, VFX were done on Photoshop, principal characters and backgrounds were also drawn in Photoshop. 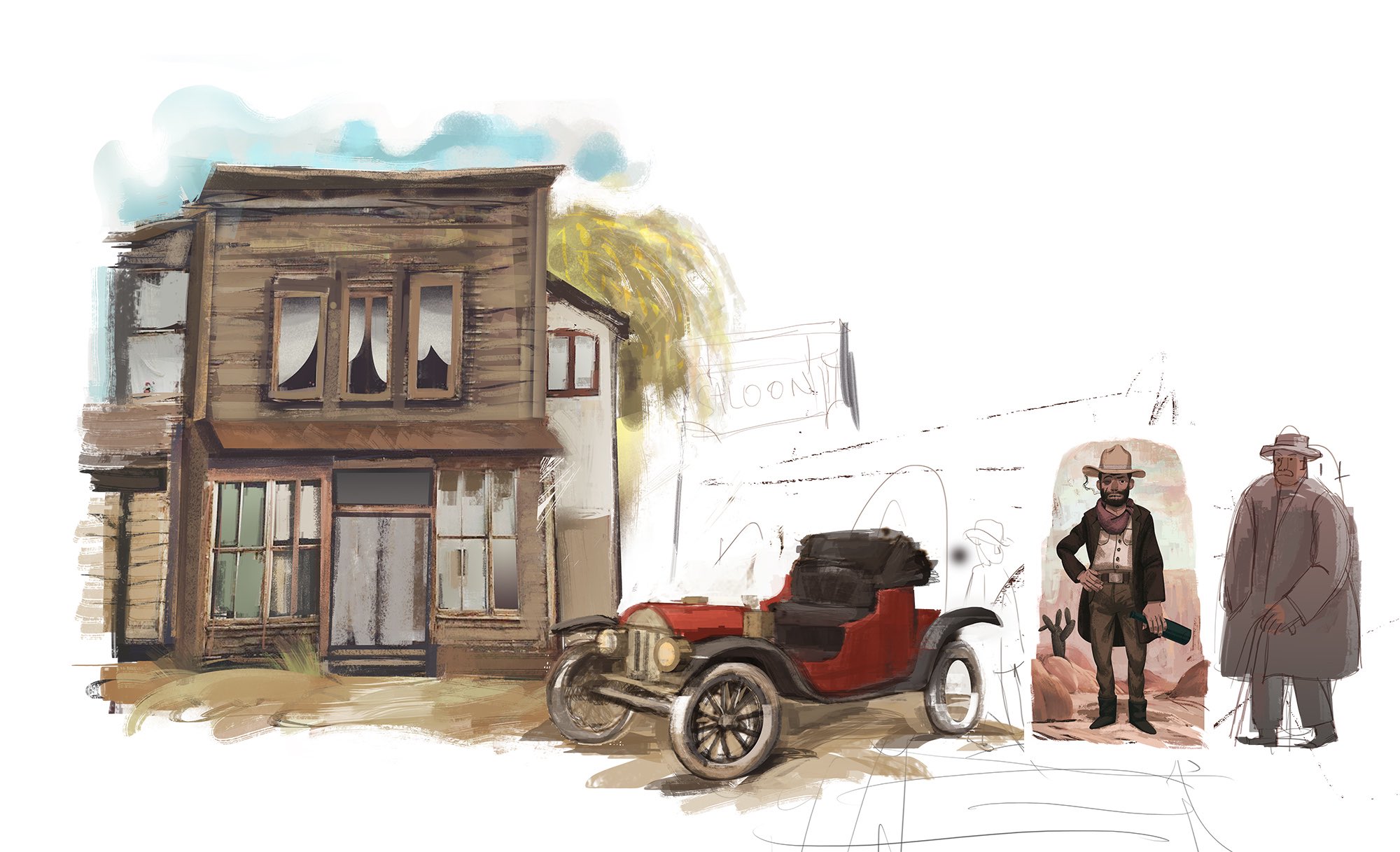 Where can our readers go to find out more about your work and are you working on anything new we should keep an eye out for?

I’ve been cursing animation for how slow its birth was and swearing that my next film will be live-action, yet somehow I have a feeling that I will be returning to animation one more time. I have three ideas I am working on, I’m not sure which one will make it to the next stage.

This development stage is the precious time when you are at one with your ideas.

One is inspired by a children’s book about the world, where you have to buy the words to speak them, the second one analyses possibilities of manufacturing falling in love and the third one is a musical about the mayor of a small town going berserk in order to make it a tourist attraction.

This development stage is the precious time when you are at one with your ideas. Gradually, when you become ready or are forced to, the two of you begin to separate, just like in a birth, a film materialising into a different entity altogether. And after it premieres, you feel like two strangers.