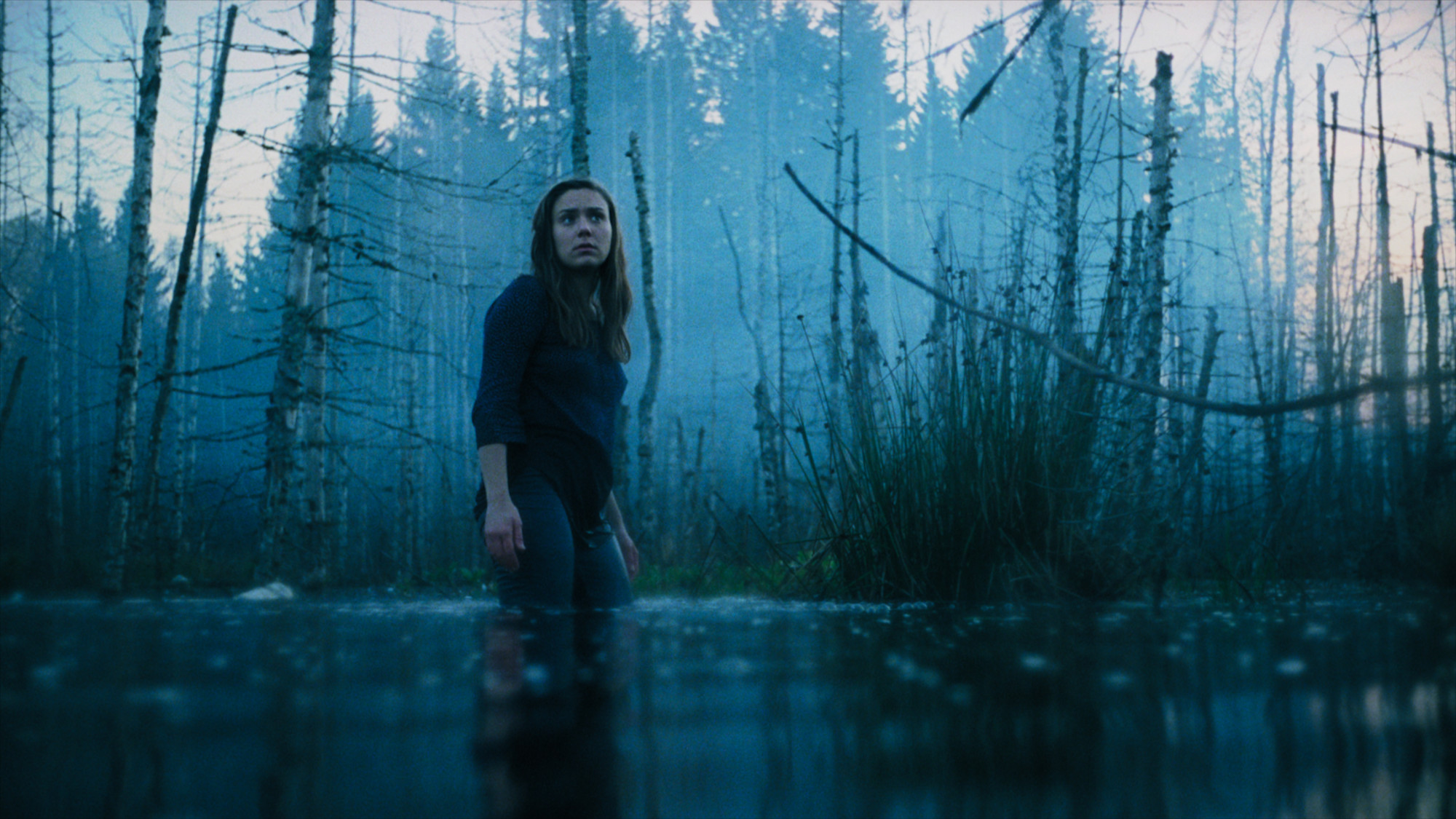 When embarking on a new film project there are a multitude of decisions you can take to make your future production life easier or harder. Deciding to weigh your lead actor down in the freezing waters of a lake so you can capture her roaming amongst the remnants of a sunken village in our opinion definitely slots into the ‘making life hard’ category! However, that’s exactly what Oslo-based filmmaker Niels Windfeldt set out to do for experimental short Rising Water. Watch this exploration of the past, present and the future, relative to human presence on earth below, after which Windfeldt recounts how meticulous planning gave way to the cold realities of underwater filming once on location.

For me, this journey started when I was diving through the desolate landscape on the bottom of Lyngstølsvatnet in the mountains of Norway. In 1908 a landslide blocked the river exit, consequently drowning the nearby village. The freezing glacier water has preserved most of the structures and forest.

I was struck by the unsettling beauty of this post-apocalyptic world. I really felt like I was getting a glance into both the past and the future. Following the experience, I started working on a creative concept with this unique location as the core of the story. It eventually became a story centered around the past, present and the future, and the relative existence of the human race.

Abstract concepts like this tend to change quite radically through the course of the production. This was especially true for Rising Water. Initially, I wanted the film to be more of a choreographed performance and a little more upbeat. But going into the underwater shoot I quickly experienced that there was absolutely no room for choreography (or directing for that matter), the sole focus was on staying safe in the extreme conditions.

As an experienced diver and filmmaker, I knew this production was going to be a hard feat. Because of the extremely cold water at the location, I needed to cast a specialized female cold water free diver. Turned out that there were about five potential candidates in the world. Aside from coping with the conditions, I also needed the cast to deliver a performance. That did not make it any easier. In the end, we ended up with a Dutch girl named Kiki Bosch. She was really into the concept and the message of the film from the start.

I was very lucky to involve some of my regular collaborators behind the camera. DOP Andreas Johannessen and Underwater Cinematographer Kjetil C. Astrup were on-board from the very beginning. I was also very fortunate to collaborate with an exceptional young producer named Renee Tvedt who really tweaked our tight budget.

I was struck by the unsettling beauty of this post-apocalyptic world.

I prefer working on film. For this project, we opted for 3-perf 35mm to maintain sharpness on big wide shots. At the time of the shoot there was not any technical solution available for shooting analog underwater. In retrospect, I’m very glad we shot digital because of the extremely tough conditions on location.

The production spanned over 10 days. We started off with some exterior scenes around Oslo, as well as some testing in a pool. The testing was very important in order to figure out how to weigh Kiki down with lead and how to walk and act underwater. We also shot some scenes where Kiki was lying on grass and getting submerged in water. We used a pool designed for simulating helicopter crashes in water. Kiki was placed on the floor of the fuselage on a grass matte prepared by Production Designer Julie Askildt then we lowered the fuselage into the pool. It worked surprisingly well.

We spent most of the production time on location on the west coast of Norway. We did a lot of preparations on how to minimize the time Kiki needed to be exposed to the ice cold water, so we felt fairly confident that our shooting plan was doable. On the first underwater session, however, we were seriously slapped in the face by the reality of the situation. Nothing worked as planned and Kiki had to be dragged out of the water, barely conscious, after a matter of minutes. We went back to the cabin, rented for the production, to regroup. We were a crew of nine people in total in the production, already with their hands full, so I had no clue on how to fix our issues. For the next session, I did some small adjustments to the process.

We were seriously slapped in the face by the reality of the situation.

Most importantly, I remained on the surface (in my diving kit) coordinating the session. Without an image, I fully had to trust the UW cinematographer and the DP behind a monitor in a small boat. That made a big difference in the speed of our workflow in the freezing water. Kiki also had to learn how to trust the safety diver (Henrik Dahl). His effort was invaluable for the success of the shoot. In the end I am so grateful for the dedication of this amazing group of people and how a very compact team was able to achieve something seemingly impossible.

After two full days in the water we had some good material, even though it was something else than I originally had in mind.

During the course of the production the project had changed quite a bit. Therefore, the editing process dragged out a bit. Together with Composer Jonathan Sigsworth we developed a score for the film. We went back and forth a little bit before settling on a more minimalist approach. I think the score really captures a lot of the mood of actually seeing the submerged landscape.

There is one VFX heavy scene in the film; of a human fetus attached to jellyfish. I worked with Storyline Studios in Oslo to create the effects. One shot is full CG, while the rest of the sequence is a combination of stock shots and CG. 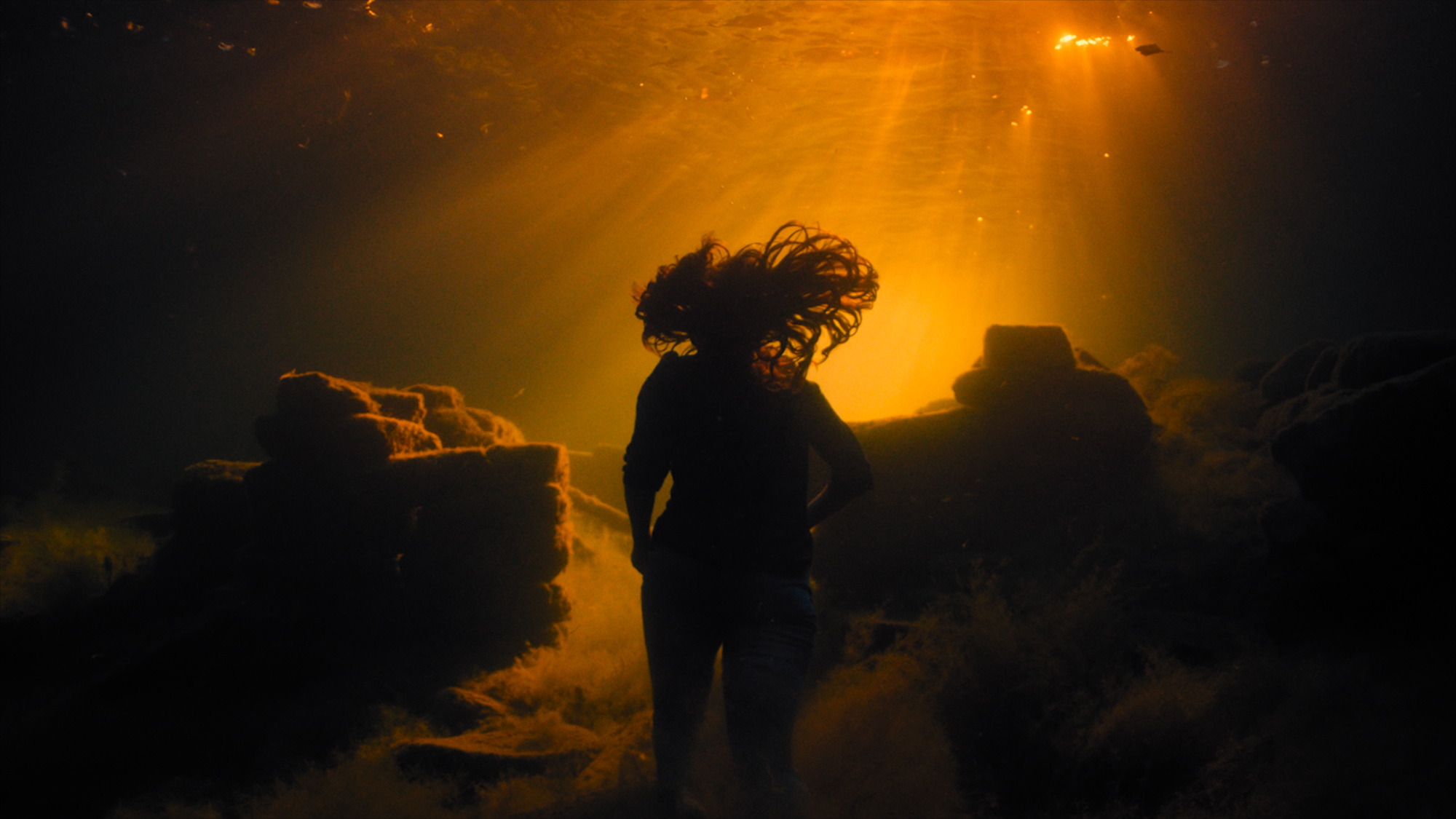 This project has been a massive undertaking in every possible way. I am very grateful for all the support from everyone involved. We were some of the last people to dive in the lake before it was closed for diving last year. Hopefully, we have managed to capture the nerve of this truly unique location.