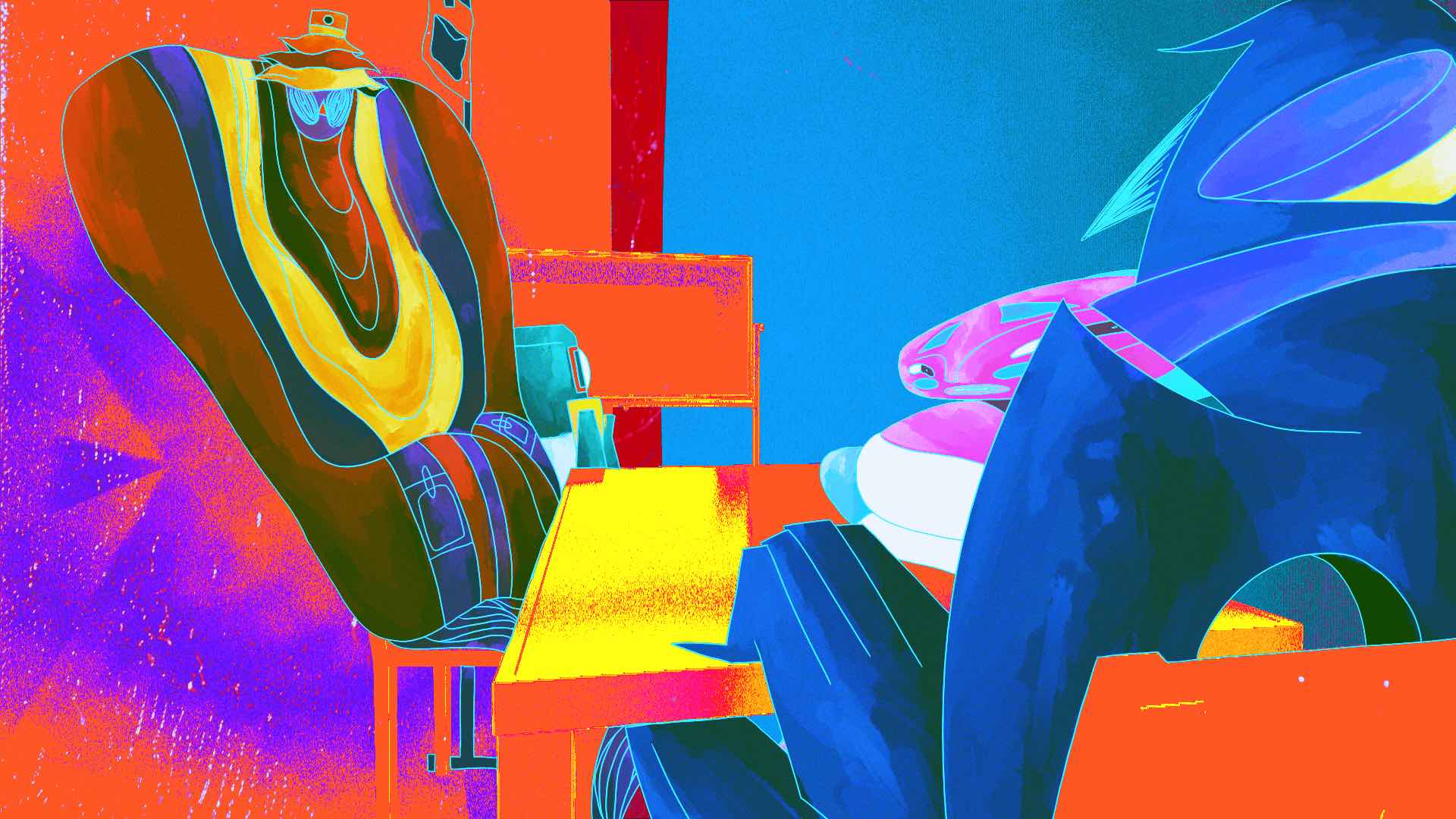 Depending on your beliefs, dreams can play a big part in your life. For recent graduate Cassie Shao, a three year old dream proved inspirational when it came to creating the final film in her time in education. The story of four people in a room, There Were Four of Us transports its audience into a lucid world of vivid colours and abstract images. Shao joins us to discuss her distinct approach to filmmaking.

The synopsis for your film feels purposefully vague, can you explain a little bit about where the motivation/inspiration came from to make this film?

The inspiration primarily came from a dream I had three years ago. It was a dream in which I was trapped in a room with three other people while all being the “suspects” to the ultimate question: “who did it?” In the dream we each shared a moment in our lives and realised that the symbol of death connected all of us together; that we were essentially one (that all “did it”). This dream served as the structure of the film. Later on, I decided to base the story on the passing of my grandfather; a new experience for me, as all my past works were strictly dreams. It then evolved. Throughout the year I was making the film, it eventually became a mix in which the reality is told through dream imagery. It’s sort of examining what is personal from a distance, which is interesting to me.

I figured I would aim to create an experience rather than a story with a purpose.

In terms of the synopsis being purposefully vague, it’s because during the making of the film I was asked a lot of questions such as: “what does it mean/what is it about/what are you trying to say?”; for which I don’t really have an answer to. I figured I would aim to create an experience rather than a story with a purpose. The viewers could interpret it as they like. In my opinion, the film is really just about the four people in a room and thus came the synopsis.

Colour seems to play an important role in your work, what made you choose such a bright, garish palette for your film?

I have always been enthusiastic about colour and a fan of colourful works, but I also wanted to create a sense of distance in this film. Granted the film revolves around death, and it is rather gloomy, but I didn’t necessarily want the viewers to feel sad about the fact that I was talking about my grandfather’s death or death in general. I personally wouldn’t associate death with sorrow, but rather a curious realm which I examine from ten feet away.

In order to translate that sense of distance and steer the viewers a bit away from designated emotions I tried to create a bright and colourful dreamscape.

I was more curious about the fact that when my aunt realised my grandfather was dying she tried to call my parents. Both of her phones (she does have two phones) just went blank and so my parents never arrived in time. I found myself wondering about things like whether that means at the moment of death my grandfather didn’t really want to see us. Or after his death, we would find a book on his bookshelf instructing one how to live until one is a hundred years old and whether that was what he sincerely wanted. I wanted to present these more than any sorrowful emotional response I may have to the death of a family member. In order to translate that sense of distance and steer the viewers a bit away from designated emotions I tried to create a bright and colourful dreamscape.

Can you tell us a little about the production methods involved in creating the film and any challenges you faced bringing it to screen?

It’s a bit of everything. I try to blend together both digital and analogue materials to evoke an otherworldly perspective. I would start with building and rendering 3D elements (mostly furniture, stairs and elevators) and then digitally animate 2D characters on top of it. About once a week I would go to the Oxberry room at USC and do some paint or sand on glass, shoot some found objects with interesting textures, and some large-scale paintings I did in class as I kept on moving them under the camera. All those would serve as background layers.

I guess the biggest challenge is to make all these different mediums belong in the same world.

For the mostly black and white section of the film, I After Effected some live action footage I shot before I printed them out as individual frames and painted on top of it. I then shot them under the camera again before I put the 2D characters in. I also experimented with homemade screen-printing a bit, but because it was such a slow process I only had one second of footage of that.

I guess the biggest challenge is to make all these different mediums belong in the same world. I was experimenting with that a bit with my previous works, have made some progress, and found that the important task is to find the correct colour spectrum and similarities in the textures of technologically formed shapes and organic brush strokes.

Sound plays a vital role in the disorientating feel of your short, how did you work with Katie Gately to ensure this part of the film was effective?

Sound always plays a vital role in animated films in my opinion. Katie has done a lot of amazing work for animated films. She graduated from USC and leaned towards the more experimental side of sound design which puts us in a similar scene. Our first meeting went quite well. Though many times I wasn’t sure if I was describing the sounds in my head she somehow got it. That made our further communications and sessions go smoothly.

I was especially happy with the trumpet performance during the climax of the film.

Before I talked to Katie I had previously laid down a soundtrack that served as a reference. I sent her that along with some other film references and told her I wanted clear upfront sounds; that I liked any sound that is out of the ordinary (e.g. door squeaking for a head turn). After that we just had two or three sessions where we sat down and went through the sounds one by one, adding bits and pieces here and there. I would just give descriptions of feelings I wanted to convey and mostly let her comes up with the exact sound. The sound design of the film is effective because Katie is an amazingly talented, intuitive, and perceptive sound designer.

I would like to mention my Composer Robert Wolf who is amazingly talented as well. He went out of his way to achieve what I wanted. I was especially happy with the trumpet performance during the climax of the film despite the fact that more experimental “distorted musical noise” is not quite his usual practice. 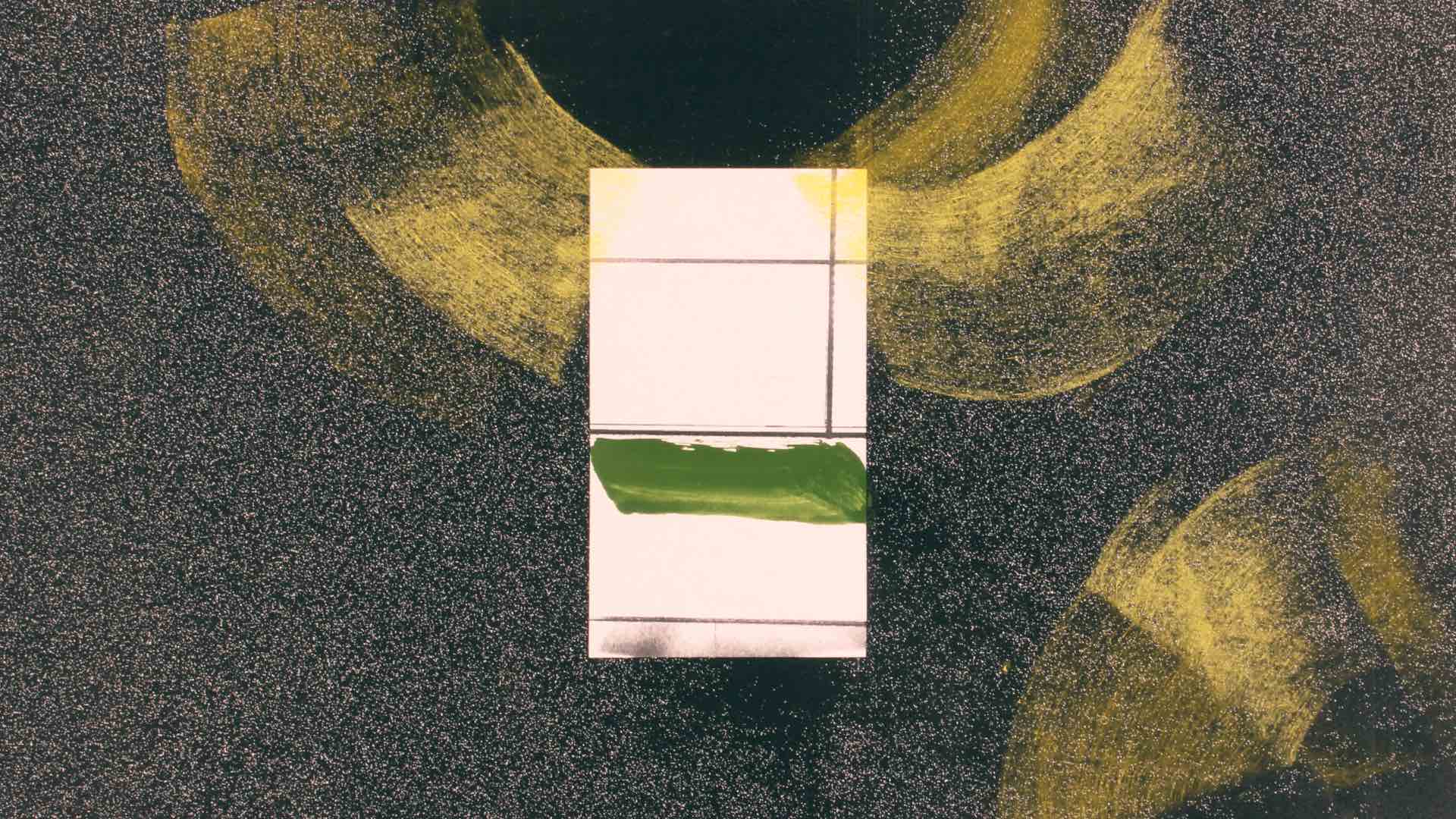 There Were Four of Us was created as your graduation film from the USC School of Cinematic Arts, I’m always interested with student films, was the making of it influenced by your studies? Did you think about grades/lecturer reaction when making it or did you just try to make the film you wanted to make?

I didn’t think about people’s reaction throughout the making of the film. USC is a very industrial school and I don’t think my work quite fit in. I was a little bit on my own as I was making it. However, I was guided and mentored by several amazing faculty members who came from experimental animation backgrounds, and they helped me tremendously in terms of both filmmaking and confidence boosting.

My main thesis mentor was Kathy Smith and we both worked with the concept of dreamscapes. She shared her dreams with me and advised me to keep a dream journal to refer to for ideas and encouraged me to continue the journey. She also had a class specifically on dreams as inspiration; which is right up my alley.

Overall, I was making this film for myself, but it was most helpful having found people who share similar visions and voices and everything that happened in that past year influenced this film a bit, so they are one of the big influences I would say.

What have you been working on since you graduated and where can we go to find out more about your work?

I’m working on freelance projects creating animated sequences for independent films and have just finished a music video. I painted a lot for the music video; much more than I did on my thesis. I attended a residency in November to develop my next project. While continuing to develop that I would like to freelance more and work on some more collaborative projects as well.