Carlo Chatrian, the new artistic director of the 70th Berlin Film Festival, started last week’s press conference with a few hesitant sentences in German before switching to English, confessing to the mostly German press that he didn’t want to ruin “your beautiful language”. Poached from Locarno Film Festival — which has grown in recent years due to its brave curation of hybrid forms and unique picks like 2018’s 14-hour La Flor — there is a huge weight on the affable Italian’s shoulders, who has been scrutinised for not speaking the language and bringing almost his entire Locarno crew with him.

Thankfully for him, he has had some German-speaking help from executive director Mariette Rissenbeek, who is handling the business side. This makes sense. It’s almost impossible to deal successfully with politicians, decision-makers, production studios and sponsors in Germany without at least some working knowledge of the language. It also means the Italian curator has focused on the only thing that truly matters: the movies.

It shows: this year’s competition line-up is a dazzling statement of intent. To showcase a forward-thinking approach while staying true to the city’s history, the classic German novel Berlin Alexanderplatz — previously made into a 15 and a half hour TV series by Rainer Werner Fassbinder — gets a contemporary, more diverse update by Afghan-German director Burhan Qurbani. Also complementing this Berlin theme, Ilya Khrzhanovsky and Jekaterina Oertel’s DAU. Natasha — the first film from his mysterious, controversial DAU project — plays in competition, while its ‘sequel’ (the details are unclear) Degeneration plays as part of the Special. (Khrzhanovskiy had tried to rebuild the Berlin Wall in the city, replete with border guards and fake visas, but was rebuffed for putting in the request too late, making his return to Berlin an intriguing one). Other Berlin-based films are Stéphanie Chuat and Véronique Reymond’s My Little Sister, set around the Schaubühne, and the return of Berliner Schule legend Christian Petzold with Undine (see below). 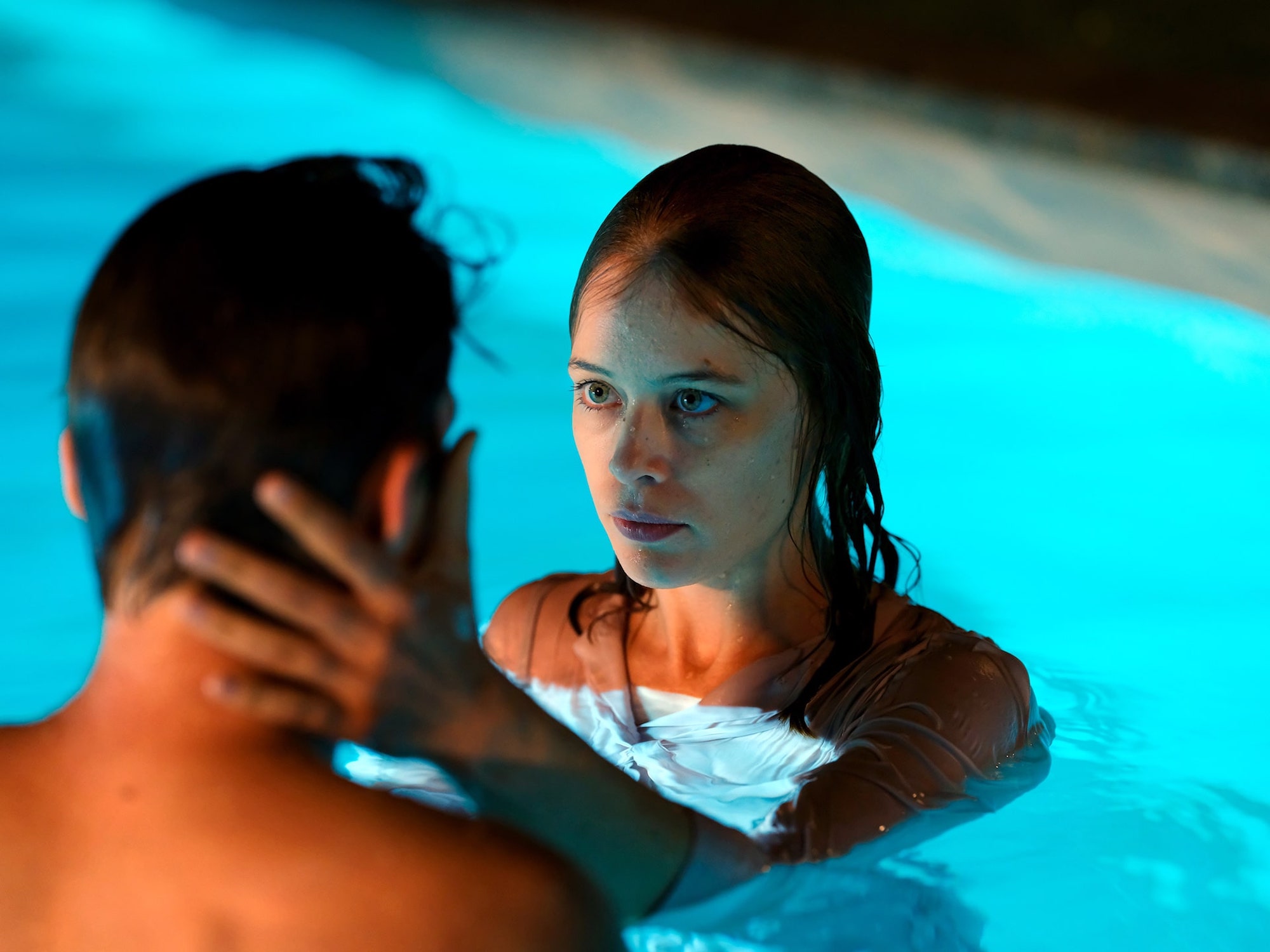 This line-up is refreshing news. The Dieter Kosslick-era, spanning from 2001 to 2019, was characterised by excess, extravagance and an over-emphasis on the red carpet. In my five years of attending the Berlinale, it has been steadily on the decline, vastly overshadowed by Venice, Cannes, Toronto and even Locarno. Last year opened with Lone Scherfig’s dreadful The Kindness of Strangers and the out-of-competition section inexplicably played Vice despite the fact it was already playing in US cinemas. This time the opening film is from the Berlinale Special: Philippe Falardeau’s comedy My Salinger Year starring Margaret Qualley and Sigourney Weaver.

The out-of-competition selection, which showcased films that didn’t compete for the Golden Bear but were still presented in the Berlinale Palast as if they were, has been axed. These films will liven up the Berlinale Special instead.

While the Berlinale Special has played host to some interesting works, it has mostly served as a way to get big stars to attend even if their films aren’t very good. Following this tradition, the year’s most high-profile event is Nanette Burstein’s four-part docu-series Hillary, which already previewed at Sundance to poor reviews, and seems mostly an excuse to put Hillary Clinton on the red carpet. (It’s worth noting that German conferences love ‘liberal’ American politicians: last year’s Bavarian tech festival Bits and Pretzels had none other than Barack Obama as the headline act). Thankfully, also playing in the Special are the latest films from Agnieszka Holland (who must have a standing order at the festival), Oleg Sentsov (recently out of Russian prison) and Jia Zhangke-ke, as well as Pixar’s Onward and Matteo Garrone’s Pinocchio, making it a fascinating mix of auteur and commercial work.

Real ones know that Forum is where the ‘true’ cinema is at, especially when it comes to experimentation, provocation and just plain ‘weirdness’. Here I have seen films dedicated to tractors (This Gigantic Furrowing of the Ground), a 45 minute tracking shot of a man collecting bottles (Drvo) and Mark Jenkin’s fabulous, black-and-white Brexit-yarn Bait. Organised separately by Arsenal Kino, this year’s selection, with a new section head Cristina Nord, has been trimmed to a manageable 35 films “characterised by how they look for ways to mediate between past and present”. Here we have a double-helping of Radu Jude, a four-hour exploration of Amazonian rivers (Light in the Tropics) and THE TANGO OF THE WIDOWER and Its Distorting Mirror, shot in 1967 but only just recently finished. This is complemented by a replay of 1971’s line up, presented to celebrate the 50th anniversary of the event: here one can catch Theo Angelopolous’ debut Reconstruction, Rosa von Praunheim’s It Is Not the Homosexual Who Is Perverse, But the Society in Which He Lives and Dušan Makavejev’s incendiary Balkan satire W.R. — The Mysteries of Organism.

While Forum can be rather inaccessible for some, Panorama offers an easier way to see new, politically-minded cinema. New section head Michael Stütz, states that this year’s selection is “emblematic of the urgency for political action and civil disobedience”. This year is focused on Crossing Borders, films such as Shine Your Eyes, Mogul Mowgli and Nardjes A. concerned with immigrant identity in a constantly changing world. This is complemented by the #metoo drama The Assistant, already a hit at Sundance, David France’s Welcome to Chechnya , about LGBTQ people facing systemic persecution in the region, and The Foundation Pit, comprised of countless YouTube videos of Russian citizens laying out their concerns for the nation with President Putin.

Kosslick’s unnecessary Culinary Cinema, whereby viewers could eat alongside food-themed films, has been axed. More regrettably, so has the NATIVe section, dedicated to indigenous cinema. In their place is the new Encounters section, installed to “support new voices in cinema and to give more room to diverse narrative and documentary forms in the official programme”. Featuring new films by Romanian new wave legend Cristi Puiu and, perhaps America’s next greatest auteur, Josephine Decker, this short, 15-strong section may prove a headache for press, especially as there are no pre-screenings, but stands as the strongest attempt to switch up the event. This is complemented by the one-off programme On Transmission — created for the 70th Anniversary and taking place at the Akademie der Künste — where two directors have a conversation framed by two film screenings. Dreamy pair-ups include Ang Lee talking with Hirokazu Kore-eda, Claire Denis with Olivier Assayas, and Margarethe von Trotta with Ina Weisse.

Other regular sidebars, including Generation, focused on the youth, Perspektive Deutsches Kino, featuring films produced and directed by Germans, Classics and Berlinale Shorts, remain in place, as well as a homage to Helen Mirren and a King Vidor retrospective. With over 250 feature-length films in total, the Berlinale spans decades of work and tens of different countries, offering a veritable feast of cinema that will probably prove both deeply invigorating and highly overwhelming.

To help sort through the mess, we will be bringing you all the best interviews from the festival, going deep on the topics that matter with its stand-out directors. Keep an eye out here at DN for rolling coverage of the event.

The Berlin Film Festival runs from 20th February to March 1st. Learn more about the event at berlinale.de.