In his obsession to find people who question standards, Swiss filmmaker Geoffroy Dubreuil takes us into the conflicted imagination of artist and surfer Yoon Duck Kim in Nowavephobia. The short is a light-hearted and visually inspired piece of art, all focused on Yoon’s self-diagnosed disease based around his unconditional love for surfing. DN spoke with Geoffroy to provide a window into the process of forming this unorthodox short and his collaborative experience with Yoon.

Yoon is an interesting character whose personality jumps off the screen, how did this collaboration come about?

Yoon and I met on his business trip to Switzerland (he was making a video for a Korean company) in Lausanne, my hometown. We immediately became friends and he came back the next year and he had more free time and stayed at my place for a few days. I was following his work and really digging it since I discovered it but I never mentioned to him any idea of doing a project with him.

The beginning of the year, always being a bit slow with work, I called him on a whim and asked if he would be up to make a project with me. I hung up and 6 days later, I was on the plane for freezing Seoul with my camera and absolutely no plan.

We’re taken from the grounded streets of Seoul to the fantasy of Yoon’s animation in the sea, was it a challenge blending the two in a cohesive manner?

It was the most challenging aspect of the project, we first wanted to integrate drawings over moving images that I filmed but it didn’t work as Yoon’s drawings have their own rules of proportions. After a few tests and reflections with Yoon we decided to have a clear cut between the two worlds and we ended even adding the little animation short that Yoon did unaltered in the middle of the video. I actually discovered that animation on our last day of shooting when recording Yoon’s voice at his office. My main goal was to showcase Yoon’s work and approach and it seems to me the best way to blend it into the movie was without altering it too much.

The story told through the video should make the viewers think differently about the way they see life in a more global way.

Yoon uses humour and animation to channel his struggle with surfing and personal creation, did you personally relate to his struggle and story?

Every life situation can be seen from a positive or negative side but seeing it from a funny perspective is the best way to look at life in my opinion. 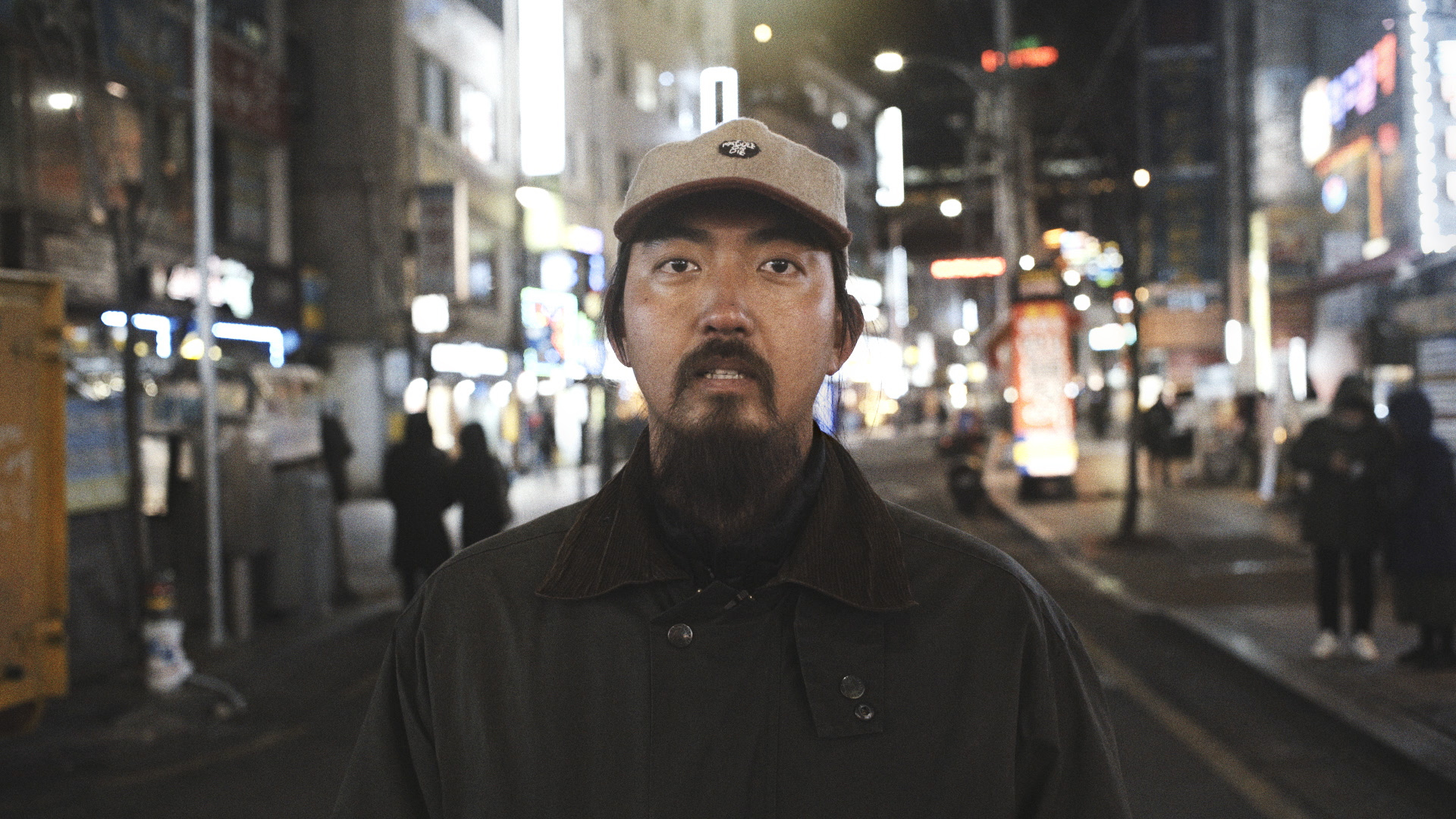 A lot of your work looks to place us in different people’s shoes, what inspires you to share these type of stories with the world?

I have an obsession with people who question standards, for alternative life styles or for everyone questioning the way we live. Artists are definitely in that category as they don’t go for a “normal lifestyle”. Discussing the way they see life and what makes them live the way they do always interests me a lot and I’ve figured out that other people may be interested too.

Before I start a project, I always wait long enough to see if I really want to make that video happen and I need to have a connection with the person first and of course, we need to be both down for it. The story told through the video should make the viewers think differently about the way they see life in a more global way, it’s in that more abstract reflection that my personal message and motivation to make those videos are.