Back on Directors Notes for a sixth time, industrious LA-based director Jonny Look delivers another slice of surreal with his fake plant-consciousness documentary Assholes. A film that deserves discussion, Look joins us to plead his innocence after being labelled a plant torturer (by me) and justify exposing our leafy friends to some truly horrible guitar music. Lets explore Assholes together:

I always like to start my interviews with taking a look back at the moment when a premise for a film initially formed in the creator’s headspace, but with Assholes I don’t even know where to start, I mean I’m assuming it all began with a deep rooted hatred of plants?

I love plants! Big fan of them. But maybe the hatred came from how they’ve become so precious?

I’m a bit of a cacti collector, and in doing some research on cacti, I came across this clip from the documentary Secret Life Of Plants where a woman was trying to teach her cacti the alphabet. I bought the book, watched the doc, and the initial inspiration came from all of that.

I loved the idea that she was trying to teach these things she cherished how to communicate. I mean, what would she want to talk with them about? It seems like a lot of work and pretty unrealistic, but still a very admirable task.

I’m kind of impressed – and also a little worried – by how many inventive ways you came up with torture plants in your film, did these methods all come easily to you, or did you really have to get into the mindset of these leafy show-offs to come-up with these horrific ordeals?

I wanted to get a wide variety in the film. The classics to me would be the things that affect their growth and life – like sunlight, water, pruners, etc.

But assuming they do have consciousness, I thought about the lives some unlucky ones are having in living rooms across the world; like being stuck in a room where a kid learns how to play guitar like Dave Matthews, or being the lawn behind the baseball field where everyone goes to relieve themselves. That’s happening every day.

I have a more complete list, potentially I could continue my work for years to come.

[The plants are currently thriving under Jonny’s care]

What happened to the plants after the filming? Did they return to their families in one piece or is the torture ongoing?

I know all the ones I’ve kept have found a new life! They are retired and growing again. I’m a good person! They are now all in my living room, attracting fruit flies.

There’s a lot of different theories around plant consciousness, did any of this real-life research prove inspirational in the development of Assholes?

Yes! This was a major jumping off point for me. I have my own theories about it as well.

I’m really into research and most of my projects start off with an insane amount of reading and data gathering, and then the final product usually feels like it has ignored that research altogether. So a wonderful use of time. But yeah, I mean there’s something going on with plant consciousness?

What’s your own personal theory on plant consciousness? Do they have feelings or not?

Well, I don’t think it’s something we can understand, or form into words or complete ideas yet. We don’t have the right language for it. I think waves have something to do with it.

There was a fantastic scientist named Marcel Vogel, who turned into a master of crystal energy after he began to research plant consciousness. Which seems like a far out spiritual place to end after starting in the world of hard facts. But I am attracted to a journey like that.

Personally, I don’t think that it’s a spiritual language that they speak, but maybe at the moment that is the closest language humans can relate it to.

There’s a certain retro look and feel to your film, what made you adopt this aesthetic/tone?

Inherently I was drawn to the look of the source material from the documentary The Secret Life Of Plants. But I also wanted to create something timeless rather than try to recreate anything too specific. Plant-technology is something that doesn’t need to be developed in any specific time period, so I wanted our film to equally be unspecific. Cinematographer Chris Westlund and I wanted to utilize the mechanical zooms to help change the attention for the viewer which is also a tactic we saw in a lot of nature documentaries.

Logistically it was important to use machines that could make analog noises – so we stuck with machines from the 70s. This way the plant voice could be a bit more tactile and feel haunting.

I love the little animated moments in the film, can you tell us about the importance of these in your piece and what you think they add?

Thank you! They were a tri-team effort between Buddy, Scott and myself. Since our science in the film was false, I thought maybe a diagram explaining that science would help make it all feel more believable.

I would break down what I thought the science was to Buddy based on the VO, who would then try and figure out what that science looked like. And then from there Scott would animation those images to make the point come across perfectly clear. Our goal was to try and make it all feel very matter-of-fact. Explaining an idea that is, not a theory. I mean, who would spend so much time making graphs for something that isn’t real?

Linas Phillips and the rest of the cast do a great job in making Assholes funny, but weirdly believable. Even though this is a pretty surreal film did you want a certain level of authenticity in the piece?

Indeed, it’s a hard balance. Because you still want to have fun, and create a character. Linas was fantastic to work with, he was channeling hints of Whitley Strieber. I love when you work with someone who has a completely different pallet of references from your own. You end up finding yourself in new territory.

I always imagined the short as something that the lab was making for investors or something like that. I love the idea that a viewer could stumble onto the film and for a few moments, not realize it’s fabricated. However, I didn’t want to lean into that world too much, just a little taste. That way we could still explore the world of the characters beyond the lab and move into more surreal moments – like the mindmeld.

With Assholes and Getting in a Van again, I feel like there’s a certain off-kilter mockumentary style you’re developing, that’s becoming recognizable as your work – do you have any plans to return to this style again?

Those two films feel like companion pieces to me. And both profile people who are certain about doing something that is not realistic.

Stylistically, I do really enjoy working in that false documentary space because the oddness feels a bit more magnified, even though it’s not that far off from reality. There’s more room to explore when just one step over.

I imagine this isn’t the last time I’ll be exploring that sort of space. 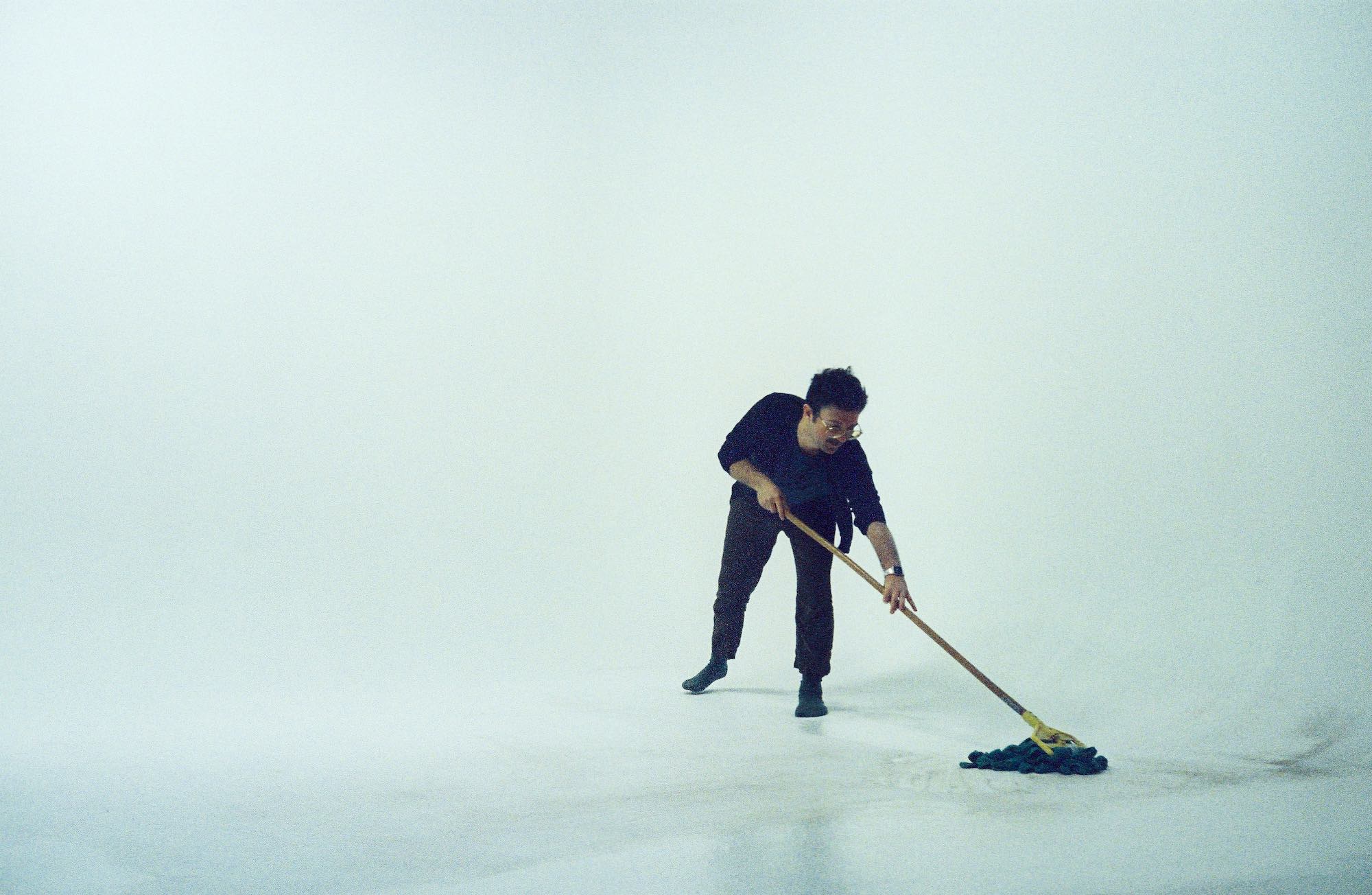 What else are you working on and where can our readers go to follow your work?

I have a few cacti projects in the mix. Spring is here and I’ll need to do a lot of repotting. As for film works, I have a few short experiments I’d like to do this year and a longer writing project I’d like to finally check off the to-do list.

Feel free to keep up with my work on Vimeo + Instagram.