Set in gritty inner-city Poland, Michał Włodarczyk and Łukasz Ruciński’s Transparent opens with a young man rapping with his friends before they abuse a gay couple who cross their path. Meanwhile, the same boy’s father secretly dresses as a woman. Over the course of Skubas’ music video we see these two very different characters clash heads to devastating effect. A story which feels unfortunately timely given the enactment of ‘LGBT-free zones’ across the country, we talked to one half of the duo, Michał Włodarczyk, about the current mood in Poland, the art of storytelling and achieving consensus on set.

How did you first get into contact with Skubas?

The project was made for Papaya Young Directors. It’s an international contest based in Poland for emerging directors and filmmakers. I think it’s one of a kind in Europe, as it’s a format where they have client briefs lined up for you. As a filmmaker you choose one then you write a treatment for it. The second phase gives you a budget to make a movie. We chose the artist, Skubas: he was one of the artists represented by KAYAX’s record label. We ultimately won 1st Prize in the Music Stories Category.

How many people were involved in the contest?

I think there were around 22 films made overall. I talked with the guys organising this contest, and if I remember correctly, around 1500 treatments were submitted. So we were in a big crowd of filmmakers.

It’s quite simple. It had the song and the interpretation of the artist, saying what it meant to him. Those few words from the artist were the most important thing. 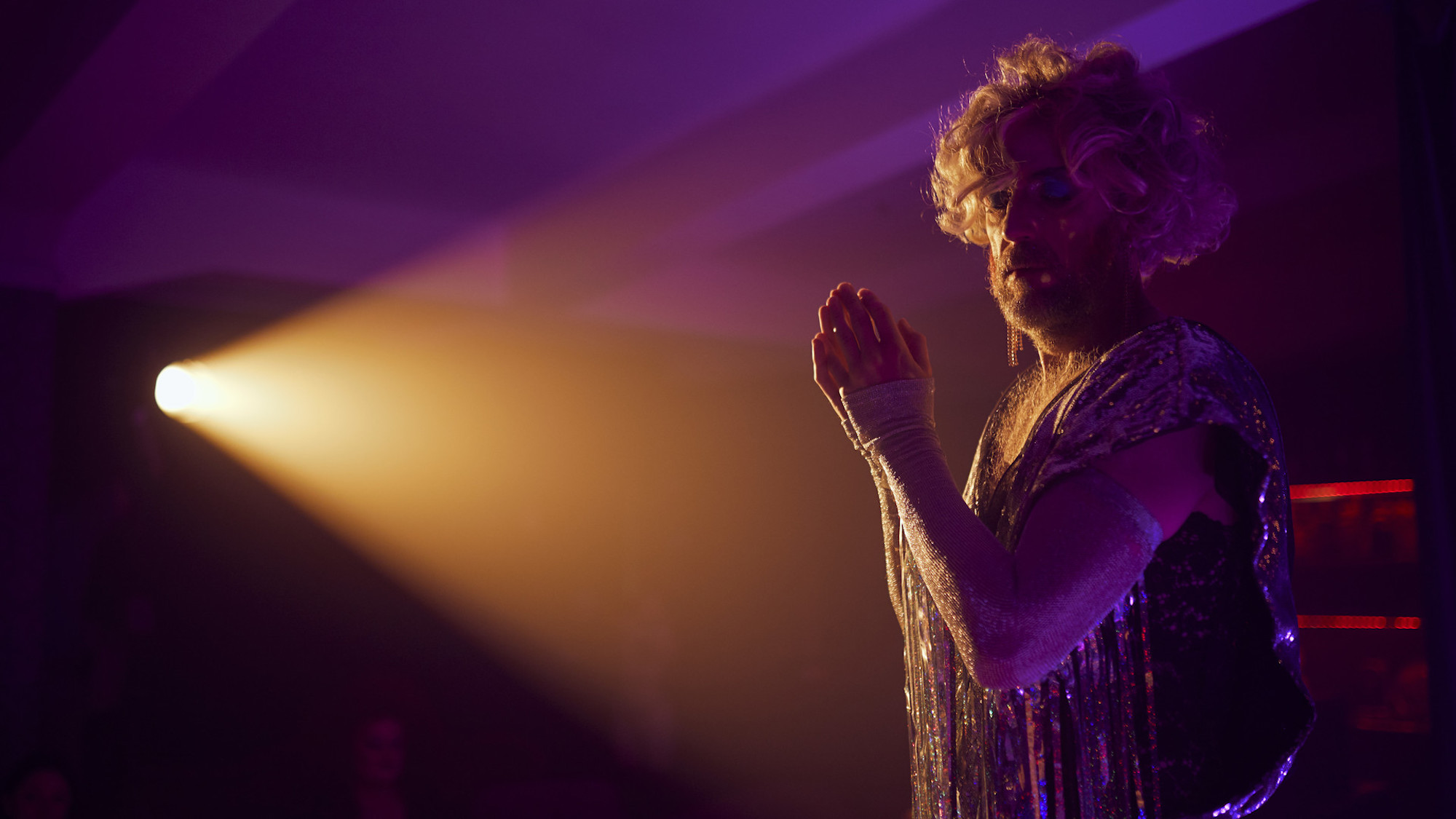 What inspired you to come up with this idea of a cross-dressing father and his homophobic son?

In Poland this is a very serious topic. We were keen to have this socially important topic but the song was about a father and son that are trying to manage after the mother left them. We thought that it would be interesting to find a reason as to why they were left alone. So we found a very distinctive secret of him being a transsexual Dad, and that his young son didn’t really know. So we have the story of this young hoodlum discovering the secret after some time.

In my opinion, even the worst-looking film with a strong story is better than the other way around.

I would say it’s more of a film with music than a music video with a narrative. How did you think about telling the story?

Me and Łukasz derive from storytelling a lot. We met in film school and we want to tell strong stories. We don’t just like those music videos that are just really pictures with nothing of substance. In my opinion, even the worst-looking film with a strong story is better than the other way around. We wanted to expand the story inside the music. We started out with this concept, trying to figure out where those characters were at the beginning, and what the conflict was. We also wanted this distinctive environment that they’re in. The father is in more of a worker’s district, working in construction. We wanted to create a world where the father wouldn’t be as keen to tell everyone that he is a transsexual. The question is: how well can he hide his secret? 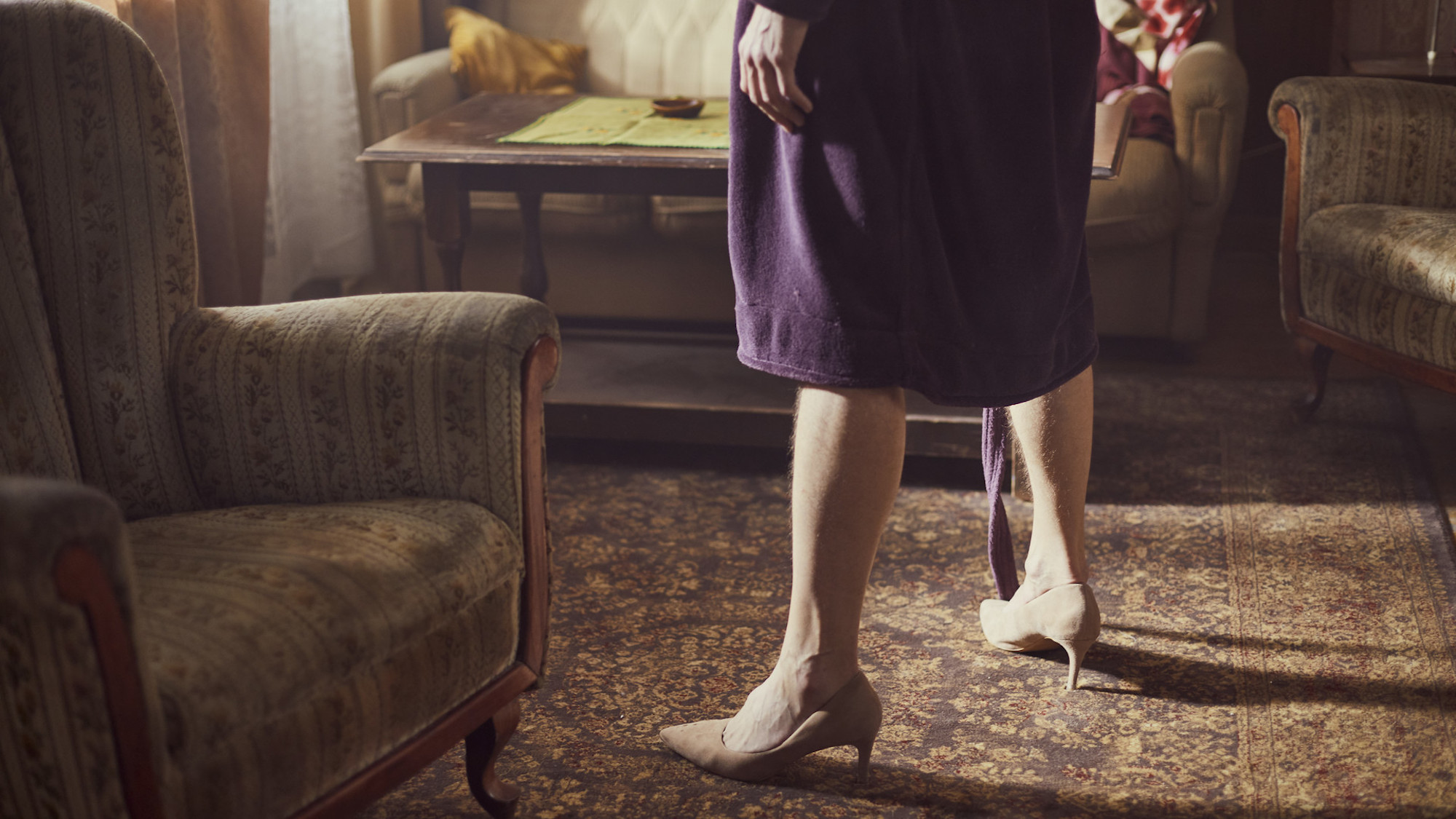 Did you do a lot of location scouting to find the right place?

We were riding around town for two months looking for a perfect location. A perfect old building that would fit our film and would fit our storytelling, as well as a place where our crew would be safe. We found a lot of cool, good looking places, with a sense of dread as soon as you came into them. But people living there are not keen on filmmakers. We really wanted to make sure that our crew and talent would be safe. So even if we found a good location at first, we had to revise our thinking and make sure that it would be OK on the set.

This also comes at a time where anti-LGBT sentiment is on the rise in Poland, with LGBT-free zones and the re-election of the homophobic president, Andrzej Duda. Did you feel this was a story that needed to be told?

We came up with the idea in December. It was not as rough for LGBT people then. It was an important topic and it was getting tenser, but the tough things were said after we filmed; the music video premiered in the aftermath of the political campaign. So we wanted to tell a very important story, and we wanted it to be heard, but we didn’t know that it would become this big.

The relationship between the father and son is a very touching one. There’s a lot of love there despite their conflict. How did you want to play that out?

We thought a lot about the relationship. We wanted to answer a lot of questions. For example: is the son blaming the father for the mother leaving, does he hate him, or is there another reason for it? We came up with this very light, very thin relationship between them where they are tolerating each other, they are living together, even if they don’t talk with each other. The son could be the one that treats his father roughly, but he won’t allow anyone else to do it. That’s why he’s ultimately defending him later on.

We had one ultimate rule on set: no frame or scene is ended until we’re both happy with it.

You work as a part of a duo with Łukasz, what’s that like?

We’ve collaborated a few times before, advising on each other’s scripts. This is the first project that we directed together and it went well because we have a good mix of character and we complement each other so cooperation comes naturally. I think that it’s a good process because we just complimented each other. We had one ultimate rule on set: no frame or scene is ended until we’re both happy with it.

Will you work together again?

This particular project was a good test for us and working as a duo works. The final product is way better than when we would do it on our own. We have some music videos lined up that we will be working on together soon.