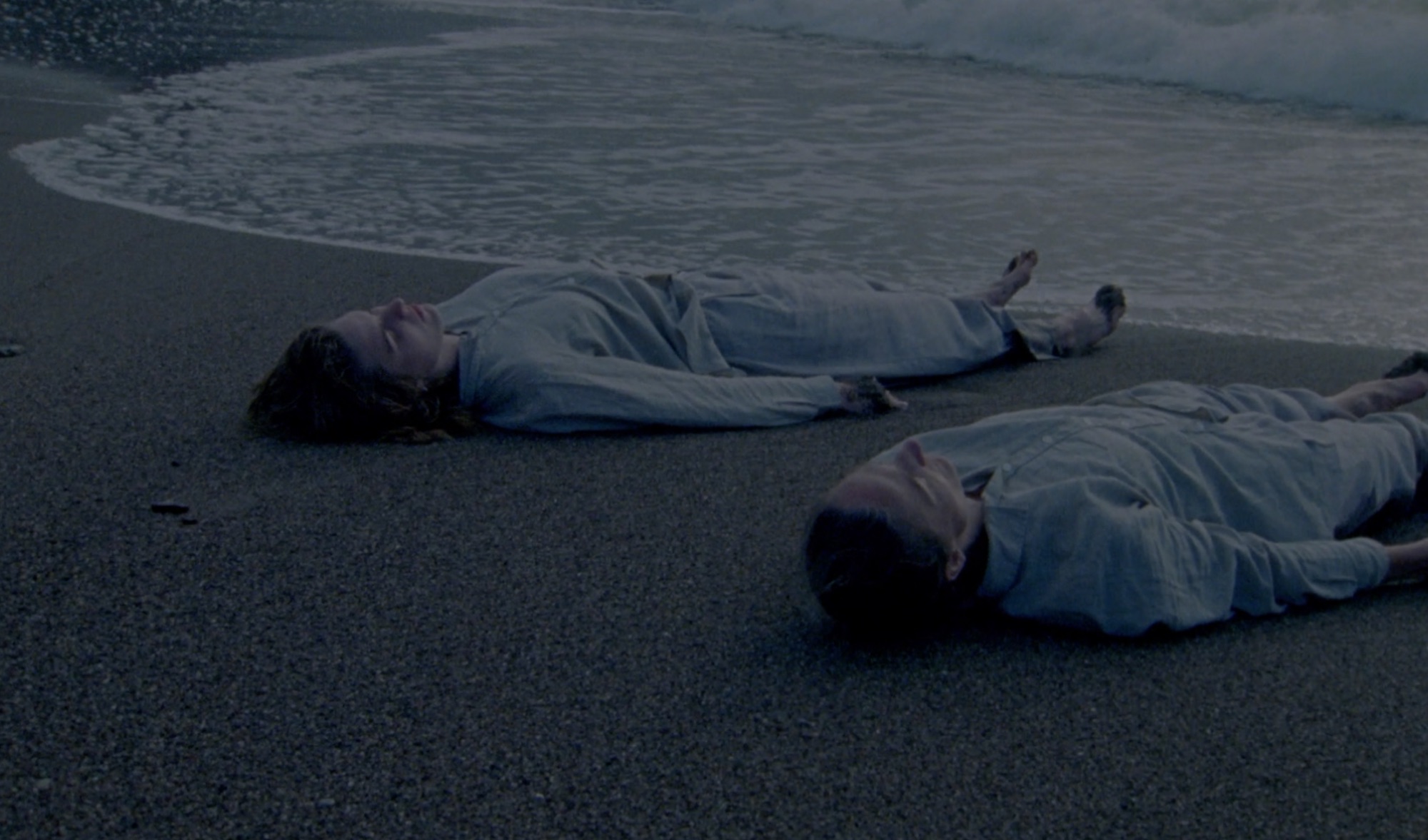 Shot on a vast cliff edge on the border of Estonia and Latvia, Director Viktorija Vrublevska has crafted an experimental dance film which expressively conveys the process of separation between mother and daughter. Dancers Tiina Ollesk and Emilija Berga embody these roles with fluid and tense choreography which creates a strong and emotional back and forth. It’s a beautifully simplistic piece of work which was created between the lockdown restrictions in Latvia. We had a conversation with Vrublevska about making the film in that span of time and embracing a swift preparation period.

What was it that made you want to explore the relationship between mother and daughter with Sepa?

I feel like I’ve wanted to do something that would combine elements of sea, concrete and dance for a while. The theme of mental separation from parents felt appropriate, as it also allowed me to feature dancers of different age groups, something that I personally want to see more of.

How was it creating the film amidst the global situation, did that cause any difficulty with production?

Around two weeks before the end of the summer, I approached Nikita with my idea. We quickly realised that we had to prep the shoot as soon as possible, considering we didn’t have a lot of time until the weather would get cold. We also weren’t sure what would happen with borders and that could have been problematic since one of the dancers I found was travelling from Estonia. In the end, we were basically lucky to get everyone together a day before the restrictions came up at the beginning of September, otherwise it wouldn’t have worked. Ultimately, this film was really fun to work on and I’m so thankful to everyone who was involved.

What made you decide on the location?

Earlier last year I began researching different ruins next to the seaside and stumbled across this location in Liepaja, Latvia. Northern Forts is actually a large historical site that was built during Tsarist Russia and has quite a peculiar history. First, I just went there by myself, it looked promising, so I went back to scout with Nikita Popkov (DoP) and Michael Nadalyak (Producer). Once we were all happy we basically decided to just go for it.

Did you have to heavily prepare the choreography before the shoot to accommodate that?

There wasn’t much time to prepare choreography, I think we spent about five hours before the shoot together with the cast, figuring out what we were going to do. I was really impressed by the artistic talent of both Tiina and Emilija. I’ve also learned a lot from Renee Nõmmik, the way he, as a choreographer, speaks to dancers is very unique and powerful in my opinion.

I can’t imagine shooting this project in any other way as the film really helped to elevate natural light beautifully.

How much of the camerawork was planned and how much was improvised during the dance?

I just trusted Nikita with his judgement, as I really admire his artistic sensibilities. A large chunk of what we shot was improvised, so it really helped to have someone around that could elevate what was captured through his creative choices.

It has a really strong and textured look to it, what did Nikita shoot on and what inspired that choice?

Nikita suggested shooting on 16mm right away, choosing Kodak Vision3 500T for its bluish colour rendition. Looking back now I can’t imagine shooting this project in any other way as the film really helped to elevate natural light beautifully.

What do you feel using Mark Pritchard’s music brought to the film?

We were incredibly fortunate to get permission from Mark Pritchard to use his music. Together with the spoken word by Gregory Whitehead I feel like it helps to make the film more grounded. The words he speaks are actually from the Bible, I didn’t know this at first, but I feel that combined with visuals of women dancing it almost sends some kind of feminist message.

Right now, I would like to develop some existing ideas I have into something more concrete and not rush into anything quite yet.