Final Girls Berlin is a horror film festival that is set to take place online from February 4th to 7th. What separates it from other horror film festivals is its focus on female-led work, whether that be in front of the camera with strong, female-centric stories or behind it in key crew roles. These are stories by and about women, and the collection of shorts on offer at this year’s festival are superb. There’s a really wide range of horror subgenres on display too from cyber horror to films about isolation (timely!). It’s genuinely been a tough decision to narrow my recommendations down to ten because there is so much great work on display, and not just for genre fans. So, see this list as but a taster of the programme, a few highlights from a festival packed with excellent horror shorts.

Javi Prada’s Spyglass is sharp satire of influencer culture. It consists of Paula, a young influencer, organising a stream where she threatens to drink hydrochloric acid in an effort to showcase how inefficient her country’s health services are. As Paula’s stream grows, the pace of the story quickens, surging in tension and highlighting the overwhelming pace of an always online world. Prada’s film is shot with a pulpish neon flare too which highlights the hyper-stylised nature of the false reality streaming culture can permeate. A gripping and disturbing inditement.

There Will Be Monsters – Carlota Pereda

Short and sweet barely covers the surface with what Pereda explores in There Will Be Monsters, a horror drama where the monsters of the real world rear their ugly heads. It begins late at night when five men approach a seemingly inebriated lone woman. As they gang up on her with primal animosity they quickly realise that they may have bitten off more than they can chew. Pereda’s film is a sly revenge tale with a post-modern ending that adds another dimension to its depth. Not bad for a five minute short.

The Hunt is a tense thriller with a focus on themes of morality and maternal instinct. It sees an elderly mother wrestle with an internal debate on how far she should go to protect her family from a presence already within. Fajardo wrote, directed, edited, sound-edited and even provided the score for The Hunt, which provides an omnipresent atmosphere of eerie unease throughout.

“Is it a satanic cult?” “Worse, it’s a men’s rights group”. Don’t Text Back is a sharp horror comedy about trying to end things after a bad Tinder date. Adelaide and Sharp’s witty script pokes fun at modern dating as a young woman seeks the help of an energy healer to rid herself of a cursed necklace that strangles her if she doesn’t text her bad date back. The screenplay is packed with knowing, and often hilarious, nods towards contemporary culture but underneath it’s about the power of female friendship. A low budget affair with strong comedic performances.

This was a real favourite. Brilliant execution of a very simple concept. I almost don’t want to spoil it. Taylor and Clark’s film is a minimalistic and sensory story that taps into primal fear. A woman alone in her apartment, going about her business before the equilibrium is turned on its head in a humanistic and terrifying way. There’s not much more else to say, but if you’re able to see this one – do it. You won’t regret it. A great horror short.

DN alum Thessa Meijer – who we last spoke to about her brilliant tragic fantasy The Walking Fish – is present here with Heat, an absurd and comedic body horror that makes brilliant use of a vivid colour palette and cartoonish visual effects. It takes place during an extreme heat wave, when a shy girl takes refuge in an ice cream parlour. And whilst it may be brief in its runtime (a humble two minutes) it still manages to pack a florescent punch of burgeoning adolescence.

A pleasant surprise to see Stucco appear in the Final Girls Berlin programme. I spoke with Directors Janina Gavanka and Russo Schelling last year about their wickedly strange short which tracks an agoraphobic woman who discovers a monstrous hole in the wall of her house. It reminded me at the time of those typically slow-burning 70s horror features about psychological descent. This time, with added monster. Gavanka and Schelling’s antagonist is a practically created manifestation – an important intention on the directors’ behalf, which they spoke about at length in our interview which features the film in its entirety.

There was a moment when watching Hammersley’s film that I found myself thinking I was watching a fully-formed TV series. Fragile.com boasts strong and slick production and ends on a note that begs to be explored more. It follows Mara a teenager who, whilst emotionally vulnerable after being rejected for prom, gets approached by an older man who asks her to appear on his website which streams crying women. The film balances Mara’s ascent into the disturbed world of online fame alongside her high school drama with deft ease. But perhaps its strongest, and most disturbing element is in how quickly Mara ends up in her situation in the first place. 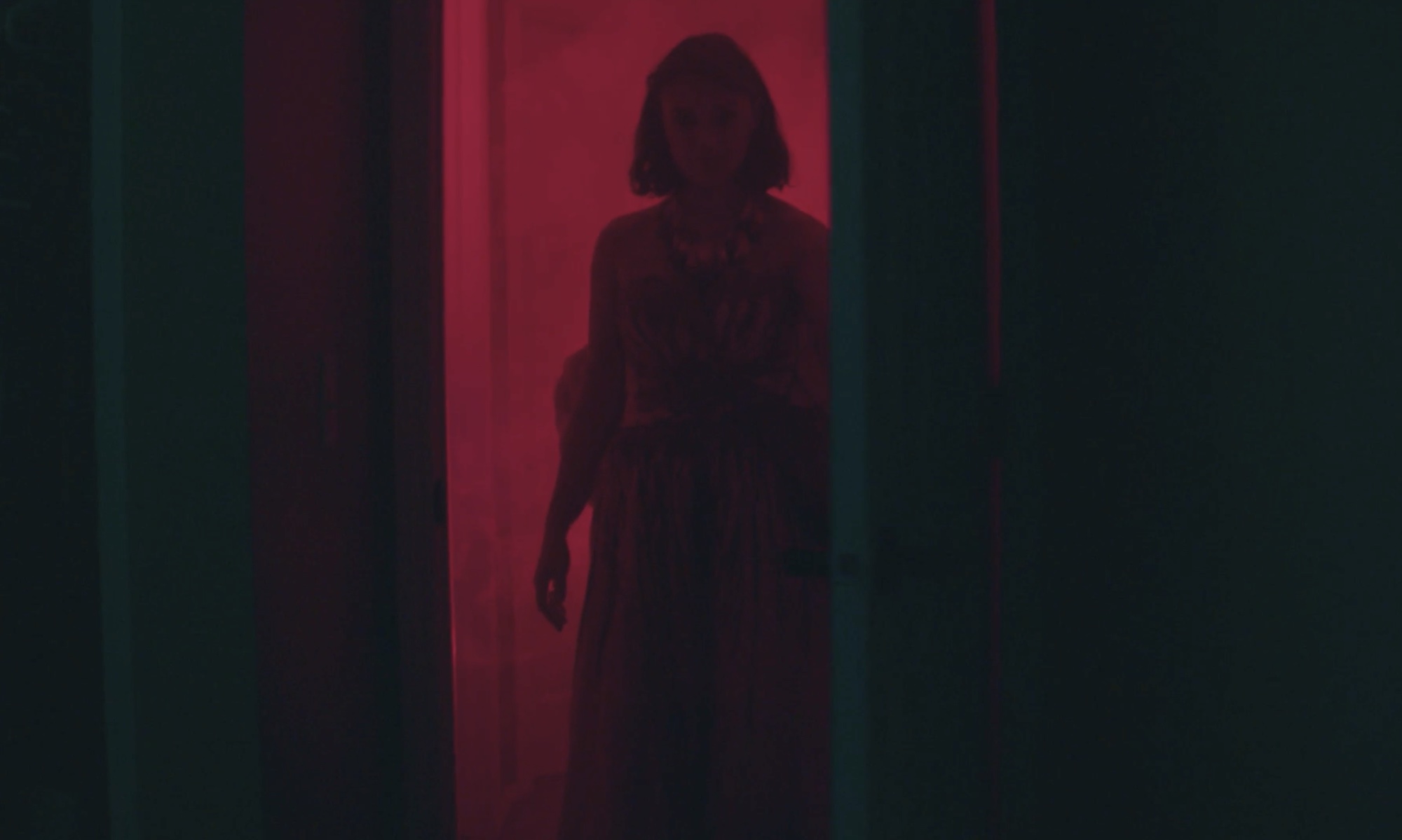 Stewart’s The Curse is a succinct and hilarious portrayal of young femininity. When a girl sees her brother be rewarded by the tooth fairy, she takes matters into her own hands by planning to summon, and rob, another fantastical creature, the period fairy. Through a use of snappy editing Stewart’s tale unravels, showcasing her young protagonists’ strong instincts with it all culminating in a surprisingly bloody ending.

Setsubun is a Japanese tradition where, in order to protect you home from the invasion of evil spirits, you cast soybeans outside the house on the last day before spring. Takamastu and Lucas’ Bakemono is a paranormal fable about what happens when this tradition is broken and a family is haunted by a ravenous spirit. It’s a short which is shot beautifully and features some really impressive (and creepy) practical creature makeup.