Manchester Animation Festival 2021 Preview: “Animation For All” in First Ever Hybrid Edition 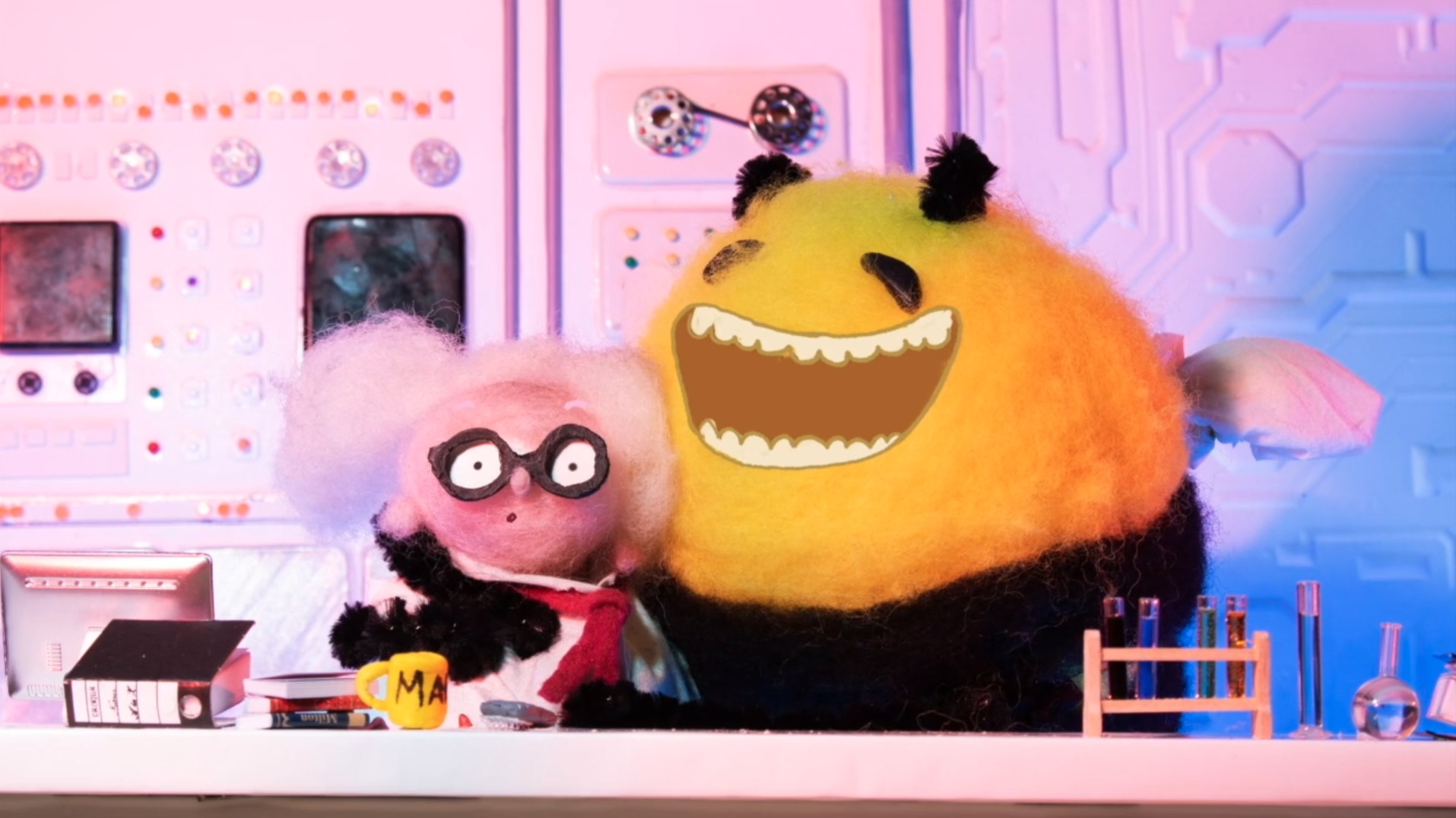 Like many festivals in 2020, Manchester Animation Festival found itself having to adapt for its sixth edition, with the event taking place entirely online. With COVID restrictions lifted in 2021, this year UK’s largest animation festival returns with a hybrid edition, with Festival Director Steve Henderson admitting he hopes this offers the audience a way to “experience the best animation has to offer in a way in which they feel comfortable”. Eager to find out what this year’s festival has to offer we spoke to Henderson to find out how excited he was to welcome live audiences back, how many films he watched in the selection process and how the spirit of independent animation helps to drive the festival:

With MAF 2020 100% online – how does it feel to be welcoming back live crowds and in-person events?

The 2020 online edition of MAF helped us reach a wider audience than we have ever done so before and we learnt a lot about online events that we passed onto other events. 2021 is a bit of an odd year really, the pandemic is still happening but events are still taking place with audiences caught up in the middle, so it made sense for us to offer both so people can experience the best animation has to offer in a way in which they feel comfortable. We’re excited to be safely welcoming people back to see films on the big screen again. Having both in-venue and online activity for 2021 basically means double the work though so it has been a challenge! How do we feel? Knackered! However, it’s always worth it as the MAF audience is the best audience in the world and we love getting feedback and hearing how much they enjoyed what they see at the festival both online or in person.

Are you still viewing all the films yourself and how many did you have to watch this year?

The best part of organising MAF, and the part with the most pressure is selecting the films in competition. We’re a small team doing a big job with exec producer and programmer Jen Hall, Filmed Up’s Isabelle Croissant and myself doing the final selection together. The three of us watched the thousand or so entries individually and then went through the entries together over an epic couple of weekends to whittle them down to the selection we have for MAF. Jen and I have very different tastes in film and Isabelle makes a great referee but also shares some amazing perspectives with us so we can all be sure we’ve selected a good range for our audience.

We’ve added two new competition strands this year, with a Feature Film competition and a Short Films for Children category now included. This year we’ve changed our Short Films in Competition title to The Animation Mixtape as we have always referred to the shorts competition as that behind the scenes as it shares a wide range of different styles and storytelling methods from an eclectic mix of international storytellers. Our Student Film is now New Animated Voices and Commissioned Films is now Commercial Curiosities. The titles have changed but we’re still sharing the same fantastic work we always have.

The festival is crammed full of exciting screenings and events, but a couple of the standouts for me are The House and Robin Robin Q&As as both of these are filmmakers we know from the short film world, stepping up to bigger projects. When programming for MAF, how important it is to the team to put on events that you know will be inspirational and motivational to emerging filmmakers?

We love independent animation at MAF and our film competition is at the core of everything we do, we started MAF because we love sharing the rarely seen work of animation filmmakers with a bigger audience and inspiring filmmakers. It’s always really exciting to see filmmakers that you admire from the short circuit be given bigger platforms and budgets to take what we already know them for to a mainstream audience. As a festival, we always try to ensure that our speakers and events share an indie spirit. Our competition is free to enter so we like to think that it’s accessible to anyone and that the people who give talks at MAF can inspire the emerging filmmakers in our audiences and share their journey. It’s also important as the UK’s largest animation event that we reflect the entire industry too, so our industry day is uniquely placed to welcome those in the frontline of animation and those wishing to find out more. Our festival motto is “animation for all”, so we like to hold ourselves to that in everything we do.

Not content with programming an impressive selection of shorts and features, MAF2021 also has an inviting array of events for filmmakers and fans to enjoy. Again, for me, the Q&A’s with Mikey Please and Dan Ojari on their Netflix special Robin Robin and the one with Niki Lindroth Von Bahr, Paloma Baeza, Emma De Swaef and Marc James Roels on making the series The House, stand out for anyone interested in making the jump from short film to television. The Tonko House Masterclass is also intriguing and as a Dad of two huge Hey Duggee fans, the Character Workshop with designer Ross Phillips looks a lot of fun. However, if you’re looking for insider knowledge of what to check out, then look no further than Festival Producer Greg Walker, who knows what this year’s MAF has to offer inside out:

I’ve gotta say that the fellowship event is fantastic this year! One of the pros of being online and doing pre-recorded events is getting to sit and watch them in full, sometimes multiple times; this year’s Fellowship is a 95 min deep dive into the worlds created by Jorge Gutiérrez & Sandra Equihua. They were super generous with us and have given our audiences a rich, hilarious, and sprawling look at their work and bringing their culture to the world of film & TV. Definitely not one to be missed!

The Weather is Lovely – Chun-Chien Lien

This charming Steampunk tale of a cloud maker who accidentally drops his gadget and allows its finder to create a thunderous monster is a blast for adults and children. Mixing glorious animation with a fantastical storyline, the world-building alone is to be marvelled at, but they pack the narrative with emotion and suspense, making for a gripping watch.

Love is Just a Death Away – Bára Anna Stejskalova

The surprisingly tender tale of a parasite that inhabits the corpse of a dog to move around its landfill home, Stejskalova employs meticulous stop-motion to bring her twisted fantasy alive.

My Grandmother Is an Egg – Wu-Ching Chang

A touching, insightful and beautifully made animated documentary, My Grandmother Is an Egg explores the Chines tradition of T’ung-yang-hsi, the practice of selling a young girl to another family to be raised as a future daughter-in-law.

As part of the MAF 2018 Jury that awarded Patthey the Best Student Film award, I’ve been intrigued to see what he did next and this co-directed short with Monney doesn’t disappoint. Carrying on the ‘sketchbook’ style, this exploration of old age, in the setting of a retirement home, is a moving and hypnotic watch. It’s one of my favourite shorts of 2021.

A wonderfully immersive short, See Me explores adult idiosyncrasies from the knee-high perspective of a toddler exploring her parents’ party.

Following on from his hilarious (co-directed) festival favourite Wildebeest, Keepens’ first short as a solo director feels like an early Mike Judge film made for an arthouse audience. This oddly captivating tale of two young boys trying to make a quick buck has already impressed juries and audiences at events worldwide.

A bizarre fantasy set in a secret underground garden where an isolated gardener grows a child with dangerous nails in one of his pots, Plantarium is one of the stranger films you’ll see at MAF, but also one of the most memorable.

For a six-minute film centred on a couple of carnivorous plants, Cloutier’s Bad Seeds packs a lot in. A laugh-out-loud short that tackles evolution, competition, politics and much more, I’ve seen this film at least fives times and I never tire of it.

A seductive and intoxicating short that embraces its audience in its bittersweet romance, Hold Me Tight follows two silhouettes in a moonlight forest as the are both drawn to and repelled by each other.

Section: Animated Shorts Mixtape – Side B

Partly inspired by the Bayeux Tapestry, Cuties sets out with one ‘simple’ goal – to present a hand-drawn sequential telling on human history! A dark and frantic film, though human evolution has been captured in animated short films before, no-one has done it quite like Scott.

Section: Animated Shorts Mixtape – Side B

You can find more unmissable films, like the ones playing Manchester Animation Festival, in our Best of Fest collections.