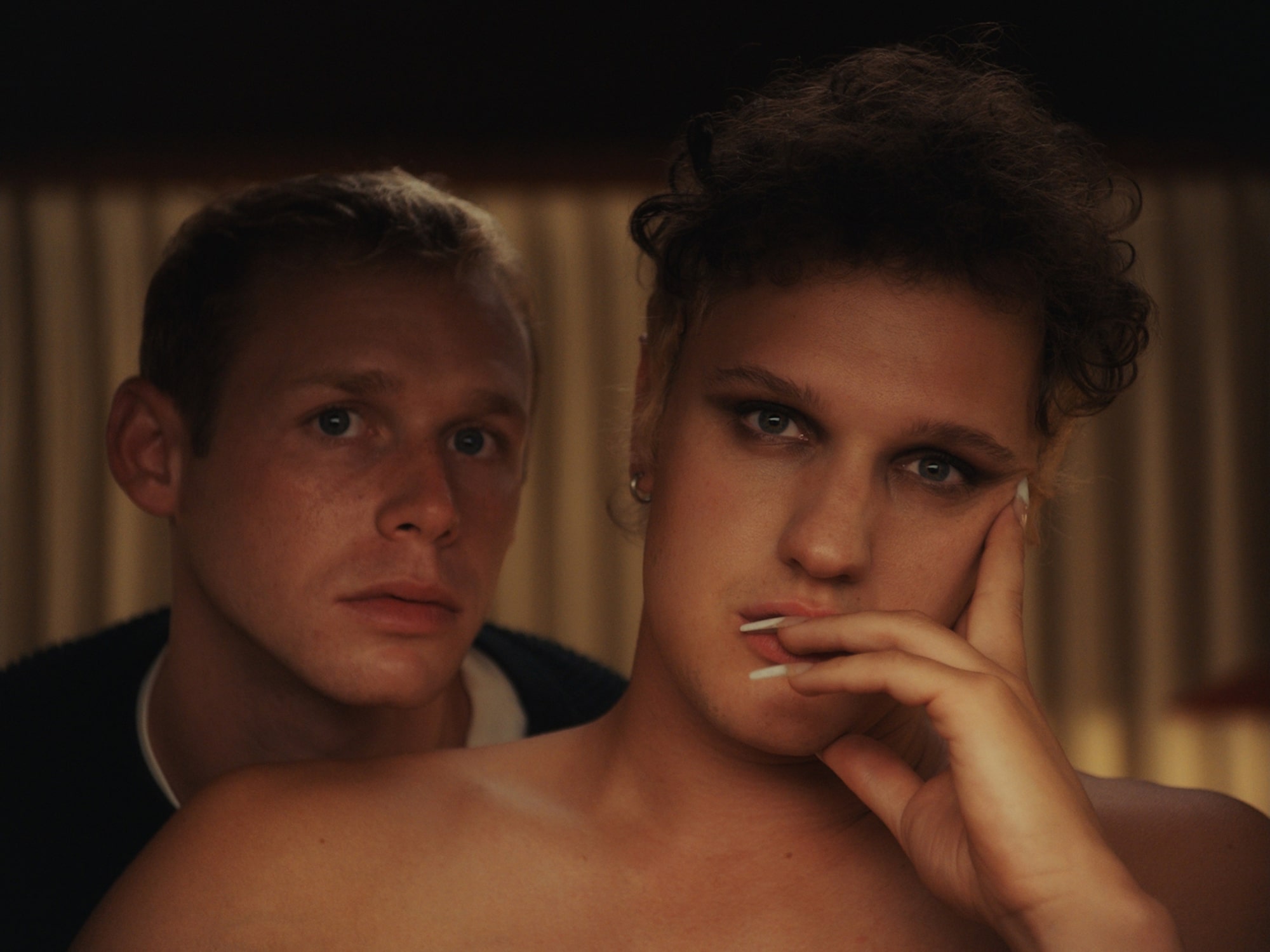 The Berlinale shorts are always an odd bunch. On the one hand, there are conventional dramas and documentaries that take a deep look into national trauma and injustice; on the other, there are more abstract works: gorgeous cityscapes at night or dusk; the most arthouse porn you’ll ever see; genre-bending/breaking works that confound more than beguile. It shows off the deliberately high-minded aims of the programme, complementing the feature Forum section in search of films that not only innovative with form but actively ‘interrogate’ it. And for all the interminable 30 minute shorts that had me sinking into sleep, there are those works, totally alive, that jolted me upright.

In a time when human interaction is a potential vector of disease, there is a purposeful move here towards depersonalised cinema, eschewing traditional character or subject in favour of depicting places, objects and processes. There are also the typically exuberant animated picks, astonishing documentaries, essayistic explorations, the occasional satire and some devastating, understated dramas. Split between fiction and documentary, my favourite films from the Berlinale 2022 Shorts competition — slowly growing to become the most enjoyable sidebar — are a brave collection of captivating, unique and thought-provoking works. 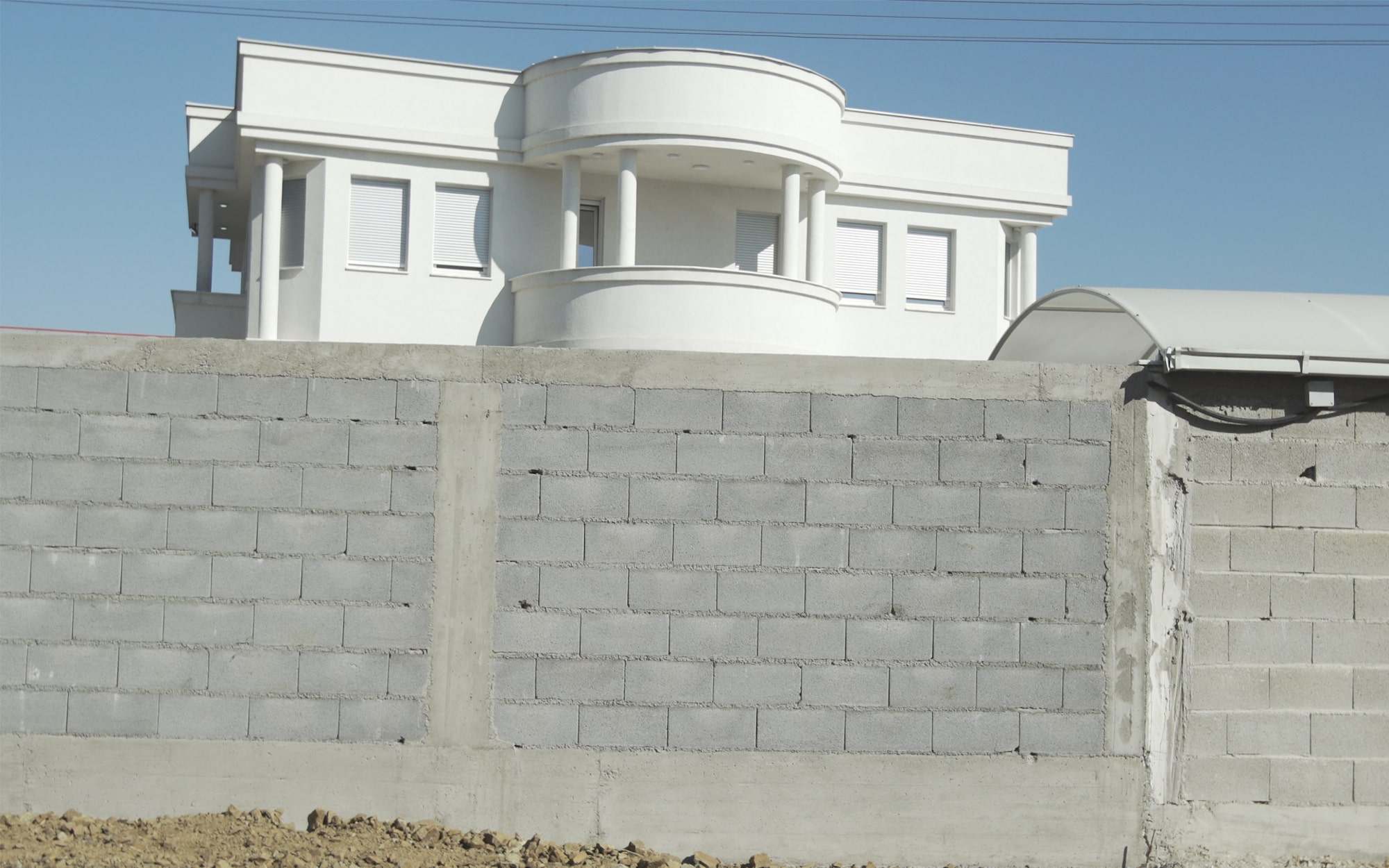 Oral histories are one of my favourite storytelling forms, whether in long-form essays or non-fiction novels, gathering several people to talk together seemingly in one voice. Retreat, looking at the Macedonian men and women from one village who moved en masse to join the war effort in Iraq and Afghanistan — mostly working as cooks or in the laundry rooms — collects their diverse perspectives, showing an under-reported perspective on the international impact of war. But underneath what people say, the camera searches for other, more complex answers. 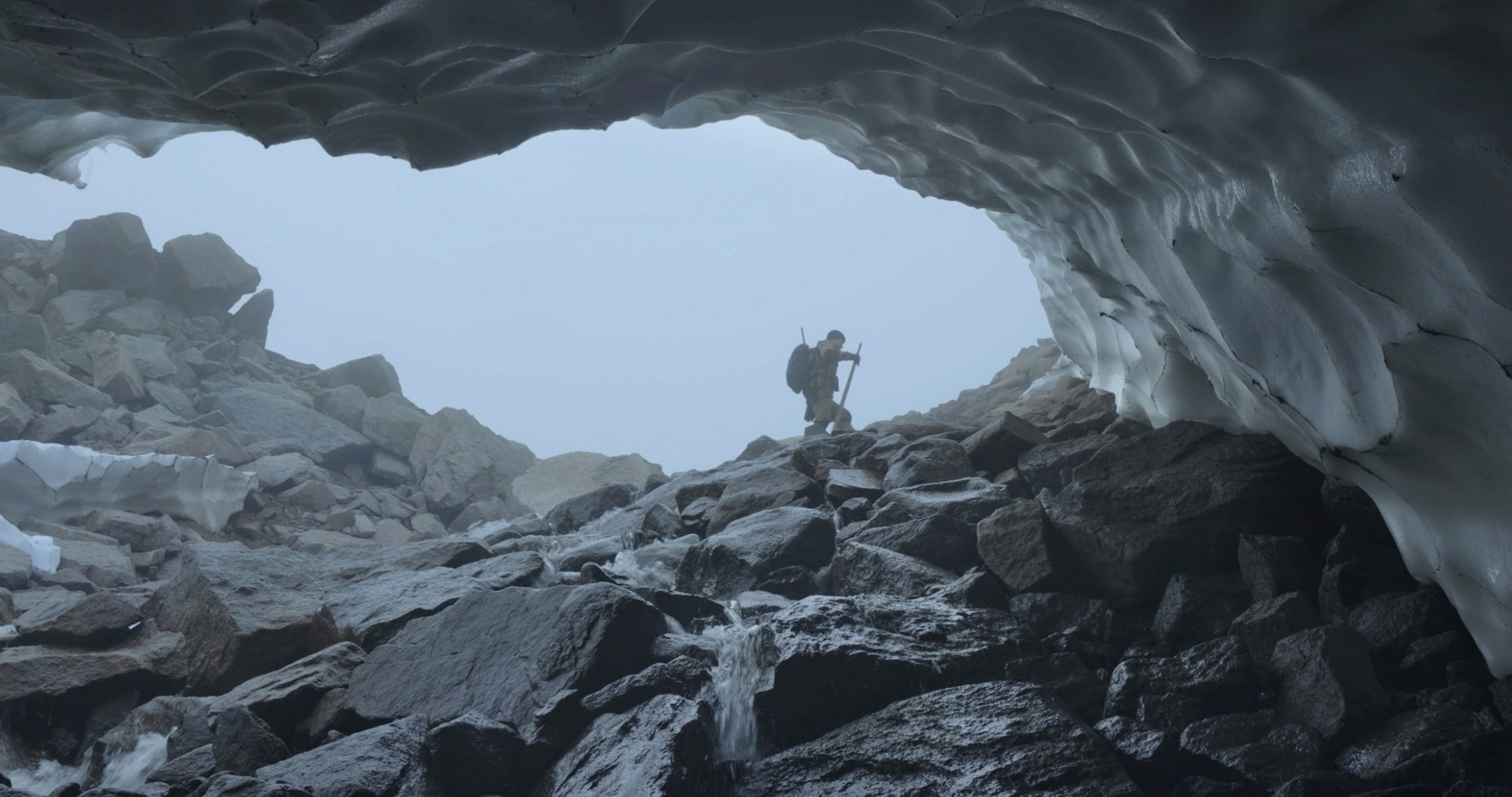 There are images in Haulout so astonishing, I initially thought that they had to be computer generated. A nature documentary unlike any other, it shows a marine biologist working on the north coast of Russia, studying the migration habits of walruses. A modest, hardworking guy, he studiously makes his notes, walks the beach with a rifle, and rolls cigarettes from a huge tin. One day, he opens his door: here stand thousands of walruses, crowding for space due to the shrinking ice caps. Even Planet Earth would be jealous of this footage. Someone send David Attenborough a screener.

The first in many ‘process’ films, almost eerily echoed in Encounters hybrid-feature Flowers in the Mouth, Gerard Ortín Castellví’s Agrilogistics is a satisfying insider view of a flower factory in full-bloom. Machines run seamlessly, whirring and humming as they grab plants and put them in their right place. People are almost completely absent. There’s no real need for a score; these robots make their own music, creating a harmonious mechanical ecosystem in the process. The strange part is how lovely it all looks.

I was sad when the revamped Berlinale under Carlo Carlo Chatrian cut the NATIVe sidebar in 2019, but the inclusion of films such as Kicking the Clouds in the main competition still shows the Berlinale’s dedication to spotlighting indigenous perspectives. Ho-Chunk filmmaker Sky Hopinka, who I first encountered digitally at Berwick with the whispery doc Malni – Towards the Ocean Towards the Shore, creates a reverie on his family’s identity courtesy of collage, reminiscence, choice musical shots and a deep sense of melancholy, highlighting the importance of putting oral histories to film. 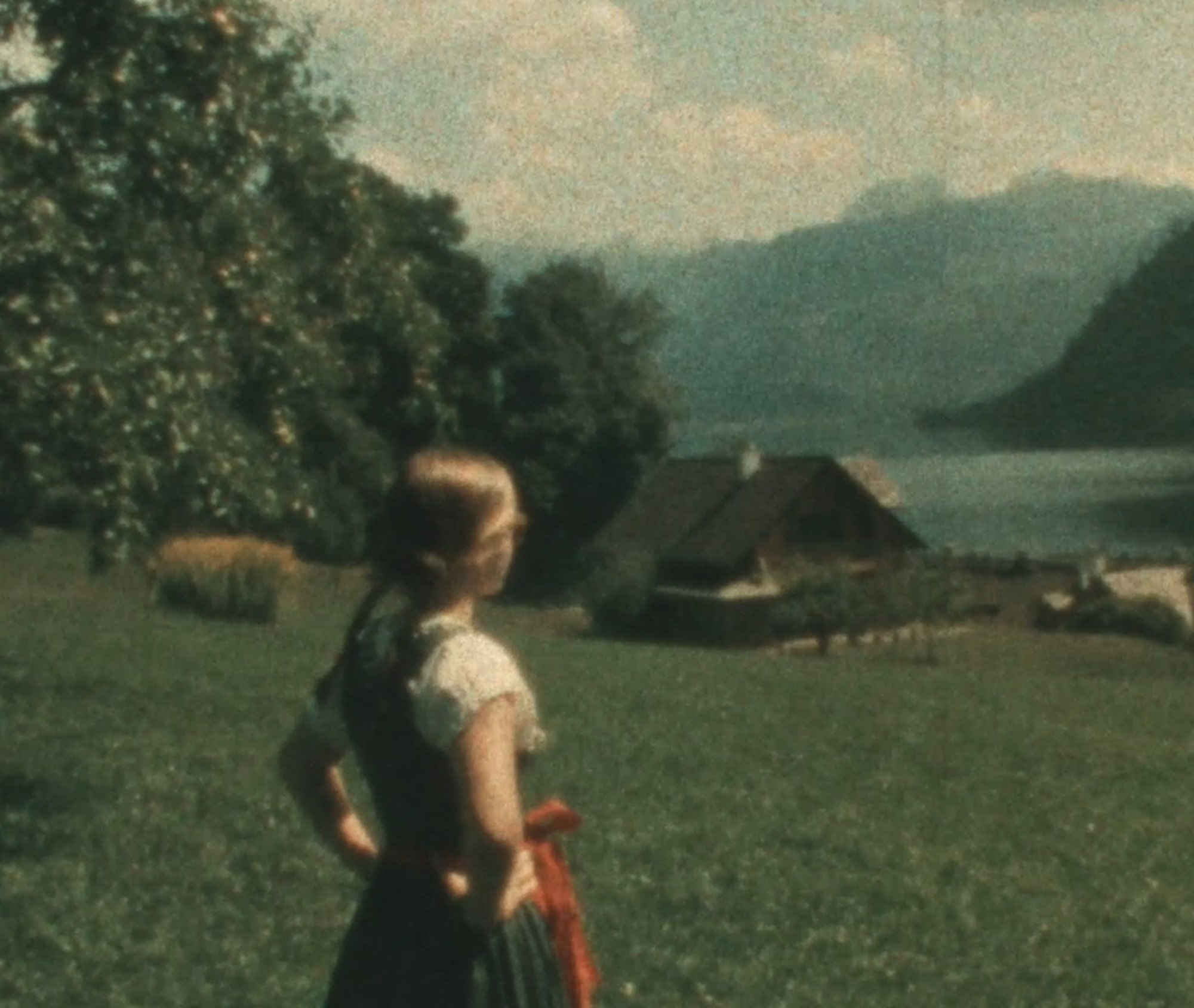 I associate the Dirndl overwhelmingly with beer: big, steaming, frothing vats of Helles lager served in gigantic litres in the beerhalls of Munich by old, no-nonsense ladies. But as Dirndlschuld shows, this seemingly innocuous, albeit cleavage-bearing, item of clothing has a darker legacy: according to Wilbirg Brainin-Donnenberg’s testimony, composed of narration over old film stills, Jews in Austria were banned from wearing this archetypical dress, used as a propaganda tool to advance the superiority of the master race. Digging deep into her own family’s racist past, it uncovers the fascinating symbolism of such clothing, as well as the trickiness of separating image from meaning. 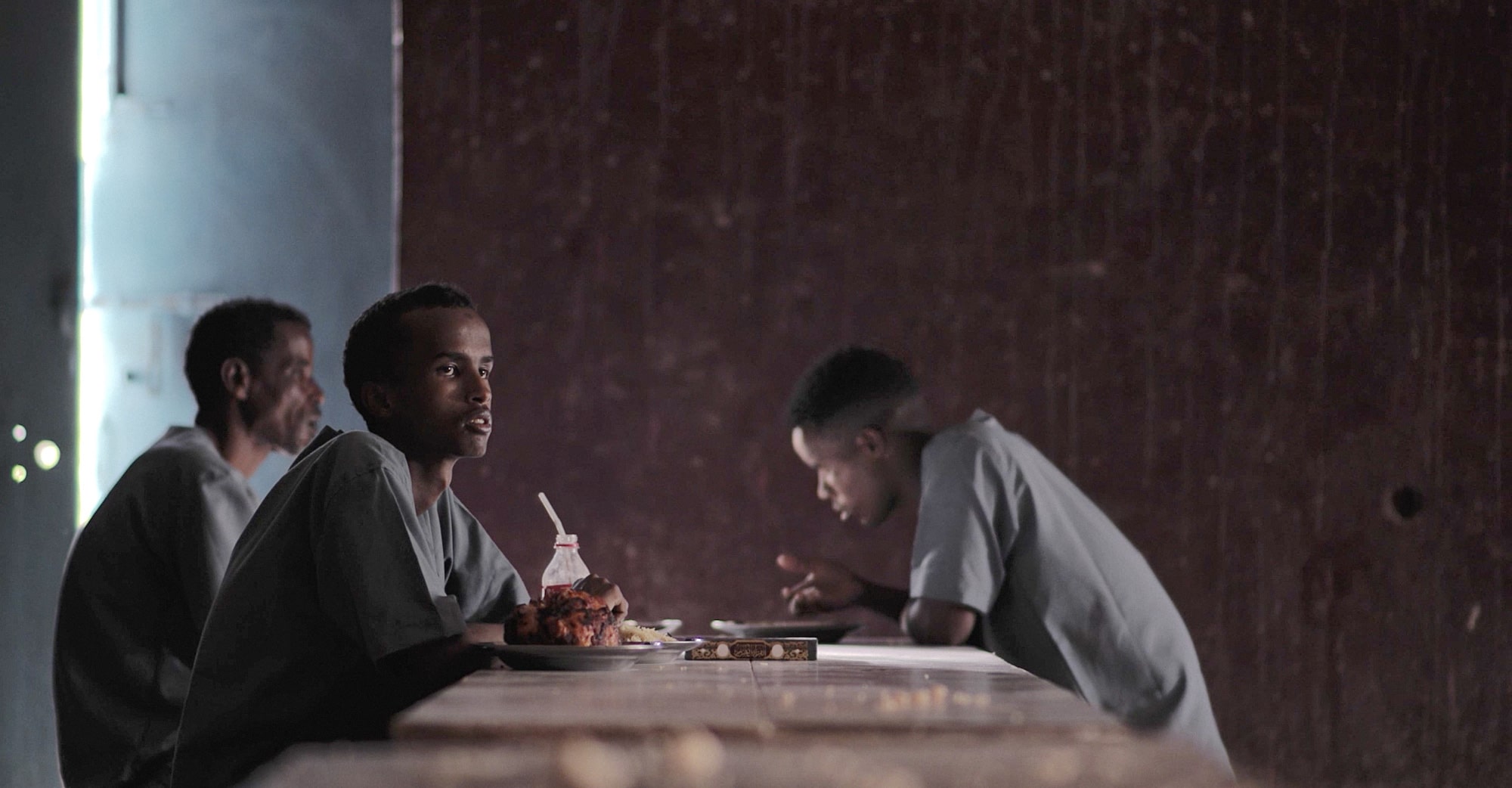 Will My Parents Come To See Me – Mo Harawe

As an anti-death penalty drama, Will My Parents Come to See Me achieves in 28 minutes what the 2020 Golden Bear winner There Is No Evil needed 150 minutes for: an irrefutable, artistically impeccable depiction of the complete inhumanity of state-sanctioned murder. The choice of shots, from the way the senior official supervising the murder is framed to its final, heartrending moments, betrays a careful sensibility, delivering what might be the best fiction short of the entire festival.

Berlinale Shorts are often so over-laden with artistic self-importance they forget to be fun, loosen up a little, swing for the fences or approach genuine absurdity. This American effort from Antonio Marziale, showing two gay men getting revenge on a Hollywood paedophile in the strangest fashion imaginable, is both a sniper kill to the industry’s hypocritical head and a truly wild ride; two fascinating contradictions held in tandem by the final shot.

Instagram (and its deranged cousin, TikTok) are very easy targets, with the satire often slipping over into morality policing. You ask yourself whether the filmmakers are actually angry at the platform itself or more outraged by women being able to express themselves sexually on their own terms. Pedro Cabeleira’s By Flávio starts as the latter, showing a seemingly vacuous hook-up in a mall between an Insta-obsessed young mum and a self-absorbed rapper, before morphing into a far more nuanced tale about the perils and pitfalls of online romance. 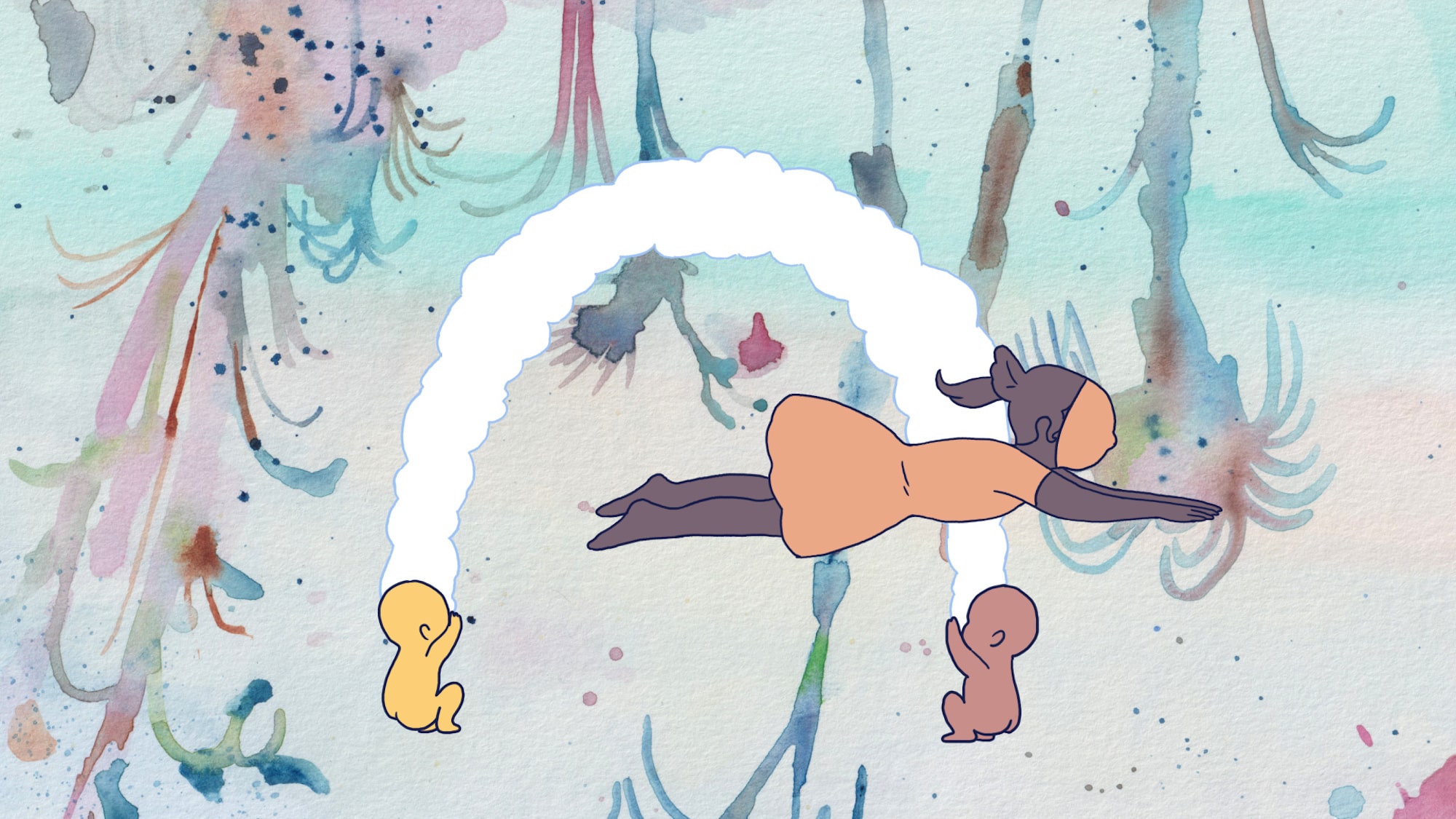 A Story for 2 Trumpets – Amandine Meyer

It wouldn’t be Berlinale Shorts without a mind-expanding, genre-resistant animation, showing off both the skill of its creator and the possibilities of the form. A young girl cries; her tears form a river; the log she sits on floats down said river; moving down a landscape part natural, part apartment; and so on, each time surprising in the way objects morph and shape into one another. I would need a repeat viewing to pick apart the different meanings, but I was wowed by this depiction of the endless potential for nature to be reborn. 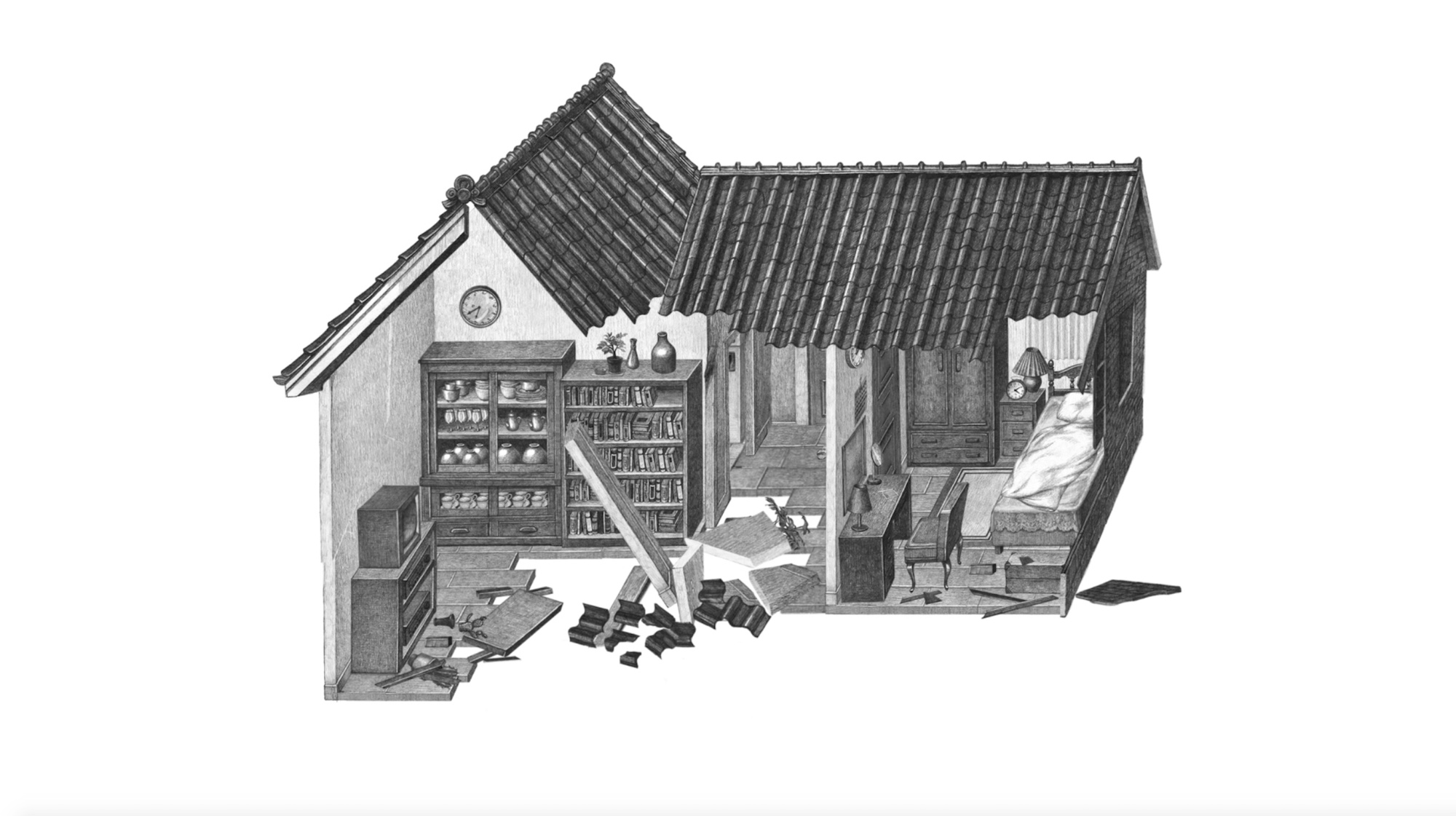 Kind of like an arthouse take on the running Family Guy gag where Cleveland’s house gets hit by something and he falls out of the bath, House of Existence is an existentialist, slow cinema animation with a very simple aesthetic: shot in monochrome, a house slowly comes apart, brick by brick, tile by tile, until revealing a woman, alone, sitting in her bathtub. Taking its time to unfold, Joung Yumi’s film offers a heartfelt depiction of the transient nature of all things.

Find more unmissable films, like the ones playing Berlinale, in our Best of Fest collections.