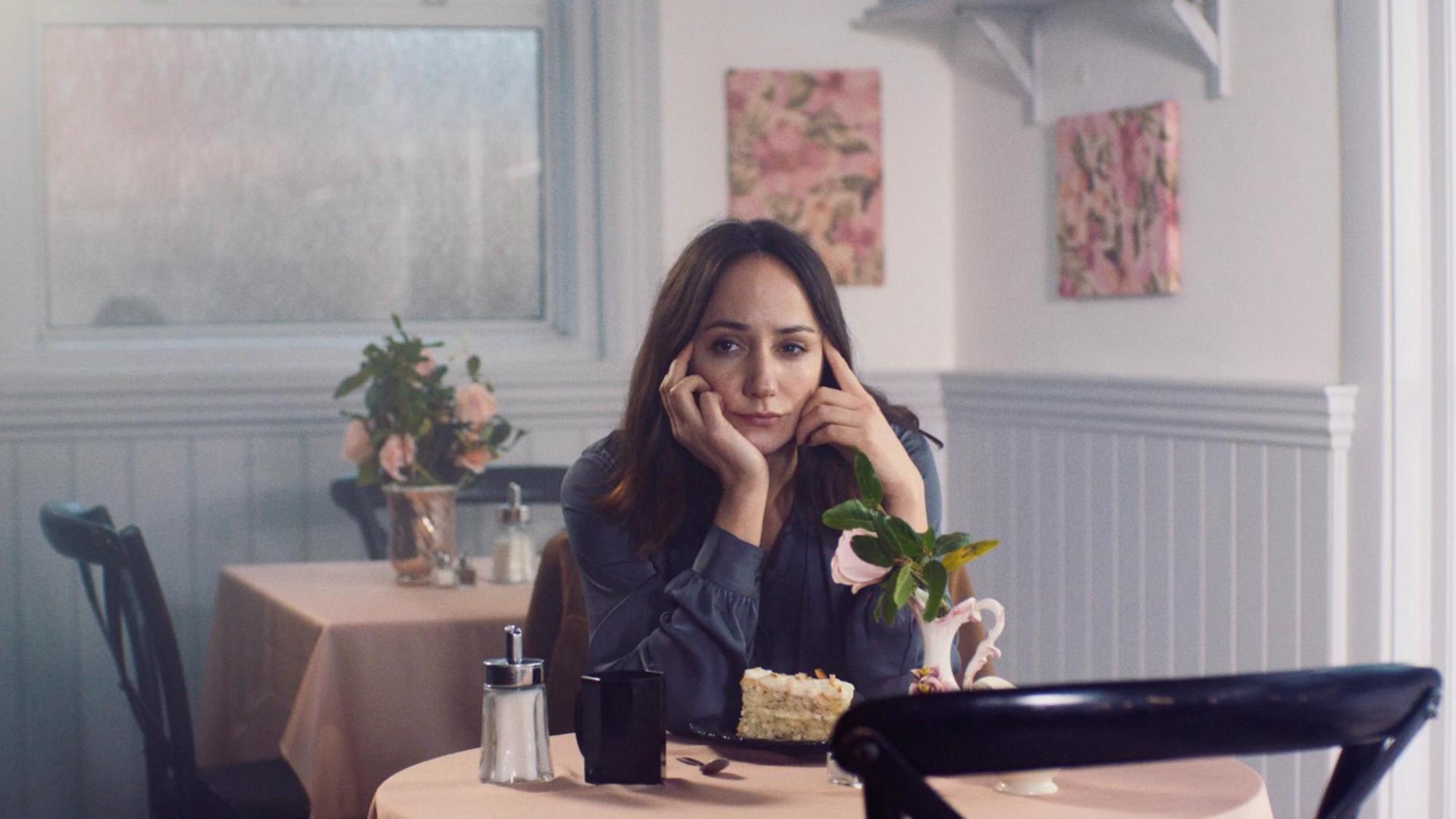 With so much cinema out there often dominated by male perspectives, the need for festivals celebrating women’s voices is absolutely crucial. This is why the long running festival Underwire – which was created to spotlight female talent and features films with women across the production and directing teams, as well as female protagonists – is such a refreshing experience. Spanning countless films across a variety of categories, there is no better overview of women-led short film talent in the UK. Available completely free and online this year, I had the pleasure of getting through the vast majority of the selection, which spans from slick, poppy productions to handmade and intimate experiences. Most striking to me was the contrast between films about isolation, a lot of them covering lockdown and its attendant feelings of loss and grief, as well as those celebrating connection, of the romantic, sexual and politicised kind. With so much on offer, it was a difficult but fulfilling task to whittle the huge selection down to the following list of my ten favourites.

While not boasting much in terms of aesthetics, bar a few well-chosen outfits, Nightingale really sings in its subtle acting and writing. It tells the story of Lou, a lonely girl living alone during the lockdown trying her hand at online dating. After a few misfires (matching perverts and idiots) she eventually finds something resembling a connection; a sweet, modest film.

Some people have strange hobbies. Julia’s favourite one keeping her busy during the lockdown is collecting the plants of serial killers, family murderers and paedophiles. After all, they might be terrible people, but don’t their plants deserve to live? With a grainy aesthetic and a mischievous tone, this curio is definitely worth searching out. 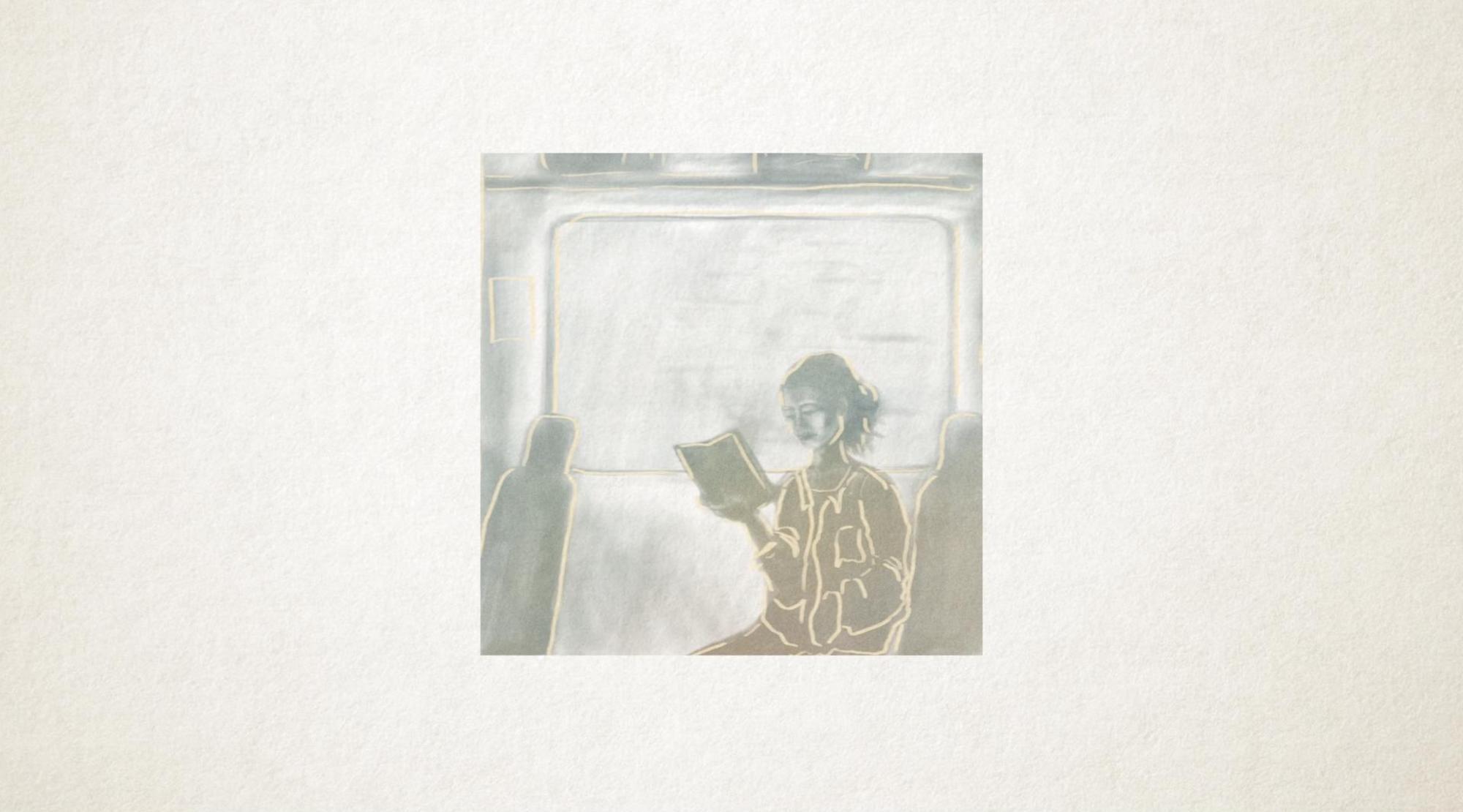 Technically, Train of Thought isn’t a lockdown film per se, as it takes place on a train, yet its portrayal of brain fog feels appropriate to the mental confusion lockdown seemed to bring upon all of us. It’s a simple animation of a woman trying to read Virginia Woolf’s A Room of One’s Own only to be disturbed — portrayed by playful subtitles — by random intrusive thoughts, ranging from sexual fixation to fears about leaving the oven on. The result is oddly transfixing and deeply relatable.

During the pandemic, it seemed that only one industry was truly booming: online sex work. Director Jessica Brady lays it all on the line to investigate the phenomenon herself. As it turns out, making money by strutting your stuff in front of a camera — no matter how professionally it’s made — is a lot harder than it looks. 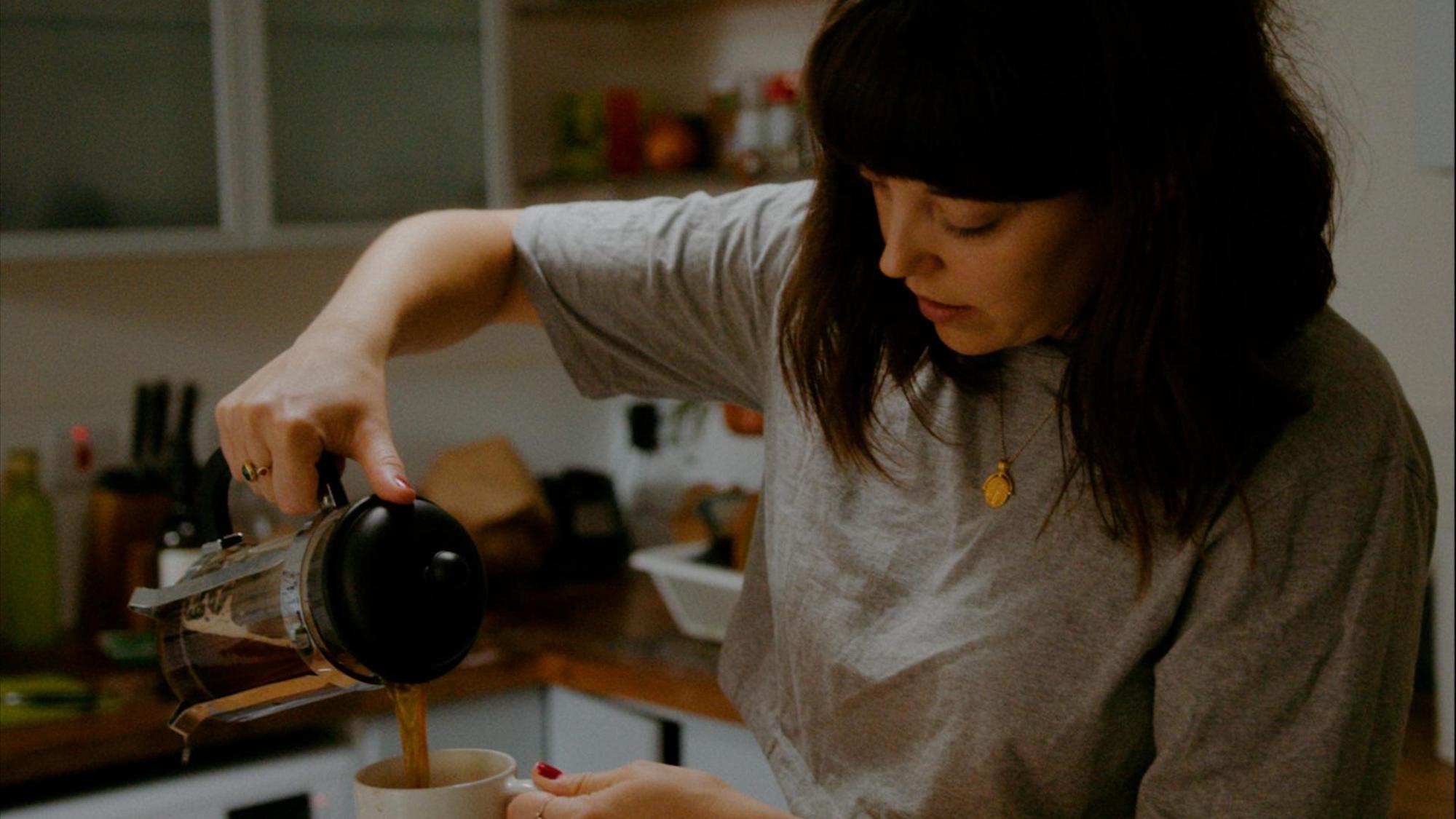 A woman working from home finds herself crowded out by thoughts of freedom, starting anew, work and more in this innovative flat-bound project, overlapping different voices to an almost frantic degree. It captures the way in which, left to our own digital devices, we can often feel much busier in our own mind than in the time spent in the physical company of others.

All These Men That I’ve Done – Lorraine Nolan & Mark Daly

Probably my favourite film of the festival, All These Men That I’ve Done is a mostly-positive compilation of women’s sexual relationships, using voiceover and intuitive montage to give us a breathless insight into the diversity of carnal meetings as well as the fleeting nature of one-night stands. 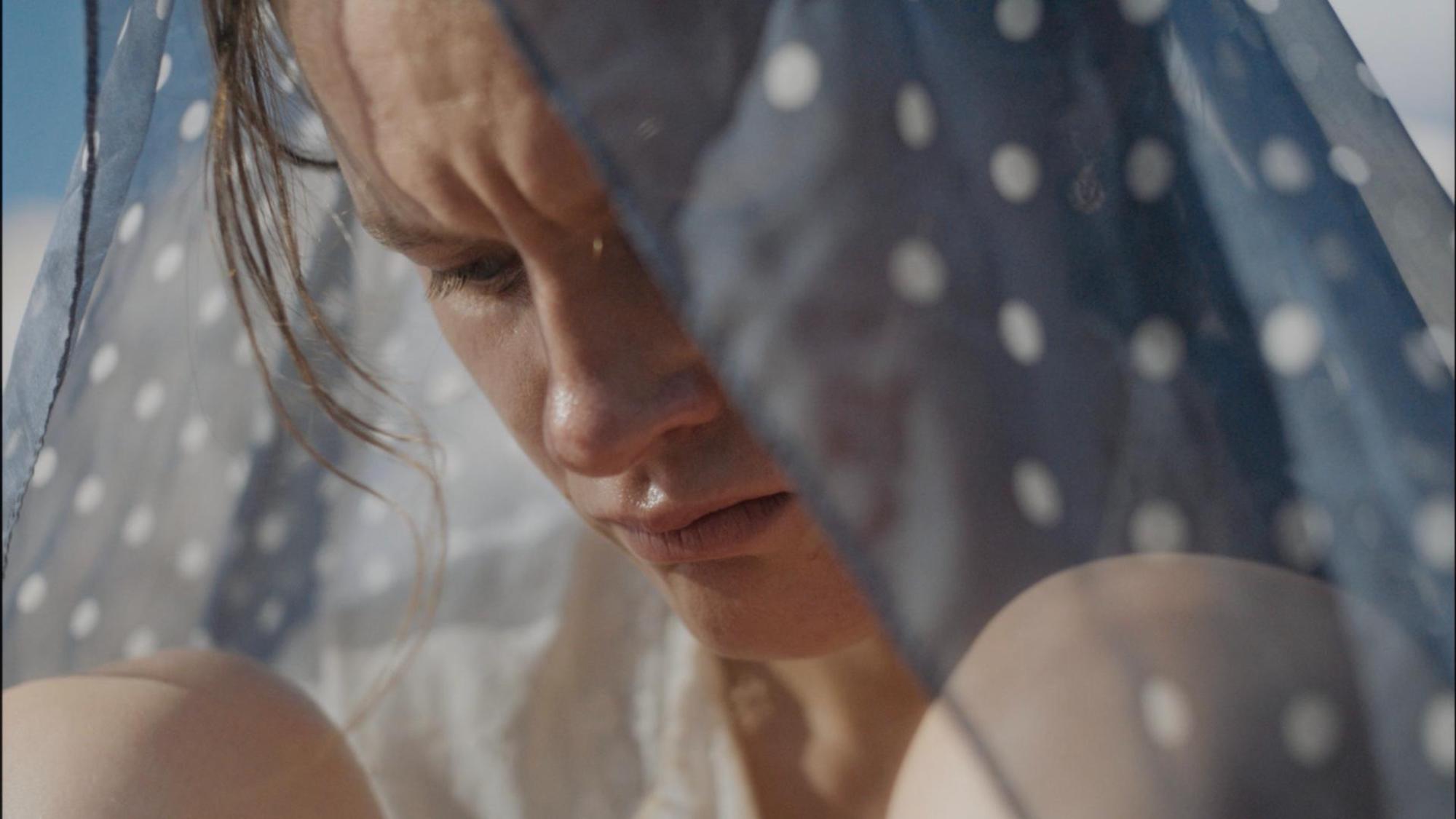 Both a cautionary tale and an absurd comedy, White Rocks investigates the nature of pettiness and privilege as a group of girls find their perfect day out at the beach interrupted by the arrival of a mysterious stranger. I definitely didn’t predict ‘that’ ending! 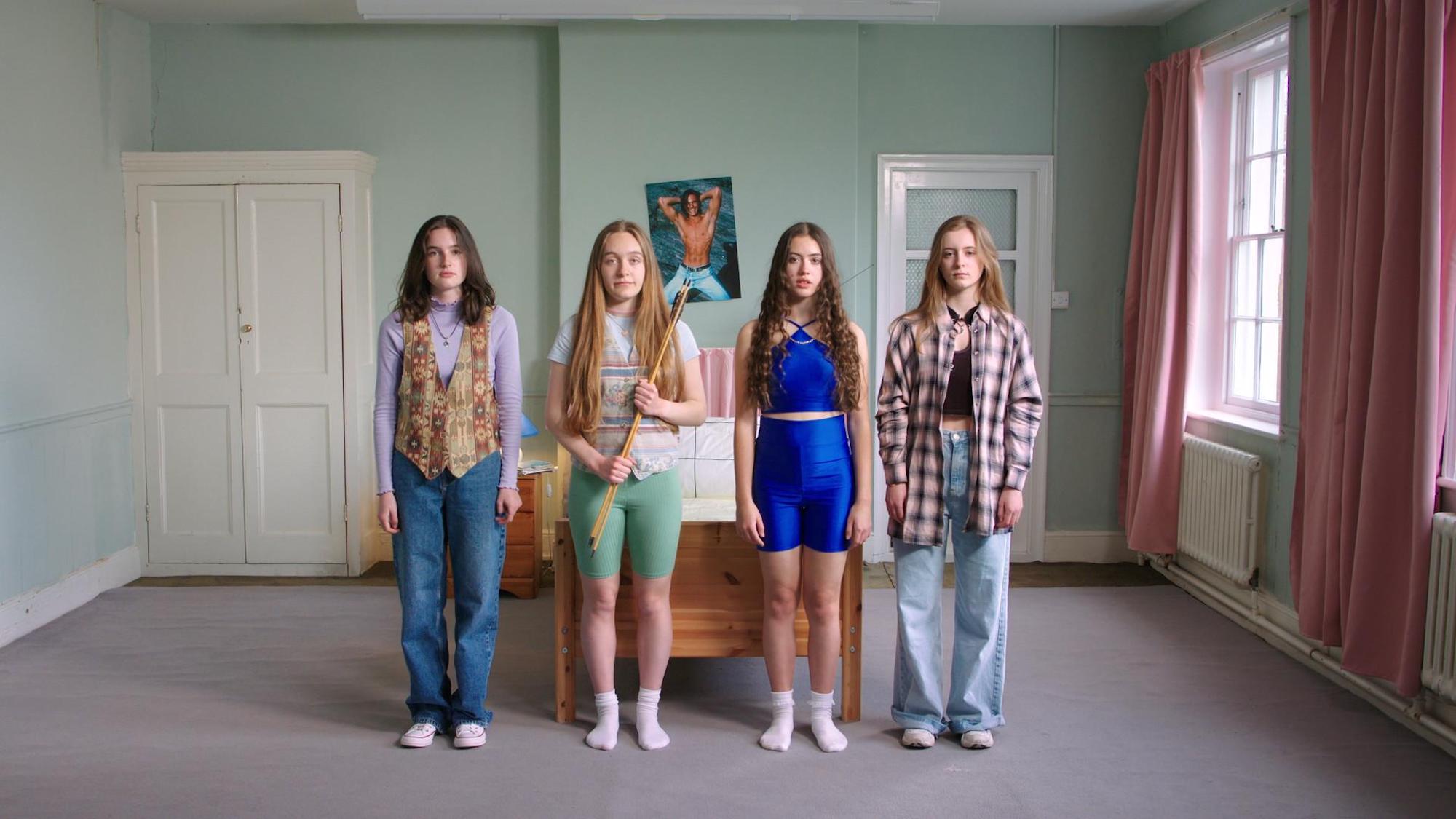 An ode to best friends, coach trips, being abroad and being innocent, Venetian Men is memoir as celebration, featuring Director Celia Willis reflecting on being 15 years old in 1994 and going to Venice for a couple of days with her best mate. For one, it made me yearn to live in an age before the internet when the world must’ve certainly felt a lot bigger than it does now.

Witold is a sensitive soul, taking a job as an undertrained care worker biking to and from the wards in his care, constantly interrupted from forming genuine connections with them as his phone buzzes and reminds him to go to his next job. Lotje Sodderland’s touching, well-made short shows how genuine humanity is often undercut by corporate needs. 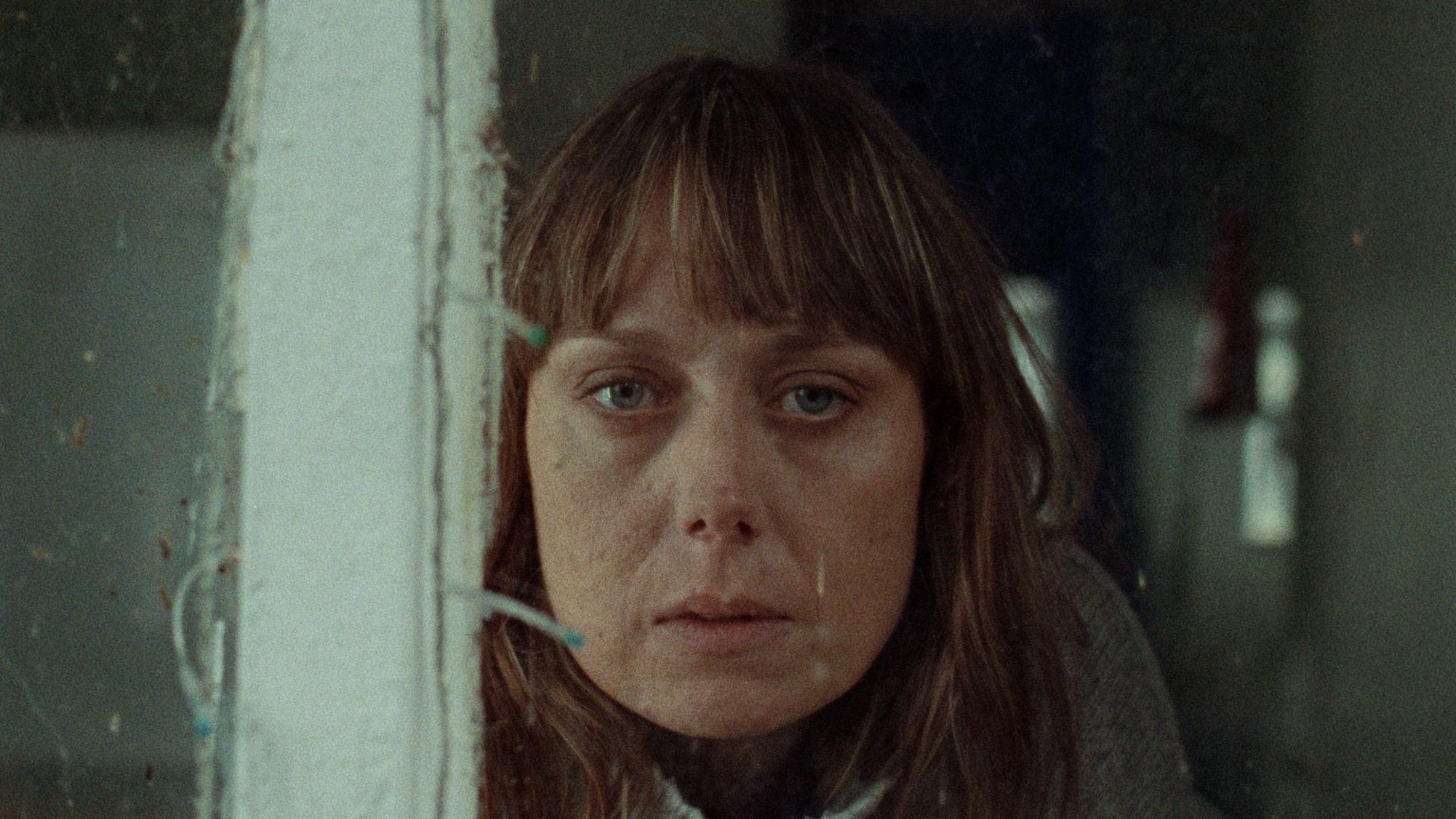 A tale of gentrification, but also a tale of rage. One working-class mother wants to go see the fireworks with her daughter but is forced to go the long way round thanks to the new development in her neighbourhood. But both rebellious mother and daughter have other plans, resulting in a thrilling critique from Stella Scott of rampant, uncaring capitalism.

You can find more unmissable films, like the ones featured at Underwire, in our Best of Fest collections.