The Glasgow Short Film Festival, running 23-27th March, has always been one of my personal highlights of the short film calendar, offering a strong, bold selection of both Scottish and international shorts. Often caught between deep, emotional cuts and more playful experiences, offerings from both domestic and world cinema experiment and innovate with dance, essay, social-realist, animated and documentary forms. Working my way through a large selection of the programme, I was struck by the carefulness of the curation, with both political and personal shorts in conversation with one another while maintaining their own aesthetic worlds. Ahead of the start of the festival this week, I have picked the ten films which I enjoyed the most. 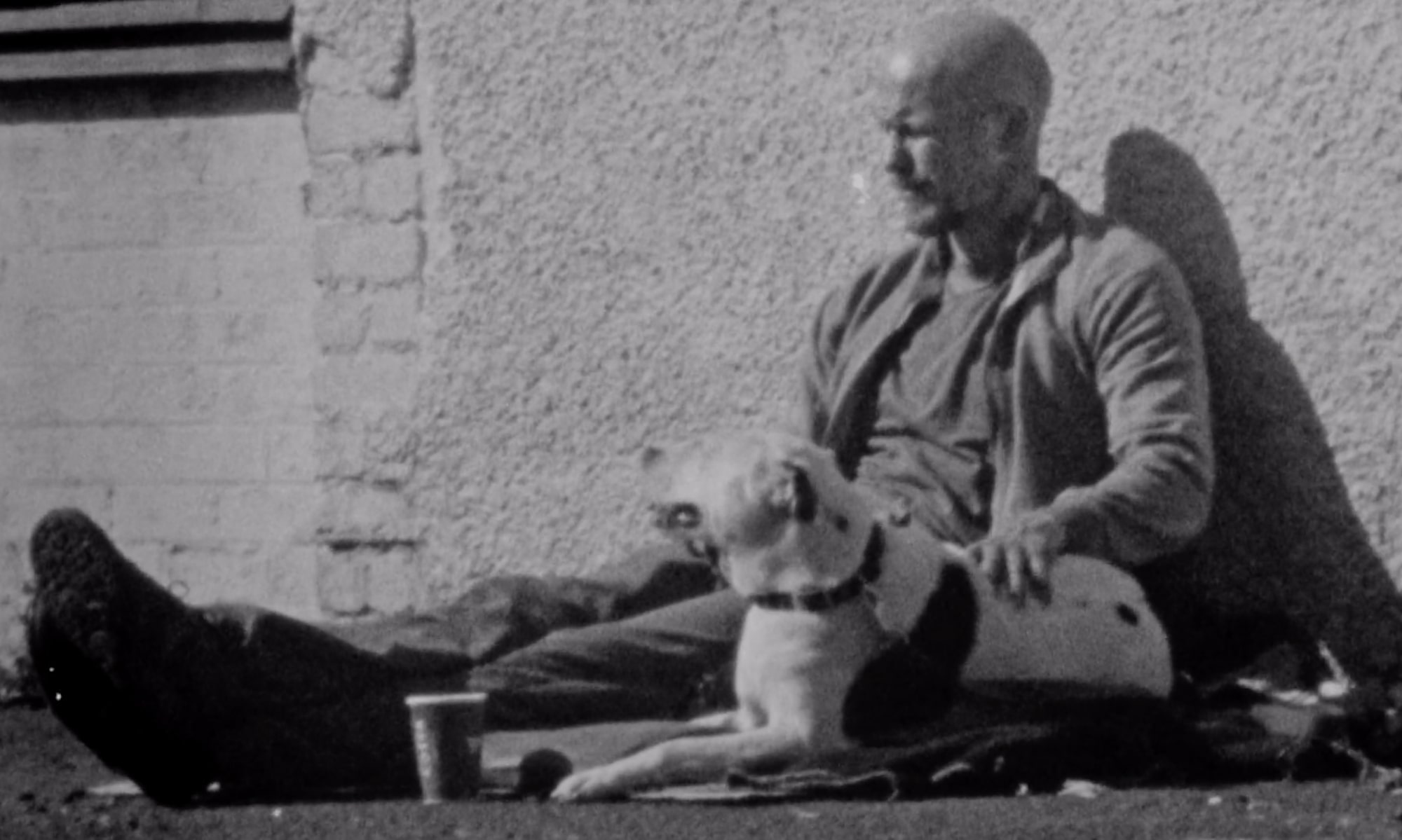 A tactile black-and-white experience shot using seemingly-decaying 16mm images and a pulsating soundscape, Life of Riley from Shaun Hughes gets us straight inside the head of its eponymous character, a homeless man with only his pitbull for company. With little room for sentimentality, its bracing style reminds us the harshness of life for those living on the edge. 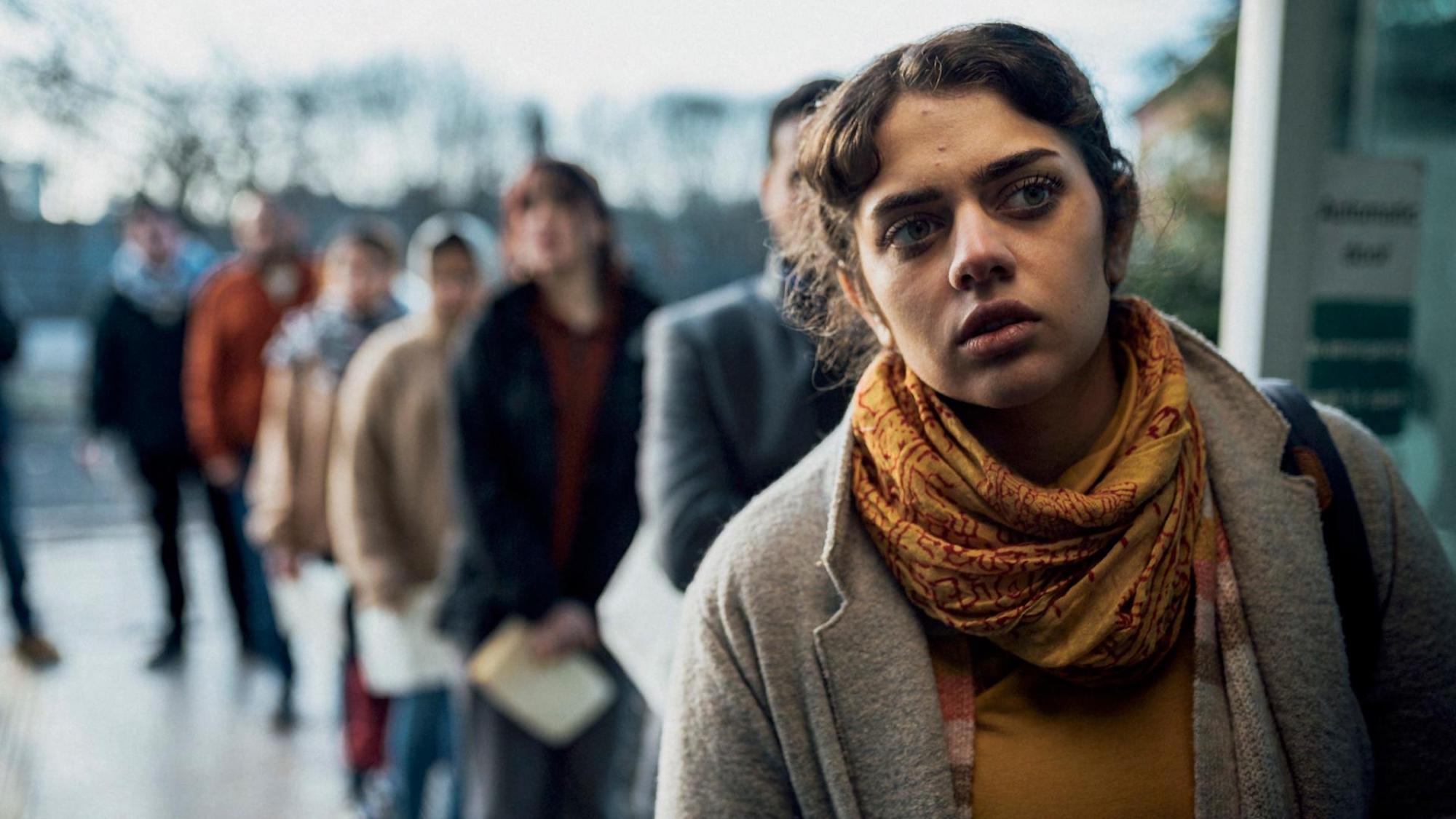 As the response to the current Ukrainian refugee crisis has shown, the UK has always been a world-loser when it comes to offering sanctuary to people fleeing conflict and persecution in search of a better life. In Razan Madhoon’s Go Home, a Polish Home Office worker is brutally reminded that they “need to get the numbers down” before going through the motions with a Palestinian student. But as a migrant herself, the inhumanity of the regime eventually forces her to look within, resulting in an incisive look at a system not fit for purpose.

Scottish domestic dramas always seem way more intense and on edge than their English counterparts. Maybe it’s just a feeling, but I felt it quite strongly during Too Rough, when a gay lad has to hide his boyfriend in his room from his family after a drunken night filled with bad decisions. Shot handheld with a great attention to the bitter realities, Sean Lìonadh’s film is a brutal look at queer lives on the edge of familial violence.

Home video footage, screen recordings and a careful modulation of tone and feeling characterise Laura Wadha’s Born in Damascus, which features the half Scottish/half Syrian documentary filmmaker inviting the perspectives of her relatives on the way the war upended a previously peaceful life. In this current horrifying moment, it shows us how quickly conflict can change absolutely everything.

The Scottish Ballet combine with the aesthetic of Yves Klein in this gorgeous dance piece. Shot on a constantly shifting studio stage, awash in a deep blue and annihilating whites, the dancers navigate samba, classical music, heavy metal and more in this refreshing mash-up of styles and tones, kept together by Sansom’s flowing, intuitive camerawork.

Mir has two meanings in Russian: world and peace. For Lenin, you can’t have the latter without conquering the former. This Serbian movie gathers a variety of Lenin busts and makes them converse with one another through subtitles, spanning from rural Russia to his northernmost outpost on Svalbard. A bizarre yet haunting exploration of one man whose legacy refuses, despite decades of brutality, to go away.

Haig Aivazian’s experimental Lebanese documentary is all about light. Light from the sun, light in oil lamps, light that can be seen from an international space station. Who has it. Who doesn’t. The violent origins of gaslight, apparently harvested from whale oil, and its use of a tool of police oppression. Using found footage in startling ways, Dust on My Shoes is a novel, refreshing use of the essayistic form.

I gotta look good for the apocalypse – Ayçe Kartal

Real life as animation; social media and gaming life capturing ‘reality’. A sombre reflection on lockdown life, Apocalypse carefully captures the dissociative feeling stay-at-home orders inspired in even the hardiest of souls. With the meta-verse imminently set to arrive, it shows us that no digitally-mediated offering can ever beat the satisfaction of in-person connection.

The political poster industry in Mumbai has had to adapt to coronavirus. Men debate whether or not to write “stay at home” on their posters, because after all if people stay at home, they won’t see their posters! Another man uses the huge sheet as a roof for his home. An integral part of Indian life, these hastily Photoshopped creations and the men behind them are explored in great detail in Rishi Chandna’s funny, bittersweet, heartfelt film.

The migration batters of a wolf across Holland, Belgium and Germany are covered through endless amounts of CCTV footage in NAYA, becoming a semi-famous Dutch celebrity in the process. But wild beasts have persisted for a reason, with this animal able to evade even the most sophisticated surveillance state.

You can find more unmissable films, like the ones featured at Glasgow Shorts Film Festival, in our Best of Fest collections.