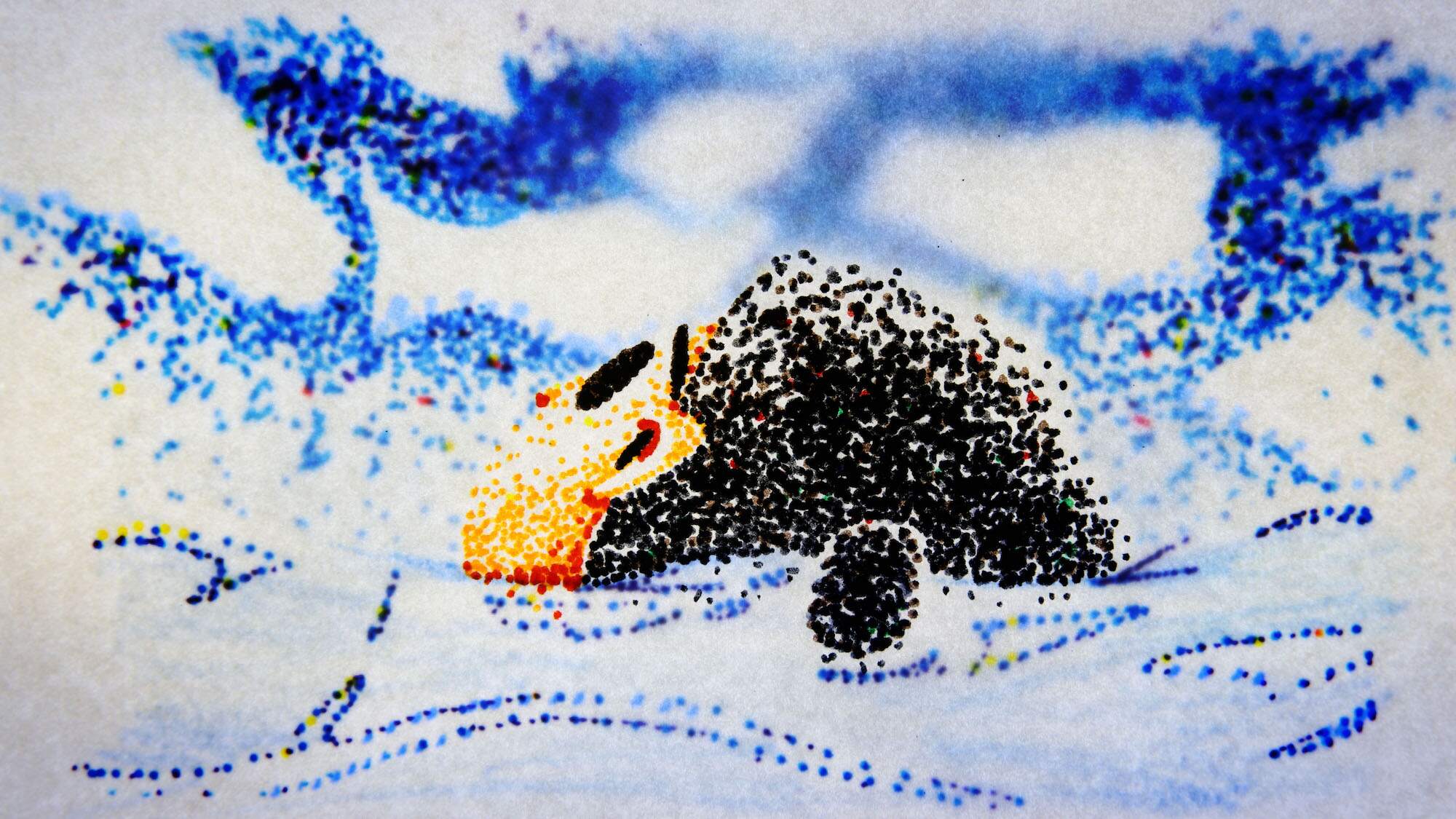 Taking place from April 6th through to April 10th 2022, GLAS Animation, an entirely online animation festival, returns to celebrate the work being created by animators across globe. The programme this year is impressively international with specific programmes celebrating the work of US-based animators in addition to talks with industry veterans Lucrèce Andreae, Takeshi Murata, and Tomek Popakul. It’s particularly great to be back celebrating the work playing GLAS Animation this year given the recent state of affairs at the Oscars, where, in a poorly constructed joke, The Academy felt obliged to discern animation as something “for children” that parents “have to endure”. GLAS proves that is anything but the case. The work on display at the festival this year is intellectual, challenging, ambitious, and a testament to the brimming creativity that animators possess across the globe. Animation is an art form that requires impressive amounts of diligence and the work at GLAS showcases that tenfold. DN is here, once again, to recommend a selection of films from this year’s lineup as a starting point in your watching to hopefully give you a taste of the breadth of shorts on offer.

Atsushi Wada is an established animator in contemporary Japan and has been making shorts for over twenty years. His latest animation My Exercise sees a man and his dog do a variety of different exercises, each of which is animated with a wonderful sense of composed comedy. It’s a delightfully simple concept but one executed with Wada’s trademark precision and wit. The film was officially completed in 2018 and has since been adapted into a video game of the same name where the player presses a button to make the chubby man do sit-ups into his dog. Well worth a download, if you ask us.

The Uncertain Snow is a graduate short from Parisian animation school Gobelins, l’école de l’image. It was initially released in 2021 as part of the school’s graduate films and caught our eye with its surprising maturity and withheld nature. Rewatching it as part of GLAS this year, it’s clear that it’s a film about quiet moments and feelings between people, and uses the premise of a wildlife photographer searching for a polar bear with a subtle poetic flourish. A really great example how less can be so much more.

After reading a magazine article titled Six Tips for When You’re Dying Inside, a woman holed up in her apartment follows the advice to the extreme. Jennifer Levonian’s short animation is a satirical take on self-care culture. As her protagonist starts enacting the tips she reads in the magazine article she finds herself spiralling once again, repeating the tips till they cause her to shoot flames out of her eyes and transform into other beings. Whilst you wouldn’t expect this to be the plot of a short with a water coloured art style Levonian manages to take the form and fully embrace the cartoonish, shape-shifting elements of her character’s inner psyche.

Jack Gray’s distillation of the everyday is a mesmerising short animation. Gray takes the daily lives of individual characters and collects them with others, packing his frame with seemingly hundreds of characters each going about their own fixated routines. Only clocking in at five minutes, Gray’s short begs to be watched time and time again, rewarding you with every viewing with another character’s weird, funny, and sometimes heartbreaking habits.

Tennis Ball on His Day Off – Julian Glander

After watching a video clip of Tom Hanks and his volleyball co-star Wilson winning the Best Chemistry Award at the Teen Choice Awards, Julian Glander imagined what Wilson would be doing in his daily life away from the silver screen. Does he have a family? Would his mother be a bowling ball? Would that make his son a tennis ball? This train of thought led him to create Tennis Ball on His Day Off, a short about life as a tennis ball that’s secretly a darkly comedic ode to contemporary life and the pressures of constant productivity. 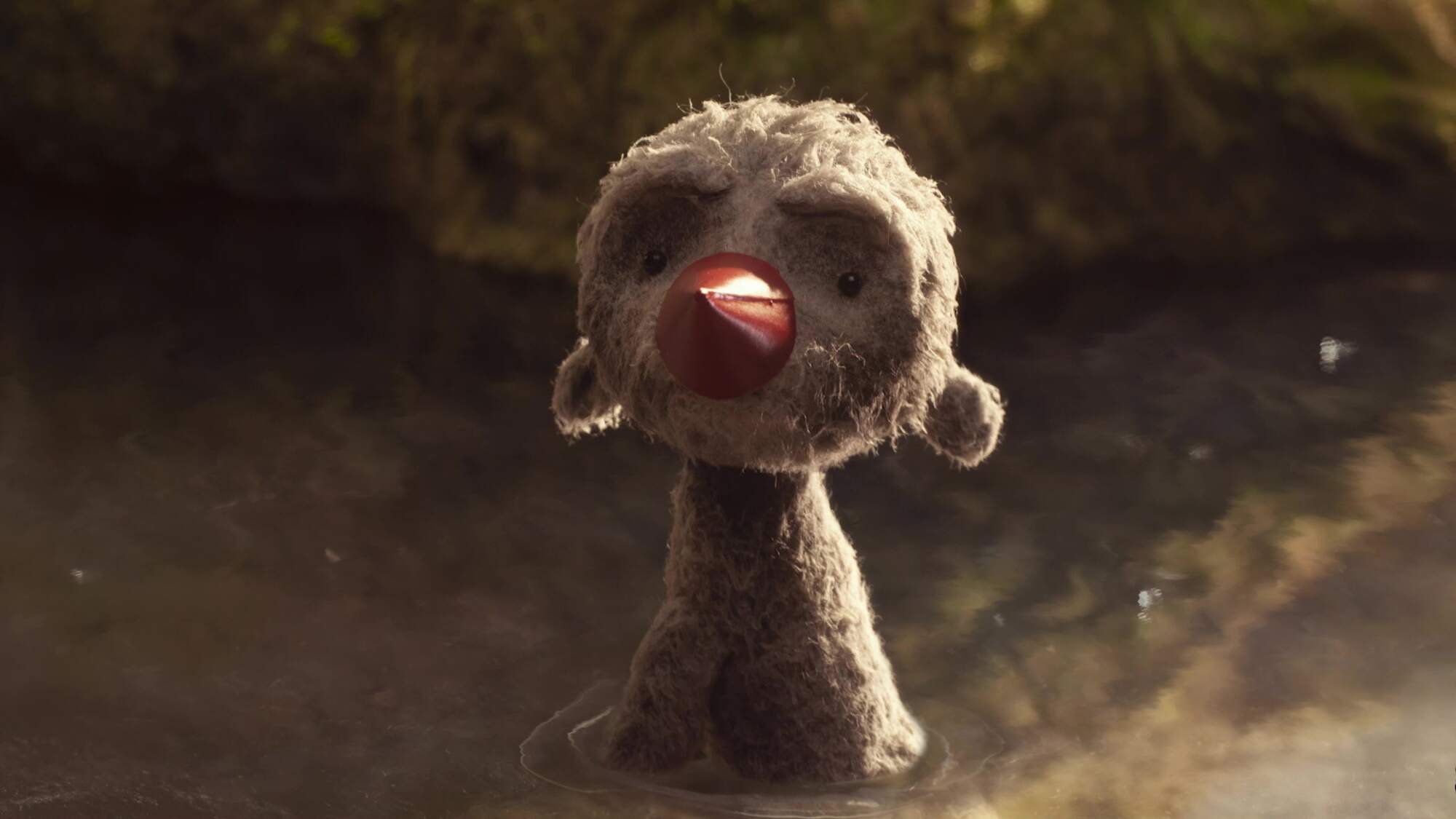 Margrethe Danielsen’s stop motion short Bear Hug is a humble film about found family which takes some surprising twists along the way. The film follows a young bear on his birthday who, after being rejected by bear kin, ventures out into the woods to find a companion or, rather, someone to share his cake with. Whilst this sounds like the premise of a classic children’s book, Danielsen isn’t afraid of letting bears be bears. I won’t reveal any more but I was impressed with how Danielsen made me shift from welling up to gasping across a matter of moments.

Ryo Hirano’s Krasue (pronounced ‘Gasoo’ in English) plays out like an animated neo-noir yakuza thriller. It’s about a man on the run who, amidst a bloody conflict with a local gang, becomes haunted by other demons. The animation blends visceral action with surreal elements such as a floating torso with exposed organs which tracks the man as he seeks to run away. It’s a short with a great energy to it, and one which looks amazing on the big screen.

There’s plenty of experimental and abstract work on display as GLAS this year and one short that fits the mould that I wanted to highlight was Chaerin Im’s Eyes and Horns. The short is an examination of a muscular minotaur as he folds and shifts, becoming entangled in his own sexuality and physique. It’s a really entrancing work that’s backed by a pulsing psych-rock score, giving the whole film a timeless, mythological feel.

Set amidst the dust of a war-torn city, Ahmed Saleh’s short is a quiet and meditative look at a broken community amongst the quiet peace of dark. Saleh’s approach to storytelling is an excellent example of how subtlety can really lift animation. How a quiet breath or the gesture of a hand can say as much as any lavish movement. This approach continues into the texture of the character models too which have a wax-like finish, giving a close resemblance to the complexion of human skin. A beautiful, humanistic piece of filmmaking.

A Bite of Bone – Honami Yano

I’m closing out my recommendations from GLAS with a personal favourite, Honami Yano’s extraordinary short A Bite of Bone. The film picked up The Grand Prize for Short Animation at the prestigious Ottawa International Animation Festival last year and for good reason. Yano’s dotted art style is breathtaking, a perfect foil for a story about grief, memories and unique native tradition. It follows a young girl reflecting on her last summer with her dad at his funeral. The story weaves its way through the summer, picking up on the small details that made that final experience with her father so memorable. A perfect example of form, narrative and technique completely interlocked with one another. Go watch it!

You can find more unmissable films, like the ones playing GLAS Animation 2022, in our Best of Fest collections.