After talking about the compelling array of short films available to watch at London Film Festival last week, I now find myself in the same position talking about the impressive selection of feature films that were on display this year. The features on show at LFF ran across a huge variety of strands and programmes from the genre-specific fare of the ‘Cult’ strand to the Headline Galas which attracted some of the world’s biggest stars to the red carpet in London. Here at DN, however, we’re interested in those hidden gems, the films that won’t be arriving on Netflix in a month’s time that push the artistic boundaries of the form and deserve to be championed. So, with that in mind, we offer below a recommended selection of ten features to add to your watch list from a collection of international auteurs and innovative debut filmmakers.

An intoxicating concoction of freedom, desire and animalistic tendencies, Ann Oren’s feature needs to be seen to be believed. Centring on a foley artist who, while working on a pharmaceutical advert involving a horse, begins to experience a breakdown of reality as she, herself, grows a tail. Her investment in perfecting her work and her newfound appendage become intertwined with her sexuality as she finds that her base impulses are what allow her to be truly free. A genuinely startling and surreal debut feature.

There are quiet echoes of David Lynch and Nic Roeg in Fridtjof Ryder’s debut feature, an eerie folk thriller about a young man who has recently left a psychiatric institute in the wake of his mother’s disappearance. The man spends his day clambering for cash by working as a mechanic with his father, who is grounded in a typically brilliant character performance by Mark Rylance, whilst wrestling with his ongoing inner demons. Ryder conveys the quietly unhinged psychology of his protagonist subtly, allowing the history of his character to slowly come to the fore throughout the film’s disorientating nightmare-like narrative which culminates in a finale that is both unsettling and surprisingly moving. 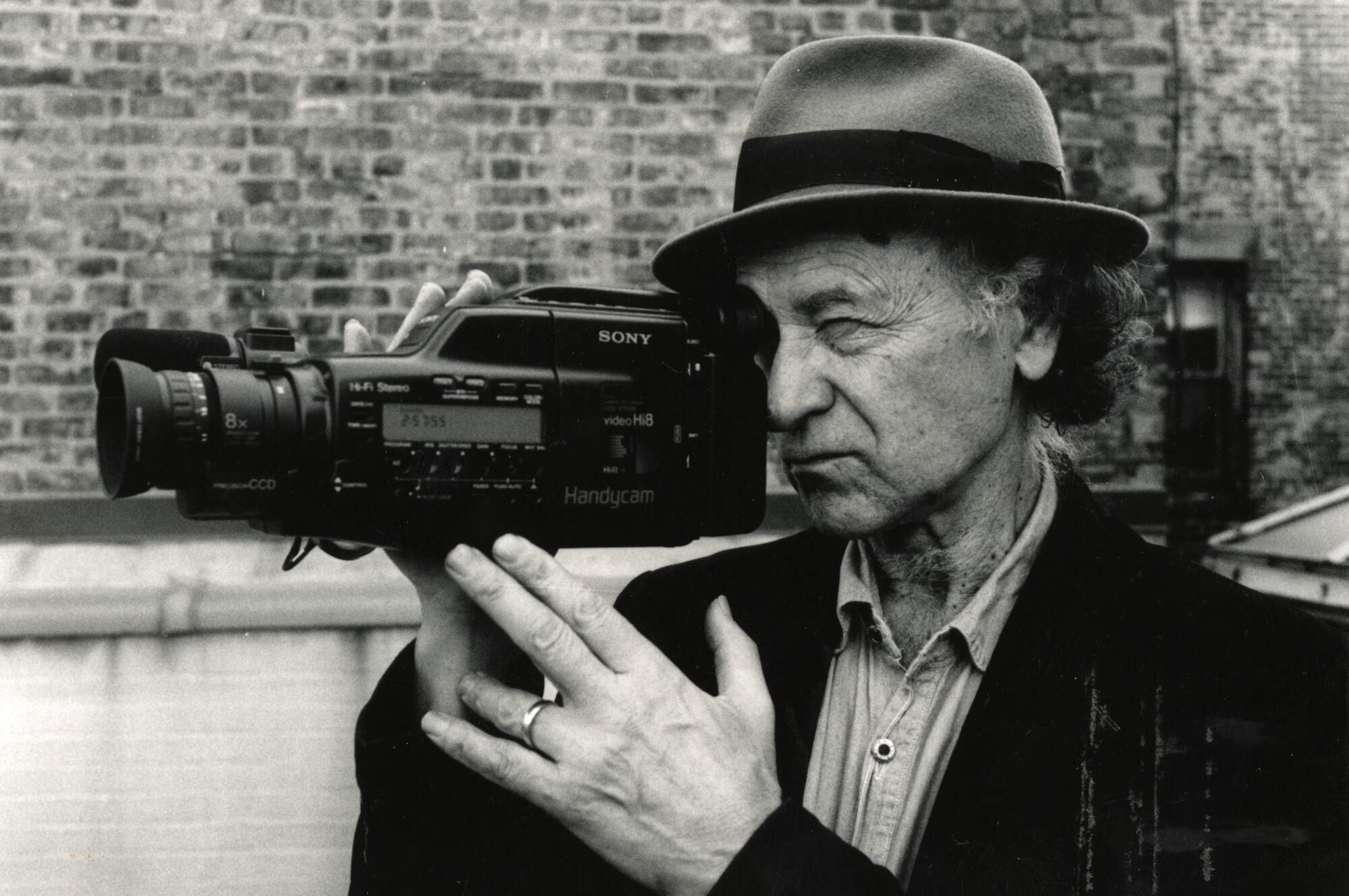 A thoughtful paean to an incredibly unconventional artist and filmmaker. KD Davison’s film on the life and career of Jonas Mekas has a traditional documentary format but that conventionality brings an accessibility to his continuously intertwining approach to art and life. It features an impressive cast of artists and filmmakers including Jim Jarmusch, John Waters and Martin Scorsese amongst many others, who each champion the lasting effect Mekas has had on cinema and the independent filmmaking movement. A kind and loving tribute to a truly remarkable artist.

Things just keep getting worse for Pepe, the Icelandic woodcutter at the heart of Mikko Myllylahti’s dark comedy. The film begins on Pepe’s birthday where he ventures to a local bar after catching a fish with his son and is met with a surprise party. From here on out, however, everything starts to decline. I won’t say any more plot-wise as it’s best going in with as little knowledge of what happens as possible but the joy of Myllylahti’s excellent feature comes in the form of its darkly comic dry wit, the stunning cinematography and location work, and the Twin Peaks-esque moments of pure mysticism.

Iranian Director Mani Haghighi’s Hitchcockian drama is a thrilling mystery of mixed identities. When Farzaneh, a driving instructor, sees her husband Jalal on the local bus, whilst he’s supposed to be away on a trip, she can’t help but follow him whilst keeping her distance. Then when he enters an unknown apartment block, she begins to fear the worst. It’s a work grounded by excellent performances by Taraneh Alidoosti and Navid Mohammadzadeh, whose brilliantly nuanced portrayals keep you on your toes right up until the film’s rain-drenched and noir-inflected climax.

“If you love something, it will take you somewhere” is the mantra of thirty year old man-child Kao. Kao is a sport stacking champion, a hobby he picked up as a young boy that has now become a life obsession. However, as he reaches his thirties, he finds himself needing to face the facts and finally grow up. Nawapol Thamrongrattanarit’s latest feature presents its self-reflexive narrative of a man yet to accept adulthood as he sees it, through the lens of his favourite Hollywood action movies. Packed with gags, charm and plenty of glorious Fast & Furious references.

Set in a remote Quechua village in Bolivia, Alejandro Loayza Grisi’s drama is about an ageing village elder who faces questions of his own mortality when his community runs out of water and their existence faces extinction. Grisi’s feature is a spiritual one, it asks questions of who we are in relation to our way of life and if we choose to be defined by that. It focuses on the arduousness of the everyday need for survival, like the search for water or the maintenance of the local llamas. Subtly, it also works as a revisionist western, with an epic, soulful score underpinning the people’s quotidian battle for survival.

A compelling Chilean psychological thriller about Carmen, a wealthy woman who is asked by her family’s priest to shelter a young activist during a moment of serious political strife as the stability of her country begins to buckle under the dictatorship of Augusto Pinochet. Martelli’s use of colour and framing is superb at reflecting the strained undercurrents of Carmen’s day-to-day existence as she becomes more and more embroiled in the fraught tensions that her comfortable privilege had protected her from. 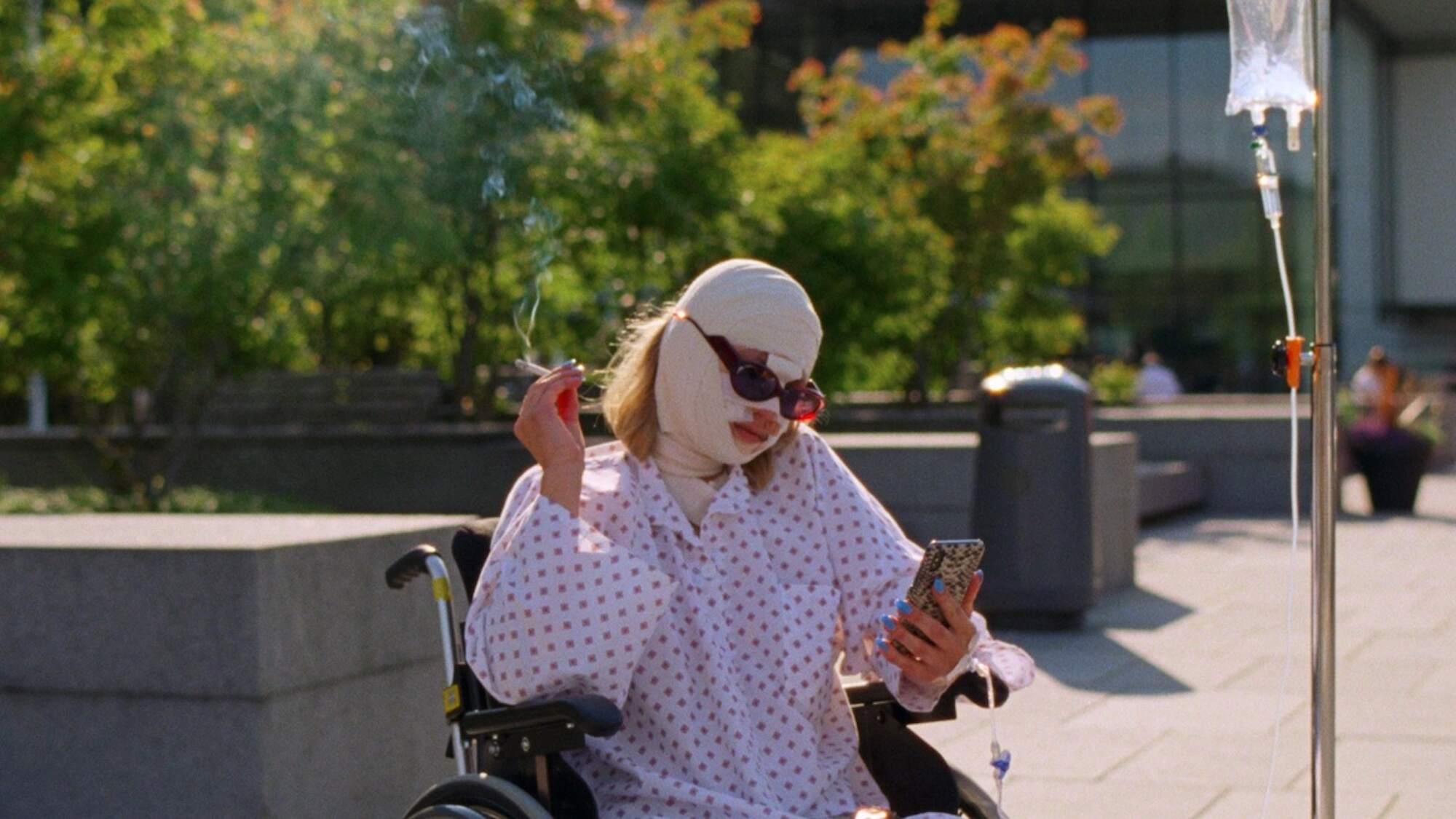 Sick of Myself – Kristoffer Borgli

Deeply uncomfortable and darkly hilarious, longtime DN alum Writer/Director Kristoffer Borgli’s black comedy is a toe-curling look at society’s relationship with self-obsession. It’s about Signe and Thomas, a couple locked in an unhealthy relationship built on the ways in which they can one-up each other. From stealing bottles of ridiculously expensive wine to causing scenes at each other’s big career moments, Signe and Thomas are obsessed with their own drama. But when Thomas’s career begins to accelerate, Signe takes their competitive nature to all new levels of self-destructiveness. A feature that takes a sharp look at media culture’s relationship with fame which is packed with cringe-worthy moments.

The final recommendation on this list is Cyril Schäublin’s impressively quiet political drama. The first aspect of Unrest that struck me when watching it was its exquisite use of framing. Not only are the compositions painterly in their construction but they reflect the narrative’s focus on a rising anarchist movement amongst watchmakers in late 19th century Switzerland by quietly populating the wide astute frames with small pockets of growing political discontent. This approach to detail continues through its subversive story which is mostly populated with intricate exchanges of standardised time discussions and wage-counting that slowly layer to create an intricately curated framework reminiscent of a well-constructed watch.

You can find more unmissable films, like the ones featured at London Film Festival, in our Best of Fest collections.