Another Song About Guilt and Death – Bob Dixon 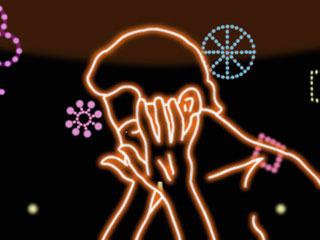 Bob Dixon’s other video work includes live show visuals for David Bowie, Kylie, Westlife, S Club 8 and American Idols commissioned by Blink TV. He has also completed promos for Neo Records artists Bass Toy and the Rhythm Masters. His work with Cheeseburger continues with a series of videos created for a DVD of its album Pat and Amy’s Wedding.