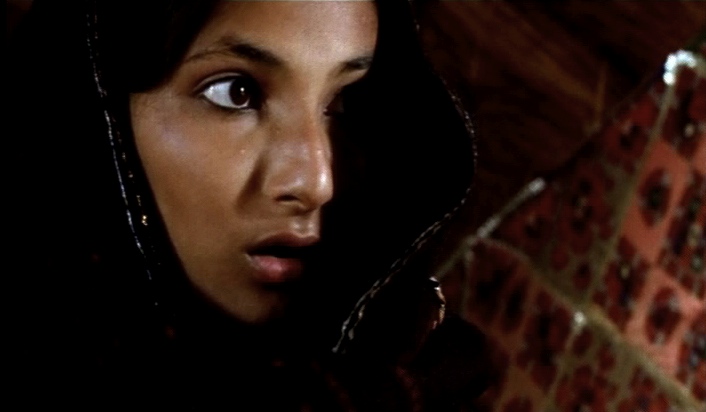 From script to screen, the production of Little Terrorist was completed between November 2003 and March 2004. Little Terrorist was originally written for Fox Searchlight who, having seen Road to Ladakh on the film festival circuit, approached writer/director Ashvin Kumar to make a short for their lab.

However, Kumar eventually decided to make the film independently and began assembling the crew through his production company, Alipur Films in London. With the help of associate producer Sarah Tierney, an experienced crew was formed via Shooting People, who all worked for free, traveling to India at their own expense to be part of the project. On The Road Productions, a Los Angeles and Bombay-based company headed by co-producer Dileep Singh Rathore, brought line-producer Vans Pradeep Singh onboard to co-ordinate the Indian end of the production.

With a shoestring budget, the shoot began with the crew welcoming in the New Year at a tented camp in the middle of the Rajasthan desert. As the shoot progressed, the crew had to contend with freezing mornings and nights, a remote location, a multi-dialogue production team, and logistical nightmares.

In the middle of the shoot, a freak accident almost brought the production to an early close as the tent containing the film stock caught fire and was burnt to the ground. Fortunately, members of Vans Pradeep’s crew bravely ran into the burning tent and retrieved the stock. Other shoot mishaps included a herd of cows, panicked by DoP Markus Huersch hovering above them with his camera on a crane, head-butting each other and almost trampling three actors who were crouched under a bush waiting for them to pass.

With word spreading quickly of a film shoot in this remote desert location, tractor-loads of cinema crazed villagers poured onto the set, all dressed in their best waiting in vain for Megnaa (Rani in the film) to break into a traditional Bollywood dance sequence. One day saw around 200 villagers crowded dangerously on the lip of an amphitheatre-like quarry where a complicated scene was being shot. Getting live/sync sound during these periods was by no means an easy task for sound recordist Roland Heap.

Due to the limited budget and director Kumar’s insistence on authentic Rajasthani music for the film, several troupes of Laangar musicians auditioned for the cast and crew after wrap each night. The selected Laangar troupe were called out to the wrap party, where Heap set up a virtual studio and recorded everything they sang that night. The Laangar troupe not only provided the music in the film, but also feature in it as the wandering minstrels. The rustic sounds of the desert were added to composer Nainita Desai’s score, and what started as an improvised cost-saving impulse became a lyrical and unique fusion of Indian folk and traditional western composed film score.

A self-funded professional crew, a multi-dialect production team, the remote location, a very stretched budget, crew illness, burning tents, broken equipment and unwanted extras were just a few of the unusual and challenging elements of shooting Little Terrorist, but in the end the crew’s dedication enabled Kumar’s vision to come to life.