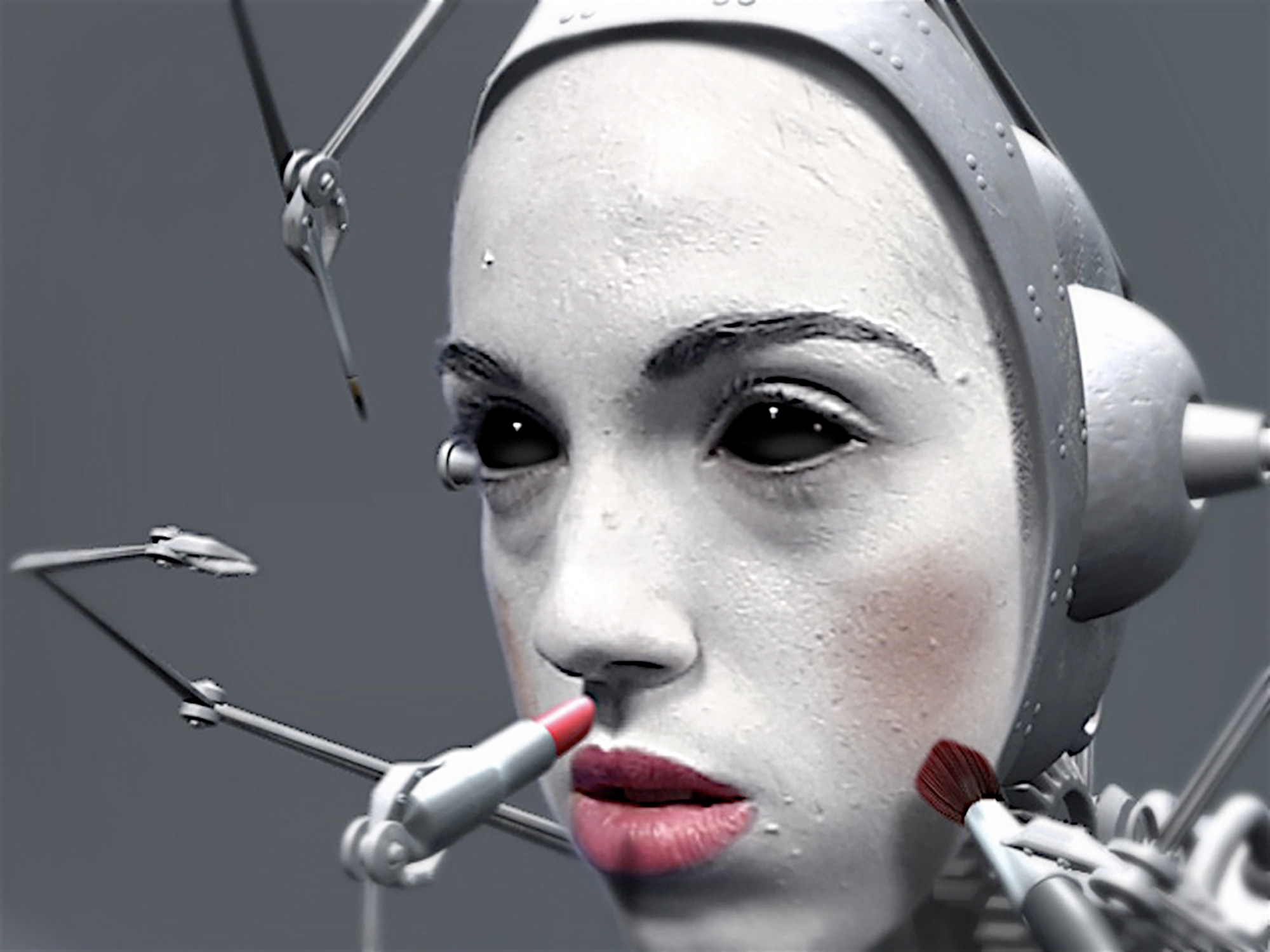 Pretty much every guest we’ve had on the show has had to master a chameleon-like approach to filmmaking, swapping and morphing roles as a project dictates, but Andy Huang threw himself into the challenge of creating the identity construction piece Doll Face by taking on all possible roles, learning what he needed along the way.

Doll Face (2005)
Doll Face follows a machine’s struggle to construct its own identity. The machine with a doll face mimics images presented on a television screen and ultimately self-destructs from its inability to adopt a satisfactory visage. Created in its entirety by Andy Huang, Doll Face presents a visual account of desires misplaced and identities fractured by our technological extension into the future.