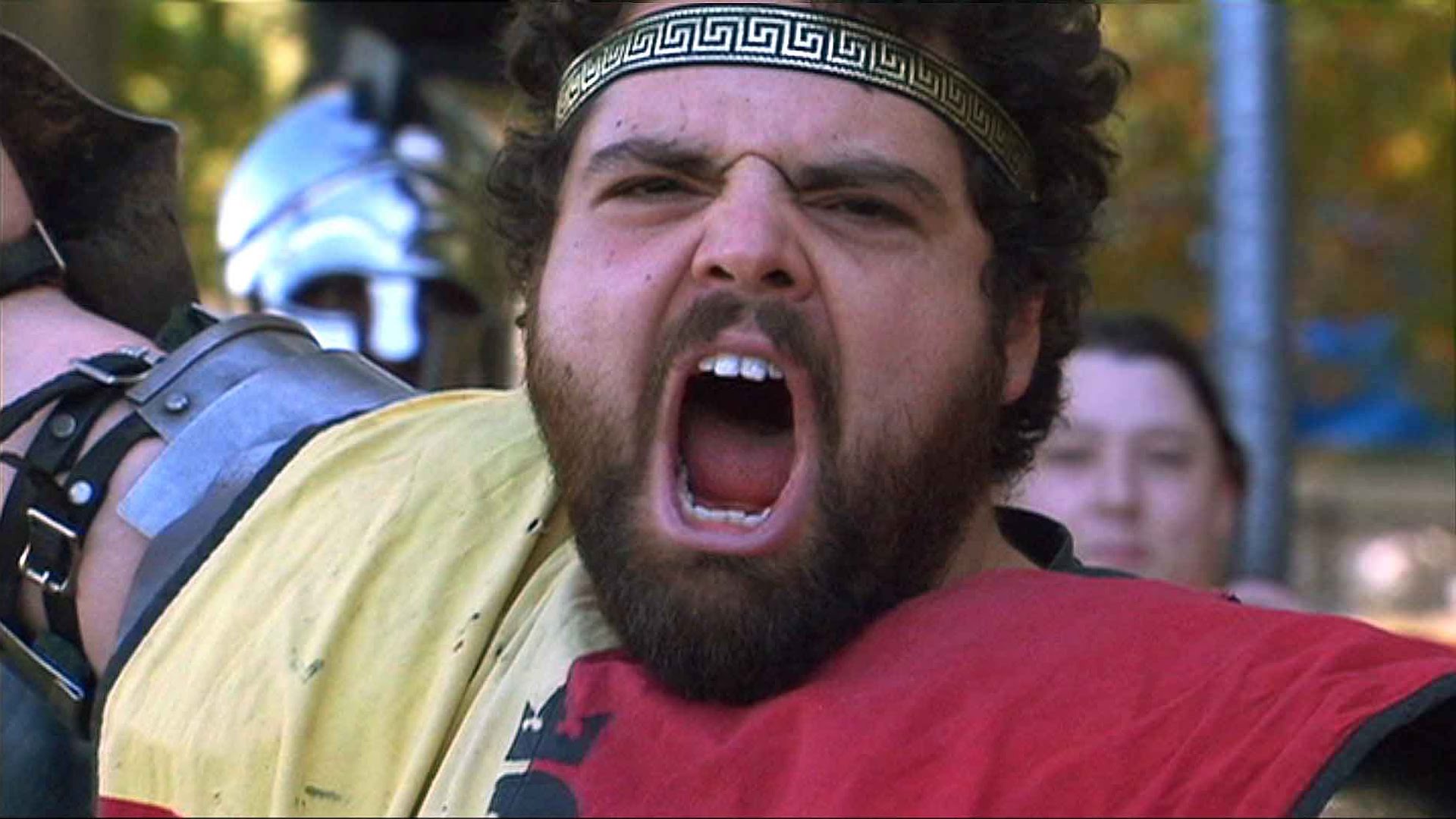 Today I’m joined by co-directors Andrew Neel and Luke Meyer to discuss their feature documentary Darkon, a look in to the community of weekend ‘warrior knights’, whose fantasy live action role-playing holds a mirror to the roles we create and maintain in everyday life.

These live action gamers combine the physical drama of historical re-enactments with character-driven storylines inspired in part by such perennial favorite fantasy epics as the legends of King Arthur, Lord of the Rings, and the saga of Conan the Barbarian. As role players, these gamers create alter-egos with rich emotional, psychological, and social lives. They costume themselves and physically act out their characters’ exploits both in intimate court intrigue and campouts and in panoramic battle scenarios involving competitive strategies, convincingly real props, and full contact ‘combat’.