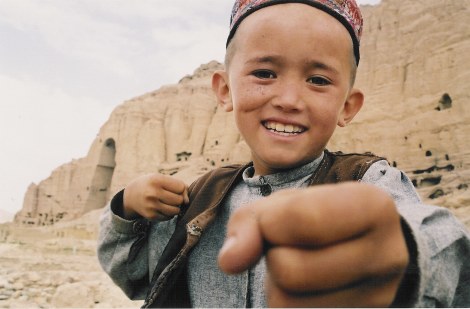 The Boy who Plays on the Buddhas of Bamiyan – Phil Grabsky

An eight-year-old boy called Mir Hussain, living in a cave in Bamiyan, Afghanistan may not appear to be the most obvious choice for a feature length documentary but producer/director Phil Grabsky’s film The Boy who Plays on the Buddhas of Bamiyan uses Mir’s individual story to show how life is lived by ordinary Afghans post-Taliban Afghanistan.

Grabsky decided to embark on the project after researching an arts film on the possible reconstruction of the Buddhas of Bamiyan, the tallest stone statues in the world and Afghanistan’s foremost tourist attraction which were destroyed in March 2001 by the ruling Taliban. Having discovered that there were refugee families living amongst the caves near the ruins, Grabsky did his research and completely against British Foreign Office advice, headed to Bamiyan with his fixer and wandered the caves to find the true story.

Various broadcasters turned down the idea as it was deemed no longer topical. However, he managed to find half of the £120,000 budget himself with Channel Five picking up the balance due to their prior relationship with Grabsky and his company Seventh Arts on their Great Artists slate of programmes. Despite Channel Five’s support, the plan was always for The Boy who Plays on the Buddhas of Bamiyan to be a feature length documentary rather than a TV documentary.

“There was never any doubt in my mind that The Boy who Plays on the Buddhas of Bamiyan would be made first and foremost at cinema length, for cinema distribution. It’s a risk as distribution is hard to secure but certainly the festival circuit is very active and rewarding. Television is very transitory – one’s films air then may never be seen again, whereas theatrical documentaries have a much greater life and, for the director, a much greater interaction with the audience. The Boy.. will make the most of both worlds and, in doing so, hopefully attract the greatest attention to Mir and the 25-30 million refugee children like him worldwide.” 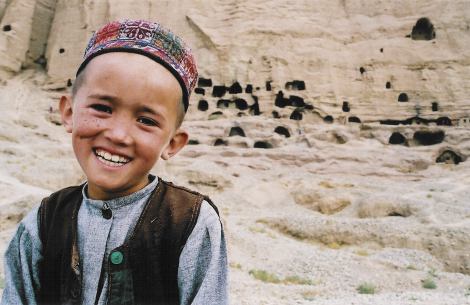 Phil joined us in DN083 to discuss the sequel in progress The Boy Mir along with his latest feature doc Escape from Luanda.