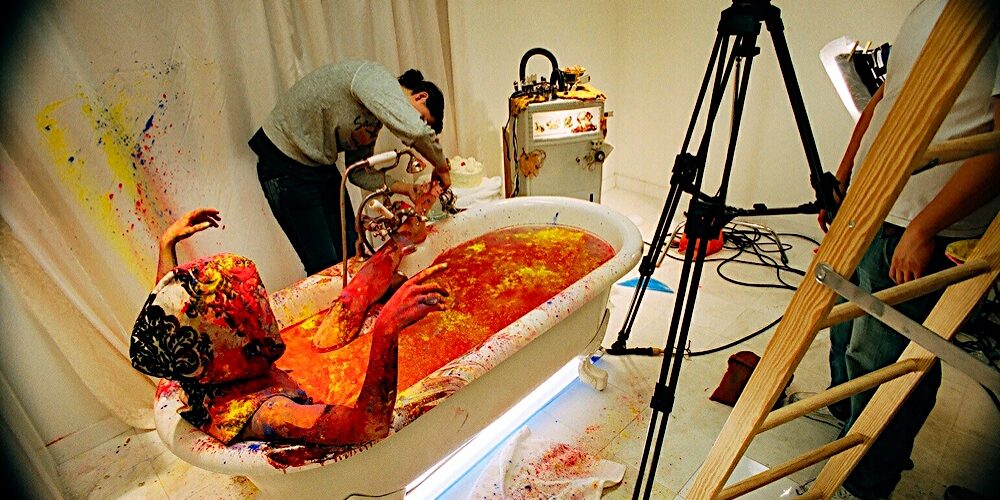 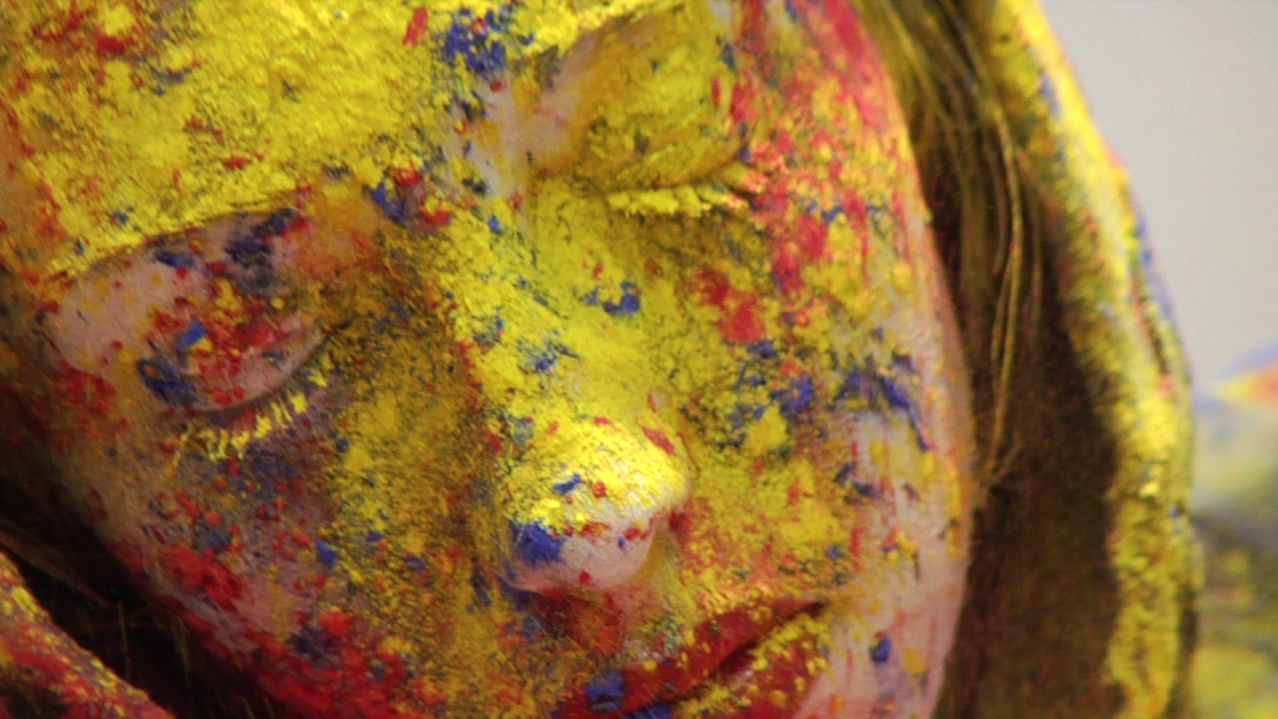 Sometimes when I’m out hunting for films I catch something that I’m certain I want to feature from around frame 5 and have to hold back from firing off the interview invite before I’ve watched to the end. The fashion / art / experimental fusion that is Bathtub from M.A.Y.O. – Mind All Your Outsides – is such a film and I’m pleased to have both Priya Sanghvi and Dan Scott Goldstein join me to discuss their work and the hunt for the perfect bathroom.

In a bathroom set with diamonds, white cake, and a porcelain claw-foot tub, a beautiful young woman readies for death. She’s hooked up to a machine, which instead of reading her vital signs emits a warning about the extinction of dinosaurs. In the minutes before her death, she practices a ritual to prepare herself for the unknown.