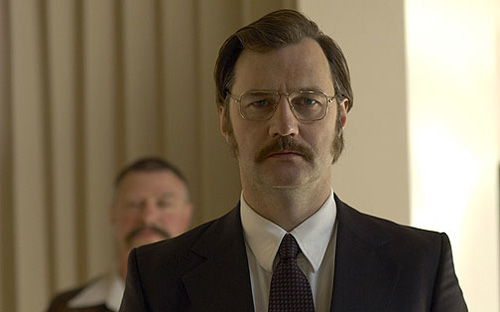 I’ve never been a big fan of TV, especially TV drama, I usually find it pales in comparison to film in all aspects of production. So when it comes to the choice of putting on a DVD or flicking through the endless channels of dross that we have available now, I’ll always reach for a film to provide some challenging entertainment and inspiration. Don’t get me wrong, there have been some exceptions, Freaks and Geeks was never given the credit it deserved and The Sopranos is for me, up there with gangster classics like The Godfather and Goodfellas. More recently, Channel 4’s Red Riding trilogy has made a massive leap in closing the gulf between TV and Cinema, by consisting of three films that would be as home on the big screen as they are on the small screen.

If you’re a regular visitor to Directors Notes, then you’ve probably already seen my passion for the first (1974) and second (1980) parts of the trilogy and I wasn’t at all disappointed by Anand Tucker’s final installment – 1983.

Like with the previous two films, the acting from Tucker’s cast is exceptional and from supporting actors to lead performers there isn’t an average performance in sight. 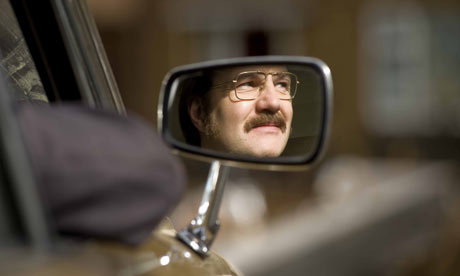 In this final part of the trilogy, David Morrisey makes the leap from his bit roles in both 1974 and 1980 to lead actor and main focus of 1983 with great finesse and conviction. His portrayal of Detective Chief Superintendent Maurice Jobson radiates all the signs of a man fighting a battle with his conscience as he comes to the realization, that the corruption he’s involved in is deeper than he ever could have imagined. Morrisey’s character is an almost perfect portrayal of a man on the edge, you want to hate Jobson for all that he’s involved in and all he turns a blind eye to. However, Morrisey manages to bring a little hope to this desperate character; where you know you should be waiting for Jobson’s downfall, you find yourself wishing for his redemption.

Visually 1983 returned to the dark cinematic stylings of Julian Jarrold’s 1974, instead of the cooler Docudrama style of James Marsh’s 1980 and like Jarrold’s film, Tucker’s imagery is stunning and betters a lot of cinematography I’ve witnessed at the cinema recently. It was pleasing to also find out that the look of the film was achieved using a digital camera, although I’m not sure if the Red One can be compared to other digital cameras. Tucker sticks to a distinctive palette (much like 1974) of muddy browns and slate greys which fit the period and feel of his film exactly.

The use of light, streaking across shots or dazzling/blooming from light sources in another flourish the filmmakers add to the visuals and one that could be interpreted many ways.

After intensely viewing all three, I’m glad the trilogy lived up to my expectations, as they were high after seeing the cast and production team involved in the project. I think one of the TV channels would have to pull out something very special to give me a better small screen viewing experience this year and I wouldn’t even be surprised if the films gatecrashed my Top Ten at the end of the year.