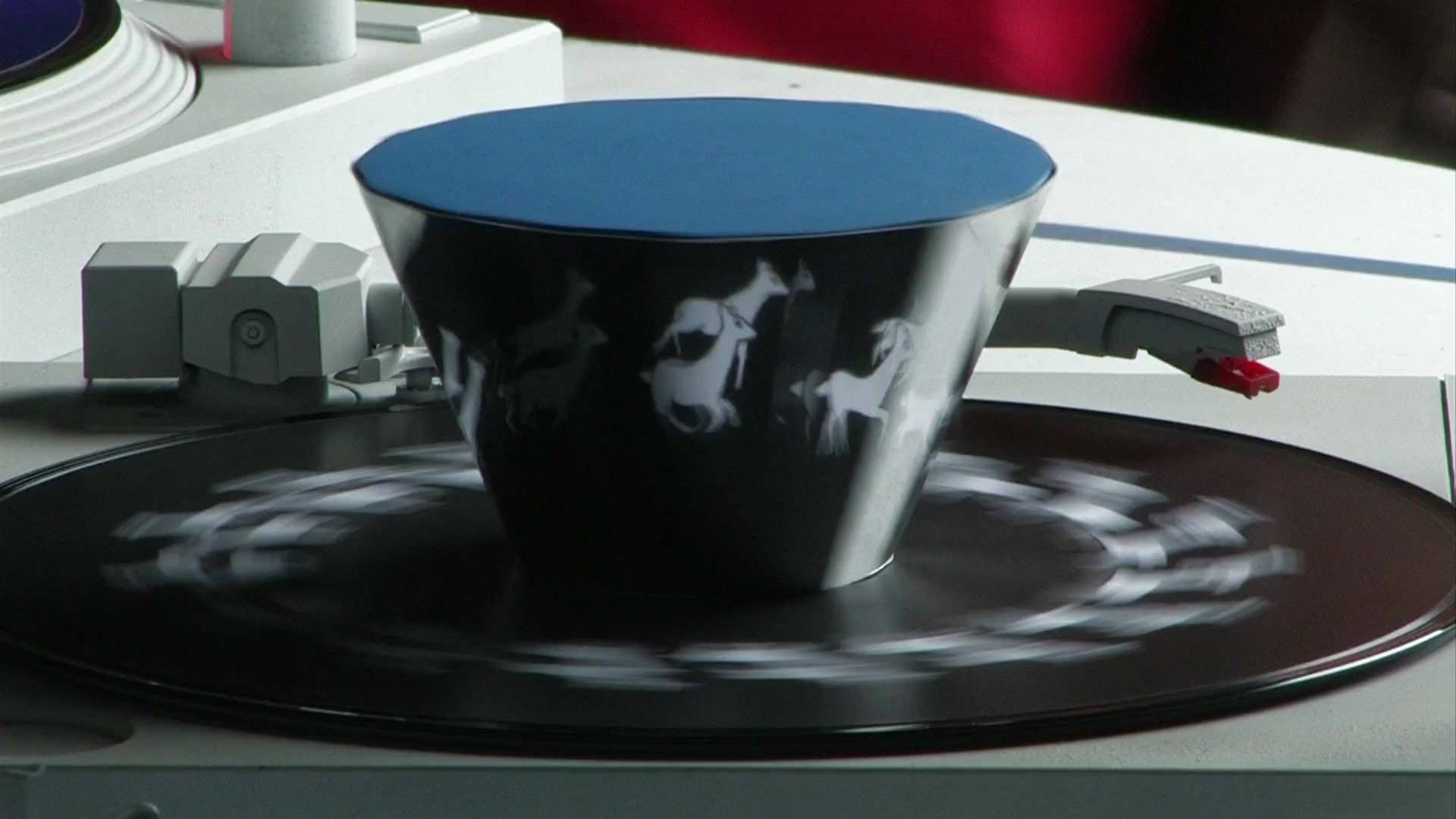 Animation can be a long, arduous process that requires God like patients, however after taking part in a real-time arts project, director David Wilson discovered that combining praxinoscopes with custom record labels created a much faster form of animation that could be completed fully in-camera; without the need for any post or 3D manipulation. David joins us to discuss the process and why a hands on approach to working can lead to new creative discoveries.

Using both praxinoscopes and the technique of matching up the frame rate of the spinning record to that of the camera, no computer super-imposing was used; what you see is what rolled off the camera. The transitions between each section of animation was created by simply cutting or wiping between the bits of footage.

2 Responses to DN144: Moray McLaren: We Got Time – David Wilson