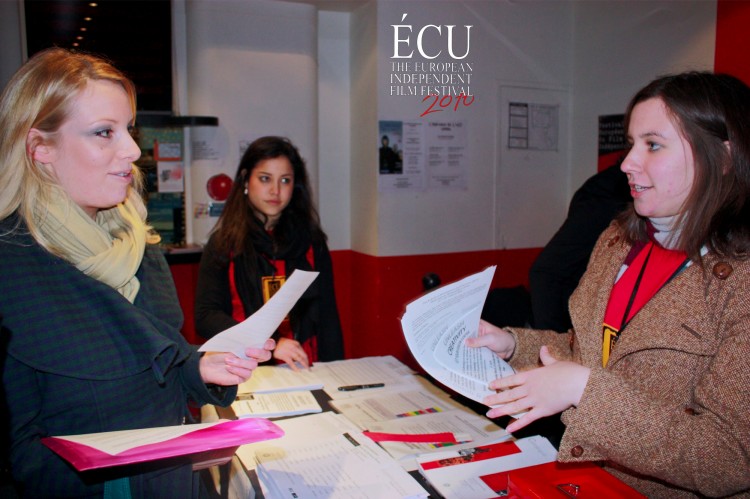 I am tumbling through a rainbow of identification tags, frantically scouring for red – a red tag means a filmmaker. In my as yet futile hunt (not for lack of red tags, but rather for penetrable conversations), I overhear someone British. This is a plus, in that it means that the only language barriers between them and myself can be avoided by not talking about elevators, cookies, or different methods of cooking potatoes. The British woman is saying “Yes, I made it,” and I swoop in– vulturous. “I’m sorry, I was certain I overheard you saying, ‘I made… something, and I was hoping that something was a film…?,’ and I realized I should probably talk to you. Might I interject with a few questions?” The British woman giggles warmly. There is another with her, likewise giggling warmly. “Oh, to be famous,” director Jessica Morris (the first of the two Brits) replies.

Through most of my discussion with them, I assume I am talking to director and co-directors of the documentary Reaching Rosie, about an autistic girl and her parents’ acceptance and appreciation of every aspect of their daughter’s autism as “magical and beautiful.” Actually, it turns out that the second woman I’m speaking with is Rosie’s (the subject of the film) mother. I am moved to see that she isn’t merely a documentarian’s subject captured and encaged in 8mm, but an active and vocal member in the whole process; it is also a testament to the quality and delicacy of the film that Rosie’s mother so wholly embraced its handling of hers and her daughters’ lives. Unfortunately, the touching display leaves me without words (for I fear my questions will only trivialize), and I tell them to have a great evening and duck out.

I bump into Jessica Morris again the next day, after having attended one of the G-Tech workshops. Her screening had been that afternoon; apparently it had gone wonderfully, and she said that she was relieved to have managed not to sound too ineloquent during her Q & A, regardless of her fatigue (euphemism) from last night’s after-party. She mentions that it was the first time she’d seen her film on a large screen (a phenomenon which we all know necessitates heavy drinking). This was, indeed, the film’s world premier, and she was able to perceive it differently with the addition of audience response: people were chuckling during parts she wouldn’t have expected, she says, and some laugh-worthy moments passed silently. It must have gone well, though, I assume, as she confesses that she’d already been asked for her autograph once today.