Moviemaker’s 10 Podcasts Worth a Listen 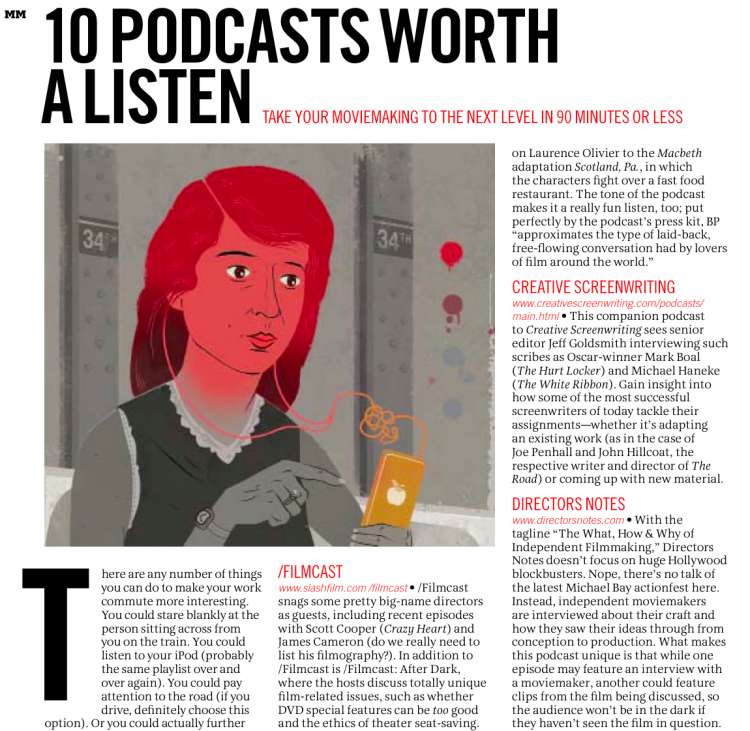 Time is short, so if you had to boil all the film podcasts vying for your attention down to a perfect 10, then the 10 Podcasts Worth a Listen list in the Spring issue of Moviemaker Magazine is where I’d start.

Now aside from the fact that Directors Notes has made the cut (yea us!), I can honestly say it’s a quality selection, including the likes of /Filmcast, Filmspotting and Creative Screenwriting.

One slight clarification though for those of you who were inspired to visit following the piece:

“What makes this podcast unique is that while one episode may feature an interview with a moviemaker, another could feature clips from the film being discussed, so the audience won’t be in the dark if they haven’t seen the film in question.”

Pretty much ever interview we’ve run on DN, outside of festivals coverage, is proceeded by clips or full films so you always have a frame of reference for the conversation.

7 Responses to Moviemaker’s 10 Podcasts Worth a Listen