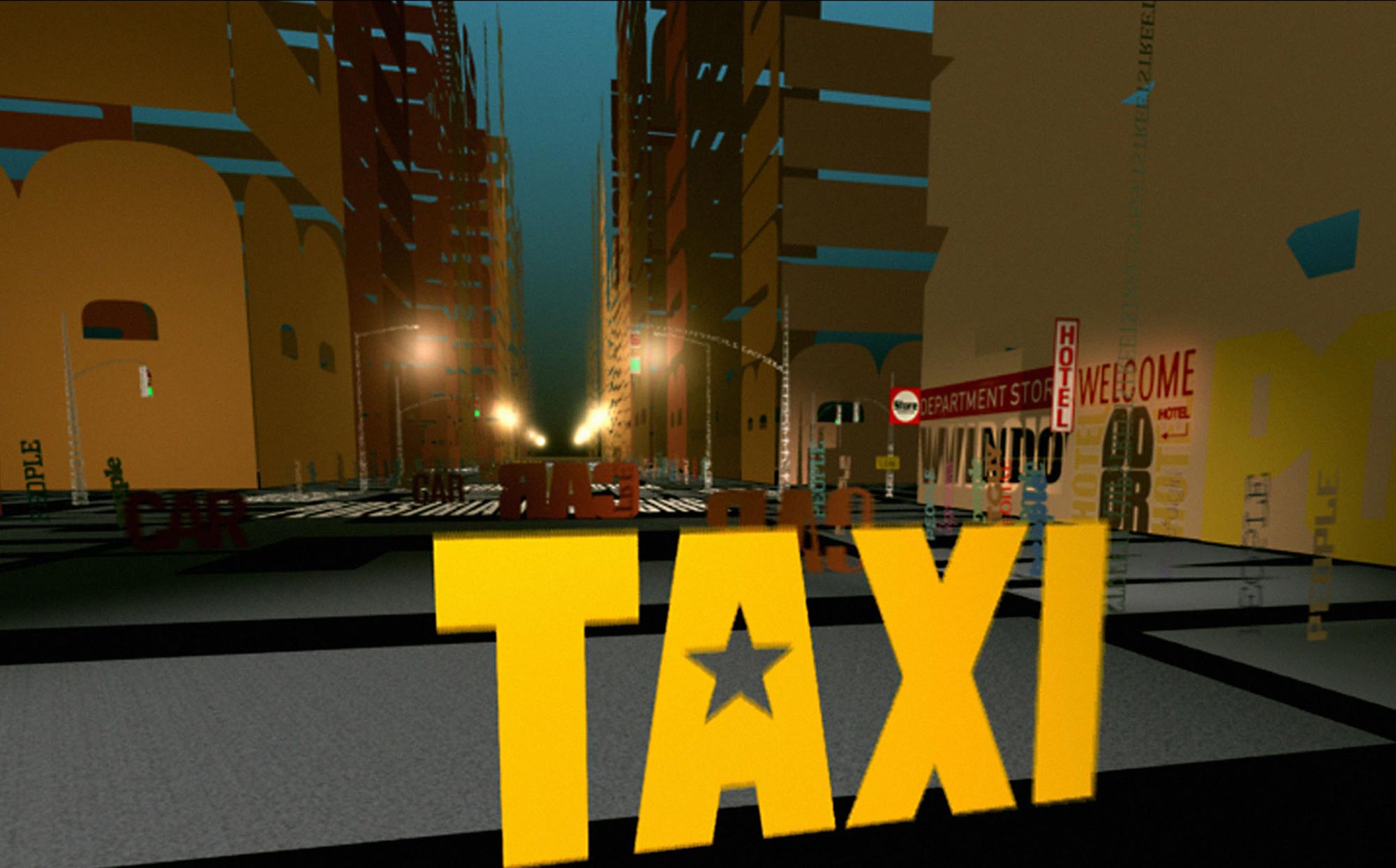 I love motion graphics. If you can throw shapes, words, colours and textures around the screen in an interesting way, I’ll gladly give you my undivided attention for as long as you want it. Going back to 1999, one of the best uses of motion graphics for a promo has to be Antoine Bardou-Jacquet’s take on Alex Gopher’s The Child.

The story is simple enough; a couple race across town in a taxi hoping to make it to the hospital before their new addition to the family puts in an appearance. However, everything – people, vehicles, buildings – is rendered as text. Unfortunately the only copies I can find online are low res.

Antoine also directed the 2003 Rube Goldberg-esque Honda spot Cog, which is excellent, and below in case it never crossed your path.