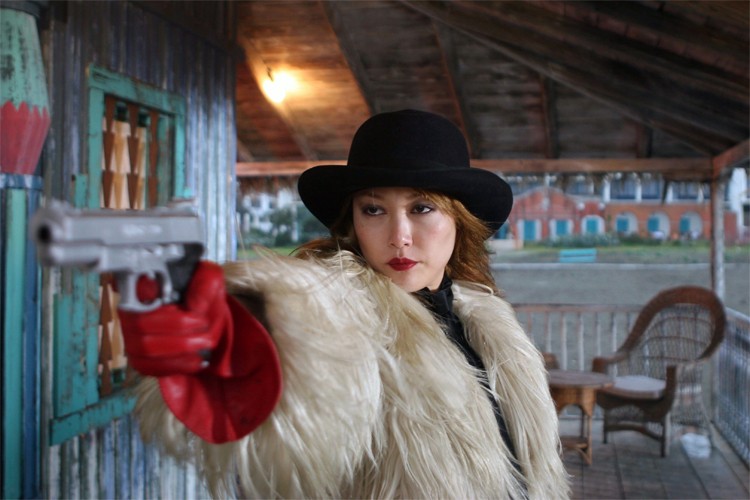 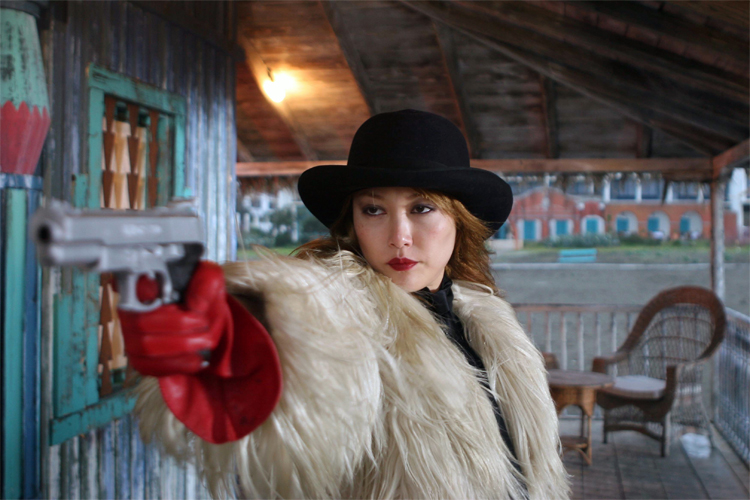 When Rian Johnson’s Brick came out in 2005, the class and confidence shown in the young filmmaker’s directorial debut blew me away. For those of you that haven’t seen Brick, it plays out like part hard-boiled, neo-noir detective story and part high school drama; imagine the novels of Dashiell Hammett mixed with Alexander Payne’s Election. It’s a film of great maturity, style and substance, made for under $500,000 and edited on the director’s Apple G4; it truly is one of the few shining examples of low-budget filmmaking of recent years (Johnson even admitted in a recent Q&A at the Curzon, that he believed it was a miracle the film got made, as he was just a “first time director with a weird script”). The main problem with having a low-budget, critically acclaimed, box office hit is how to follow it? In Johnson’s case, you follow with what the director describes as a “character driven con-man movie with an emotional pay-off”; the super-slick The Brothers Bloom.

From an early age the brothers Stephen (Mark Ruffalo) and Bloom (Adrien Brody) have been conmen, orphaned, the boys get shuffled to foster home after foster home, the art of the con remaining the one consistent element in their lives. Brothers they may be, but these two certainly aren’t cut from the same cloth; Stephen is a con man at heart, he lives and breathes for his elaborate scams, whereas over time Bloom has become disenchanted with a life of lies and “being who he wasn’t”. Bloom tries to leave the life of the fraudster behind, but his brother (and only family) convinces him to come back for the ‘perfect con’, swindling the lonely, oddball millionairess Penelope Stamp (Rachel Weisz). Joined by the brothers’ mysterious accomplice Bang Bang (Rinko Kikuchi), an explosives expert who apparently just appeared one day out of thin-air, this eccentric foursome travels Europe scamming the hell out of everyone. As you would expect from a con movie, you’re never completely sure who’s the ‘coner’ or who’s the ‘conee’ and the story gets flipped more often than Tony Hawk’s skateboard as Stephen’s confidence tricks get more and more elaborate. Meanwhile, the relationship between Bloom and Penelope blossoms and it slowly starts to becomes apparent that soon he’ll have to choose between his brother and a life of fraud or Penelope and a life of truth. Although this is Bloom’s film (there’s no doubting he’s the leading-man), the story plays out like one of Stephen’s intricate plans, every event unwinding like a note in the margin of his notebook. 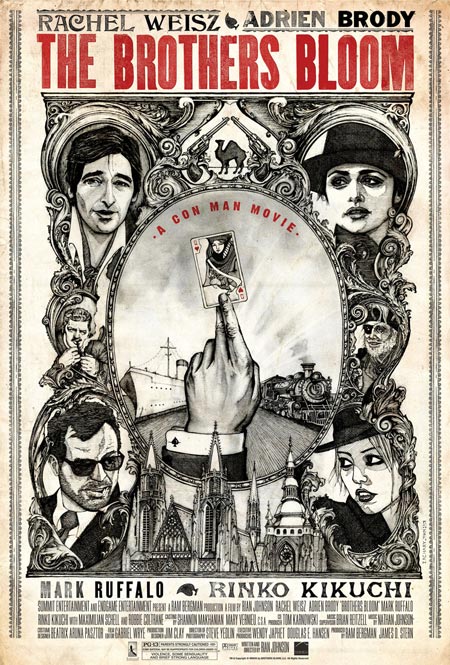 Where Brick excelled with a strong sense of originality and an innovative script, The Brothers Bloom left me feeling a little disappointed. There’s no doubting Johnson’s film is overflowing with fun and entertainment, but it does feel a little like I’ve seen it all before (can’t believe I’m saying that about a film containing a drunk camel and and a one-legged cat in a roller skate). In terms of style, The Brothers Bloom couldn’t help but remind me of the films of Wes Anderson; although maybe it’s hard to think of anything but The Darjeeling Limited, when watching a film about brothers featuring Adrien Brody and a train. The similarities run a lot deeper than this though; like Anderson, Johnson has a concentrated eye for quirky details which shows not only in the oddball behaviours of his characters (Penelope’s bizarre list of hobbies is a prime example) but in just about every process of filmmaking, from costumes, to locations, to transitions. Some critics appear to have reacted badly to the levels of twee and eccentricity in the film, describing it as relatively joyless exercise and too contrived to be plausible, too winsome to be quite bearable, but Johnson laughed off these comments insisting he “liked a world filled with one-legged cats in roller skates”. In terms of plot, if you’ve seen the likes of Ridley Scott’s Matchstick Men, Steven Soderbergh’s Ocean’s Eleven/Twelve/Thirteen or James Foley’s Confidence, you’ll pretty much know what to expect from Johnson’s con man movie, even if he does do it with a bit more flair and style than the others. There’s tricks aplenty throughout the film’s slightly overweight 114 minutes and although it doesn’t quite live up to the high standards of Brick, that’s not to say this isn’t a hugely enjoyable film. It’s well written, well cast, well acted and generally well made, but it’s just missing that spark to lift it from being simply a good film to something much, much more.

Although, The Brothers Bloom is slightly too elaborate for its own good, it is still a piece of filmmaking to admire and I’m with Andrew O’Hagan in believing that Rian Johnson is a new and original directing talent. If you get a chance, Johnson is definitely a director I would advise all up and coming filmmakers to hear talk; he speaks openly and honestly about the industry and the processes involved in getting a film made. The main piece of advice he had for people hoping to emulate his success was that “the main path to any movie getting made, lies under the feet of those making it…it’s all about persistence”. He even went on to admit that once you made that first movie, that first leap, the leaps that follow are much easier as “you have better people all around you”, so don’t be afraid to leap.

Johnson’s next venture into features is to be the “dark Blade Runner style sci-fi” Looper, which focuses on a group of killers (called Loopers) who work for a crime syndicate in the future. Their bosses send their targets hogtied and blindfolded back in time to the Loopers, and their job is to simply shoot them in the head and dispose of the body. For more clues on the plot of Looper, you can follow the film’s rather cryptic blog.

If you want to know more about The Brothers Bloom, Johnson has even made a director’s commentary available that you can download on to your iPhone or mp3 player and listen to whilst watching the film.