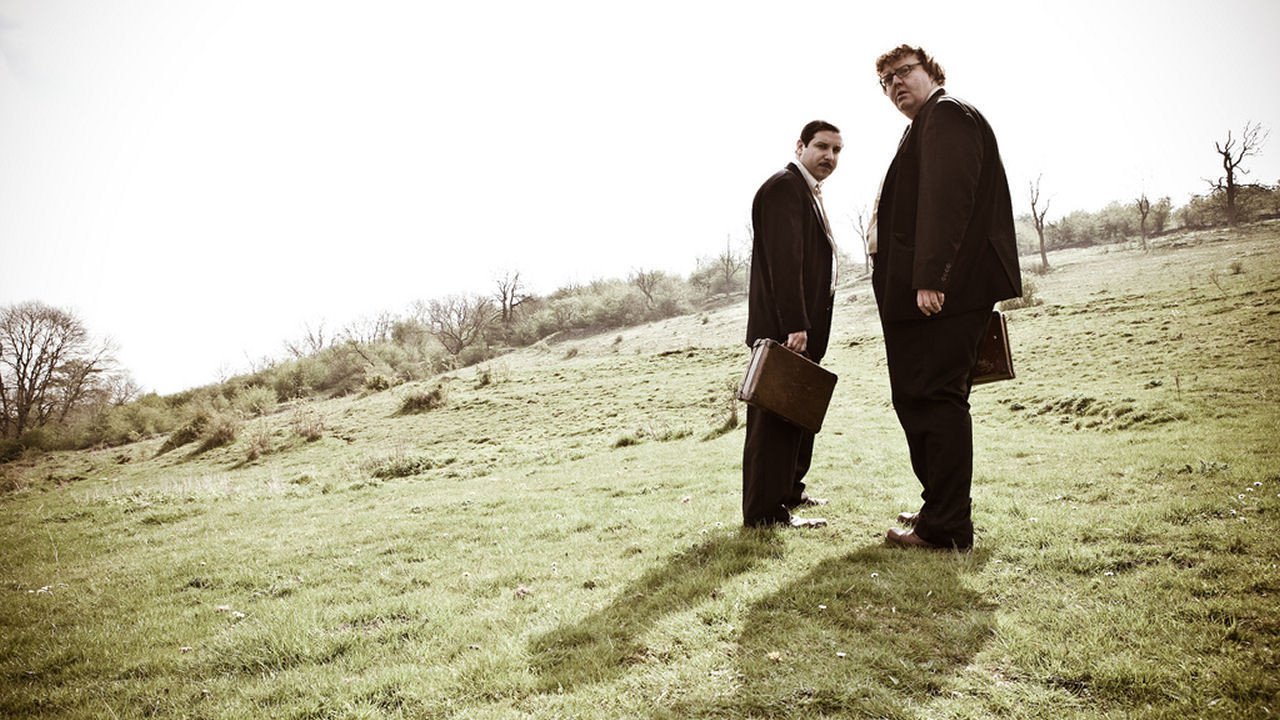 Described as “A very British Ghostbusters”, Nick Whitfield’s debut feature Skeletons has been gathering mounting praise from critics and audiences alike and also picked up the Michael Powell Award for Best New British Feature at this year’s Edinburgh film festival. I’m pleased to have Nick on the show to discuss transferring his parallel world from shorts to a feature.

Davis and Bennett are a mismatched pair of traveling salesmen in the business of cleaning out skeletons from closets. Together they travel across Britain, wandering in and out of their clients’ lives, performing “the procedure” whereby hidden secrets and lies are exposed. Assigned to a job by their boss, The Colonel, the pair soon find themselves up against their biggest challenge to date. But when they arrive at a remote family home and can’t seem to get the job done, they discover that you can’t always get away from your own skeletons.

You can’t put on screen anything that you don’t believe. That is always the number one rule. If you don’t buy it, then it’s got no business being on the screen.