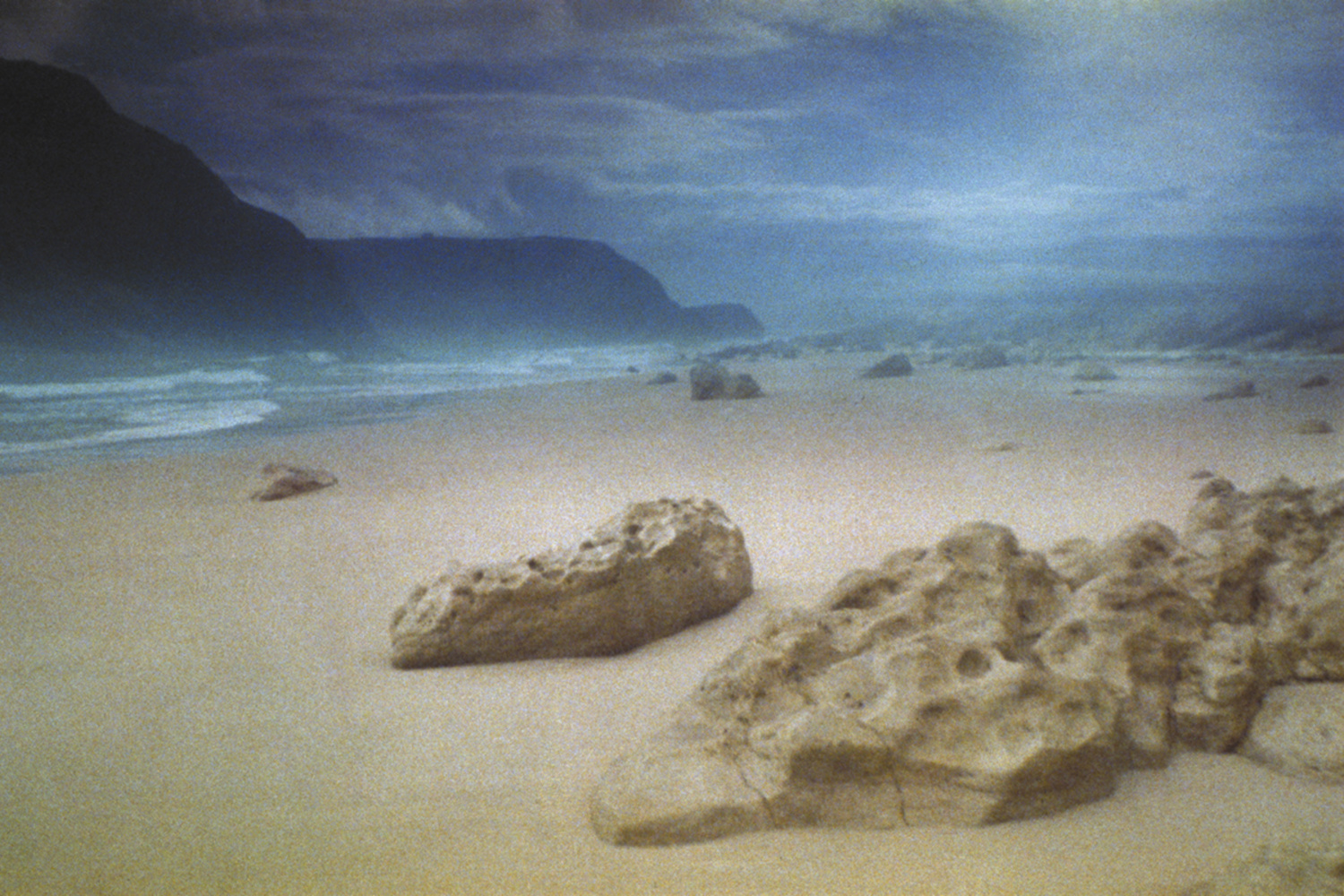 The worlds created by auteur filmmaker Michael Haneke are often dark and depressing places in which we witness masochism, post-apocalyptic events and violent murders that take place without reason (not all at once though!). With this in mind, what is it then, that makes his films so watchable?

I’m currently working my way through Haneke’s back catalogue, as until recently I’d never seen any of his films prior to the 1997 cult favourite Funny Games. So where better to start than with his debut feature The Seventh Continent.

I must ashamedly admit, I sometimes find it hard to watch an ‘old’ film over a more modern film and apart from the classics, it’s very rare I’ll put a film from the 80s on. So The Seventh Continent, along with Benny’s Video and 71 Fragments of a Chronology of Chance have been sitting on my side for sometime now. Somehow though, it makes the experience even more rewarding when you somewhat sceptically put a film on to watch, knowing you might not be in the right mood for it.

I’m going to try to not talk about The Seventh Continent in terms of content here, as doing so may very well spoil the experience if you’ve never seen it, but instead talk about the choices the director made in creating something that still feels fresh and exciting 20 years after it was made. Haneke has always been a challenging filmmaker and whether you’re looking at the form or content of his films, every piece contains something that should be a catalyst for debate within its audience. In terms of style though, The Seventh Continent could possibly be the most unconventional film he’s ever made.

The director sets the tone early on, beginning slowly with an almost 4-minute sequence as a car slowly travels through a car wash, with titles overlaying the extended takes (it’s not exactly the most thrilling title sequence you’ll ever see, but maybe one of the most apt, considering the rest of the film). Following this opening, it’s a further 6 minutes before we clearly see one of the The Seventh Continent’s main character’s faces. Instead, we are presented with a combination of close-ups and wide shots of a family going about their everyday routines, the camera always strategically placed to avoid revealing the subjects identity. It’s a brave beginning to a film, but one that pays dividends; there’s no pandering to audience expectations here and you’re left with no doubt that what you’re about to see is anything but the norm. 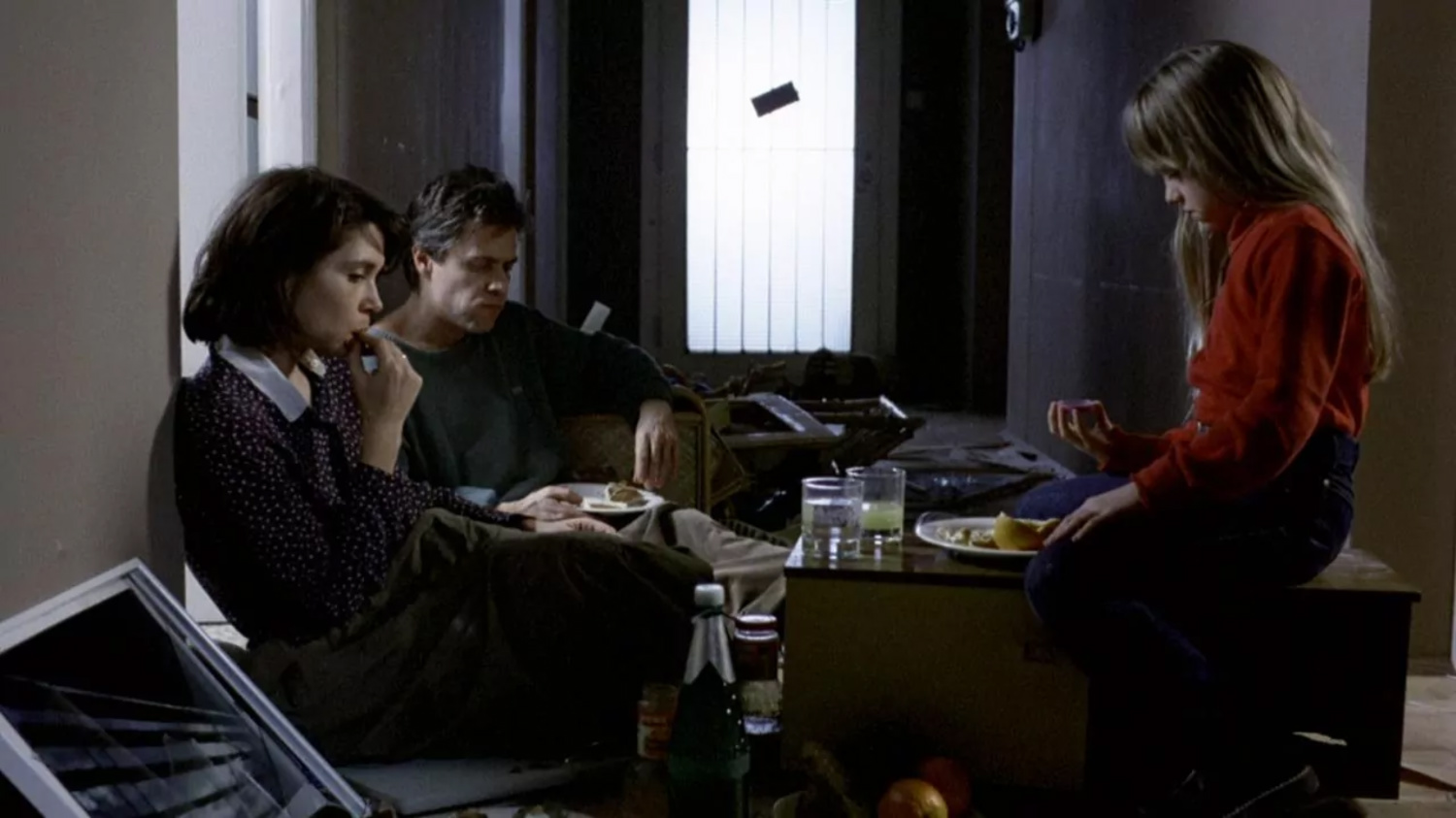 The film continues with uncommon stylistic choices throughout its duration and the unusual framing of shots and lack of camera movement often make you feel as if you are watching photographs that have come to life. All things considered, The Seventh Continent could have quite easily been a film made entirely from stills, as it’s rare there’s any kind of movement in shot and large portions of the film are either silent or told through voice-over. In fact, silence plays a large part in this Haneke creation, as it does in many of his others, the dialogue is sparse and use of music even more so. This, along with large sections of black, adds multitudes to the tension and atmosphere created by the director. It’s almost as if he’s giving his audience the time and space to think about and evaluate, exactly what they are seeing.

Split into 3 parts, which in turn are often punctuated by the large sections of black, the narrative, like the style, avoids the usual cinematic structure. Although you could argue that the film does have a beginning, middle and end, The Seventh Continent still manages to stray far from the theories of conventional narrative structure laid out by Tzvetan Todorov or Vladimir Propp.  There is no princess character to be saved and no hero to save her and by the conclusion there is certainly no reinstatement to the equilibrium.

As is often the case with the films of Haneke, it is hard for the audience of The Seventh Continent to have any connection to the characters of the film. On the one hand, I sure many of us will sympathize with a family struggling to come to terms with the monotony of everyday routine. Yet, they very rarely show any kind of emotion, be it anger or happiness (the only time I remember the parents smiling is after having sex) and for a family seemingly religious in their beliefs (something that is not wholly confirmed), they often come across as cold, soulless and without purpose.

Over 20 years old now, The Seventh Continent may look grainy and aged, but it still manages to feel fresh and inventive when watched today. It truly is a shining beacon of films that last the test of time and a reminder for us all, that watching the latest releases is not always the best route to take (something I often forget and often need reminding of). In fact, Haneke’s very first feature film could easily be the best I’ve seen all year.

If that extract doesn’t make you want to watch the film…..I don’t know what will.

3 Responses to The Seventh Continent