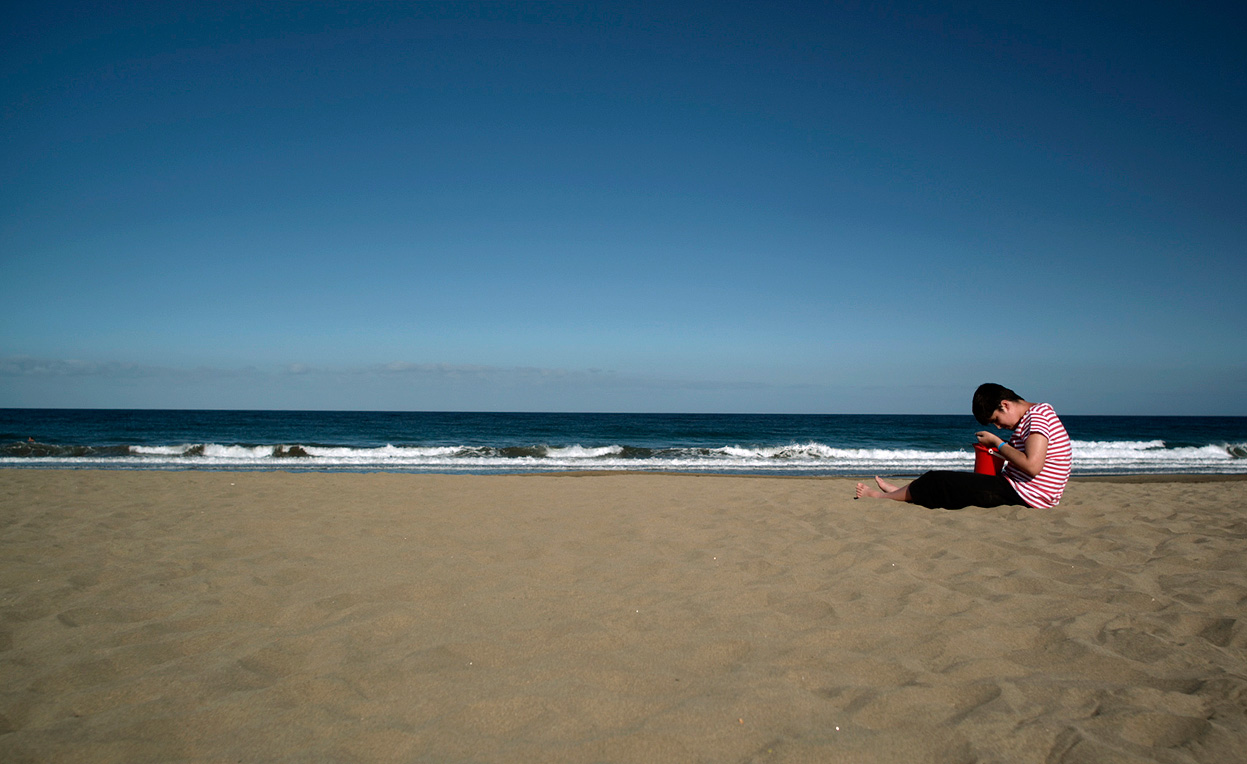 Maria lives with her mother May in the Canary Islands whilst her father Miguel lives 3000km away in Barcelona. We follow Miguel and Maria as they embark on a holiday they often take to Gran Caneria, only Maria is autistic so simple tasks sometimes take a little longer for the pair to complete. We focus on the relationship between the two and watch as Miguel communicates with Maria through the pictures he draws for her. As the film unfolds, we discover Maria’s infectious smile and she quickly becomes the film’s surprising and very delightful protagonist.

Director Félix Fernández de Castro was inspired by the comic Miguel Gallardo realised, also titled Maria and I, to take the leap in to making his first feature. Flickering in and out of animation and sharing some very intimate interviews from both May and Miguel, we learn about Maria and the difficulty she faces in everyday life. Maria and I is a remarkably honest film that you rarely come across today, so I jumped at the opportunity to speak to Félix about the production.

A single father and his 14 year-old autistic daughter go on a journey.

It was about capturing life as it is.