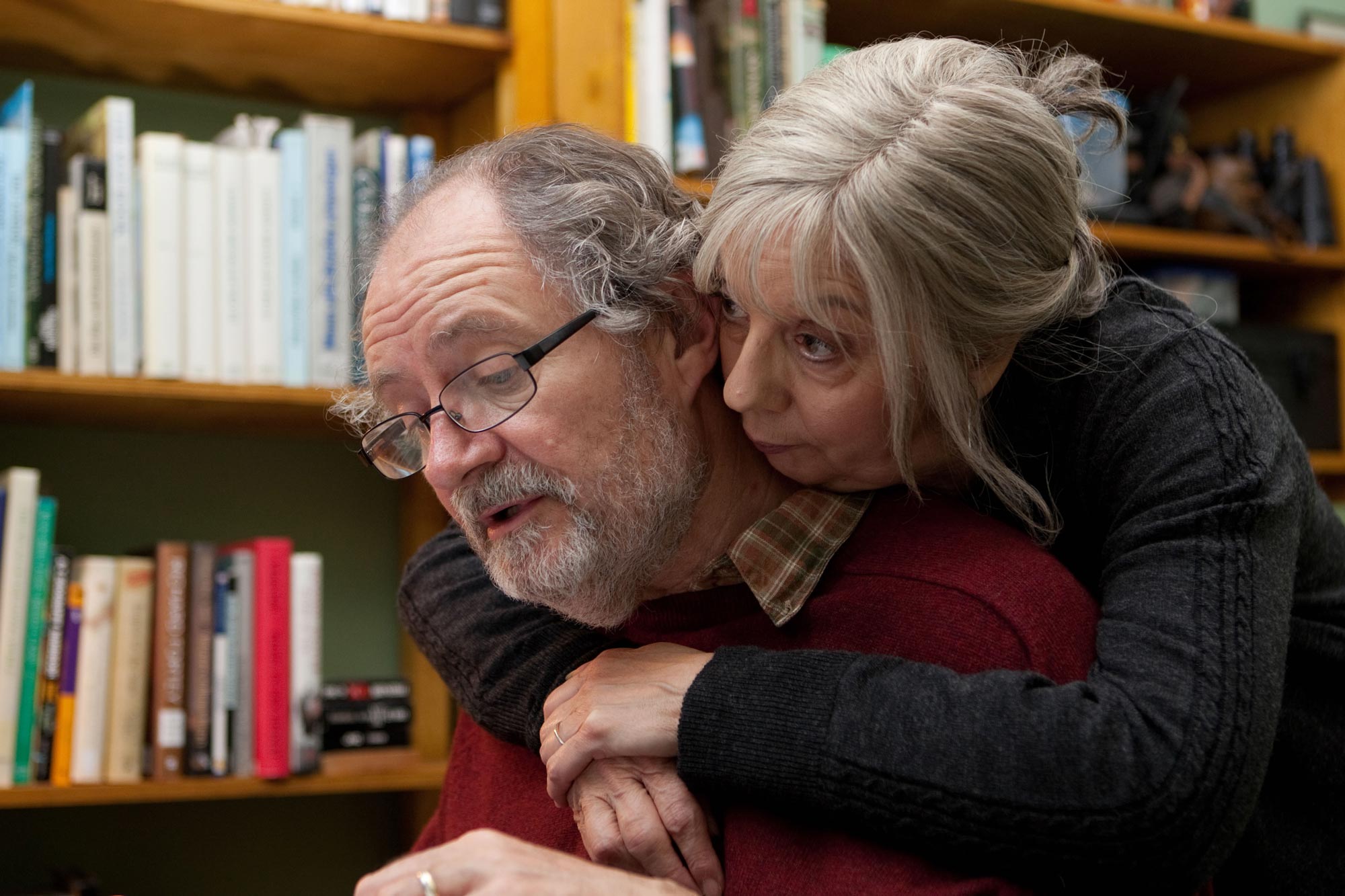 It was James Cameron who once stated, “Pick up a camera. Shoot something. No matter how small, no matter how cheesy, no matter whether your friends and your sister star in it. Put your name on it as director. Now you’re a director. Everything after that you’re just negotiating your budget and your fee”. If this is the case (and in some ways I think it is) and it’s this easy to become a director, what does it take to become a great director?

Cinephiles could argue all day about who are the genuine masters of cinema and names like Bergman, Fellini, Ford, Godard & Hitchcock will be regularly discussed and debated.  However, for all these directors, with the exception of Godard, their filmmaking days are over, as are their lives, so what about modern times? Do we have any current directors that could be considered ‘great’?

David Lynch is the master of the dark and the strange and now, 35 years since he released his twisted debut feature Eraserhead, he’s still creating innovative, challenging films. Martin Scorsese is the master of physical drama, producing grandiose, chest-beating films that scream to be watched (although, like many of those mentioned above, some would say Scorsese’s day has been and gone). Michael Haneke is the master of the thought provoking, making films he describes as “for adults” that “may not appeal to most of those who go to the cinema these days”. Lars Von Trier is the master of controversy, always out to shock and whether it’s scenes of genital mutilation or stories about the way he treats his actors, you can always count on him to create debate and cause uproar. However, as an English man, for me the one truly consistent modern day master of cinema has to be Mike Leigh, something that’s confirmed by his latest and possibly greatest film, Another Year. 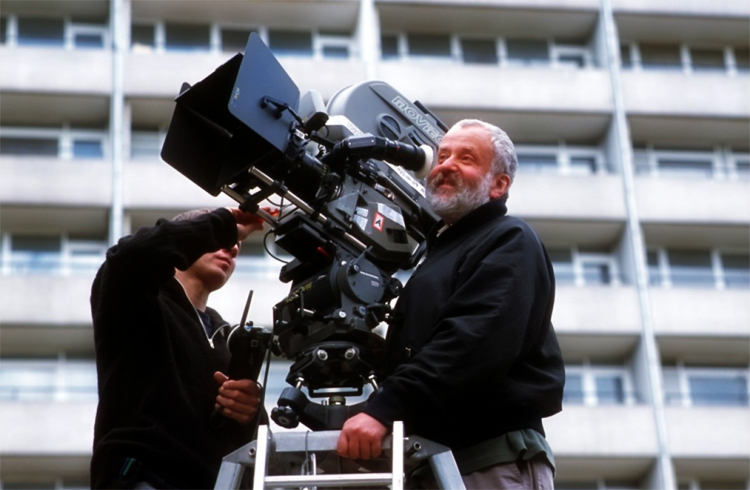 When you talk of great directors, you need an extensive body of work to look through and evaluate, and although you wouldn’t describe Leigh as prolific, he has been making films for almost 40 years. Starting with Bleak Moments in 1971, this British director may have only managed a feature every three years (not surprising when you realise how much research and development he puts into his stories and characters), but more importantly he has developed a style and voice, which is distinctly individual and recognisable. With Leigh’s films, you know that more often than not, you’ll be presented with a slice of British realism featuring some highly developed, three dimensional characters and some heart warming/breaking (delete as appropriate) moments. Yet his films always feel fresh, always feel current and never feel tired or outdated.

My relationship with the films of Mike Leigh started somewhat by accident, when as an inquisitive teen trawling through late night TV, I stumbled across Life is Sweet on Channel 4. At the time my love for cinema was in its infancy and I certainly hadn’t yet discovered a love for gritty British realism. To be completely honest, I probably wouldn’t have stopped on the channel for longer than 10 seconds, if I hadn’t been so instantly mesmerized by the sight of a young Jane Horrocks involved in chocolaty sex play with a young David Thewlis (still an image I struggle to get out of my head all these years later).  It was at that moment I realised I’d stumbled across something special and throughout the next 18 years, my love for Leigh’s creations grew and developed as I did. My next memorable experience with the director’s work came a few years later, when my passion and hunger for films had pushed me to seek out and explore different kinds of films. At the time, I was working my way through a plethora of hard hitting British films and the likes of Nil by Mouth, The War Zone, Scum, The Firm and Made in Britain had led me into watching my 2nd Mike Leigh film, Meantime. A bleak tale of working class 80s Britain, which not only introduced the world to Thatcher’s financially stricken country, but also introduced us to two of Britain’s finest actors in Tim Roth and Gary Oldman. Having decided to study media at University at the ripe old age of 21, my love for cinema was now rampant and even when hungover or sometimes unmotivated, I loved heading into the lecture hall to watch a film on the uni’s big screen. This is where I encountered my 3rd Mike Leigh film, with the dark and moody Naked being screened as part of our introduction to British Realism (although, really I think it was just being screened because our lecturer loved it!). And so began my relationship with Leigh’s films, with each time I encountered one of his movies, seemingly coinciding with an important chapter of my life.

Another Year centres around Gerri (Ruth Sheen) and Tom (Jim Broadbent), the embodiment of the perfect couple, full of hope and positivity, this husband and wife team appear to be living their life together in utter bliss. Their friends and family on the other hand, are pretty much the polar opposite, seemingly adopting a glass half empty approach to life. The film’s action largely takes place when the couple’s friends gravitate towards them, trying to share in their happiness and find a piece to steal for their own.

Leigh’s films connect so deeply and resolutely with their audience because they feel so real, the characters so believable and this has to be attributed to the development and research put in by the director and his casts. At times the action feels so realistic and three dimensional you occasionally have to shake yourself out of the trance of the film and remember that what you are watching is a piece of fiction. Often when one of the director’s films begins, you’re presented with characters that at first glance appear as one-dimensional and unbelievable (Timothy Spall’s Aubrey in Life is Sweet, Sally Hawkins’ Poppy in Happy-Go-Lucky and  Lesley Manville’s Mary in Another Year). However, as the films develop, Leigh like a master magician reveals another side to the coin and these seemingly disposable characters evolve into the crux of the film. Hearing the director and his cast talk about making Another Year after its premiere at this year’s London Film Festival (unfortunately I wasn’t there, but the film and following Q&A was screened in over 30 cinemas around the country), it’s not surprising it all feels so real and utterly engrossing. It’s like the director and cast have given birth to these on-screen personas. Ruth Sheen revealed that when developing her character she had to research and mature 20 years of Gerri’s back-story, before she could even begin working on building her life with Tom (in the film Tom and Gerri meet when they are 20). It’s not just the actors who seem to live and breathe the lives on show in Another Year though, with the director confessing the characters were “in his bloodstream”. It must have taken some effort from all involved to construct such a detailed and believable world, but it’s well worth the endeavour, as without it the film would appear tepid and flat and it would be hard for audiences to connect with.

With all the effort Leigh puts into weaving narratives, expanding storylines and ensuring characters are believable, it’s no wonder he’s not a director known for his style and visual flair. Yet, Another Year is a film with a distinct aesthetic style (well four in fact) and it’s apparent that a lot of thought and care has gone into the visuals of this piece of cinema. When describing the production process behind his films, Leigh explained that he would usually sit down with Dick Pope (his cinematographer) and various other members of the crew and explain the theme of his films (Happy-go-Lucky “colourful and explosive”, Naked “Moody and Dark”) and his team would go away and create tests to show the filmmaker so they could iron out the look of the film. With Another Year, Dick Pope went away and conducted four test shoots, Leigh liked them all so much, he decided to set the film in four seasons, each with their own look (each shot on a different stock). Although, the director did admit this was an idea he had been playing with before seeing Pope’s tests. Every detail of production is meticulously crafted, with Gary Yershon’s subtle score playing perfect accompaniment to the visuals and the film ending with a stunning piece of camerawork that almost choked me with its brilliance (the silence was so intense and so vital I didn’t dare cough and ruin it, even though I desperately needed to).

When the cast and director were individually quizzed on what they wanted their audience to take from the film, each came up with different opinions, ranging from “proof that happy couples do exist” and “approach life positively“. However, for me it was Leigh who had the most pertinent view, explaining that he just wanted the audience to “take something personal from the film” and “connect with it” and this couldn’t have been more true for me. Having attended a wake similar to the one in the film, been to the crematorium used as a location and even recognized aspects of myself, my partner, my family and friends in the characters on show, Another Year was all too relevant and poignant for me. Leigh’s films are often touching and often moving and if that’s the aim of the director then in my eyes he could happily stop making films now, as I don’t think you’ll find a more warming, emotionally charged film than Another Year.