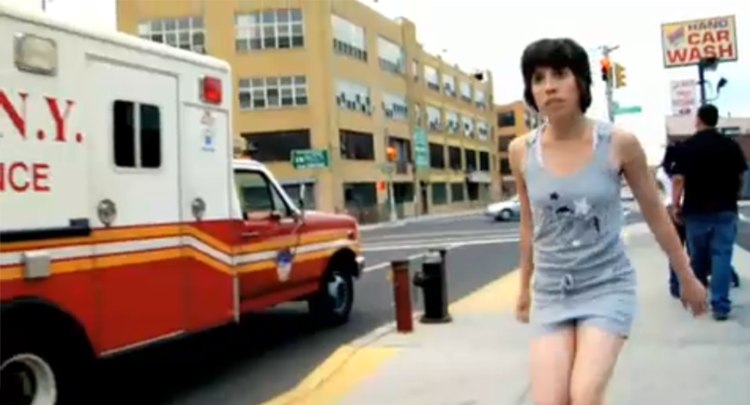 I’m often drawn in by things occurring in locations where they seem out of place, particularly people dancing. That’s (one of the reasons at least) why I’m a big Hal Hartley fan; regardless of where he is you just never know when Martin Donovan’s gonna bust out some moves.

Backwards dancing is even more fun to watch. Despite knowing exactly how the relatively simple trick’s pulled off, there’s still something fascinating about watching people move in an almost, but not quite, normal way whilst the world streams backwards around them.

This is a montage from some of the shots that came out of a test shoot Susan wanted to do. We used the HVX-200 and filmed in bushwick on Puertorican day.

Spike Jones (sic) and many others have used this effect. Essentially you have people walk backwards and then you play the footage back in reverse. They then seem to be walking forwards (sort of) and all of the world around them is going backwards.

As Arin name checked him I’ve got to include Spike Jonze’s classic Pharcyde promo Drop: