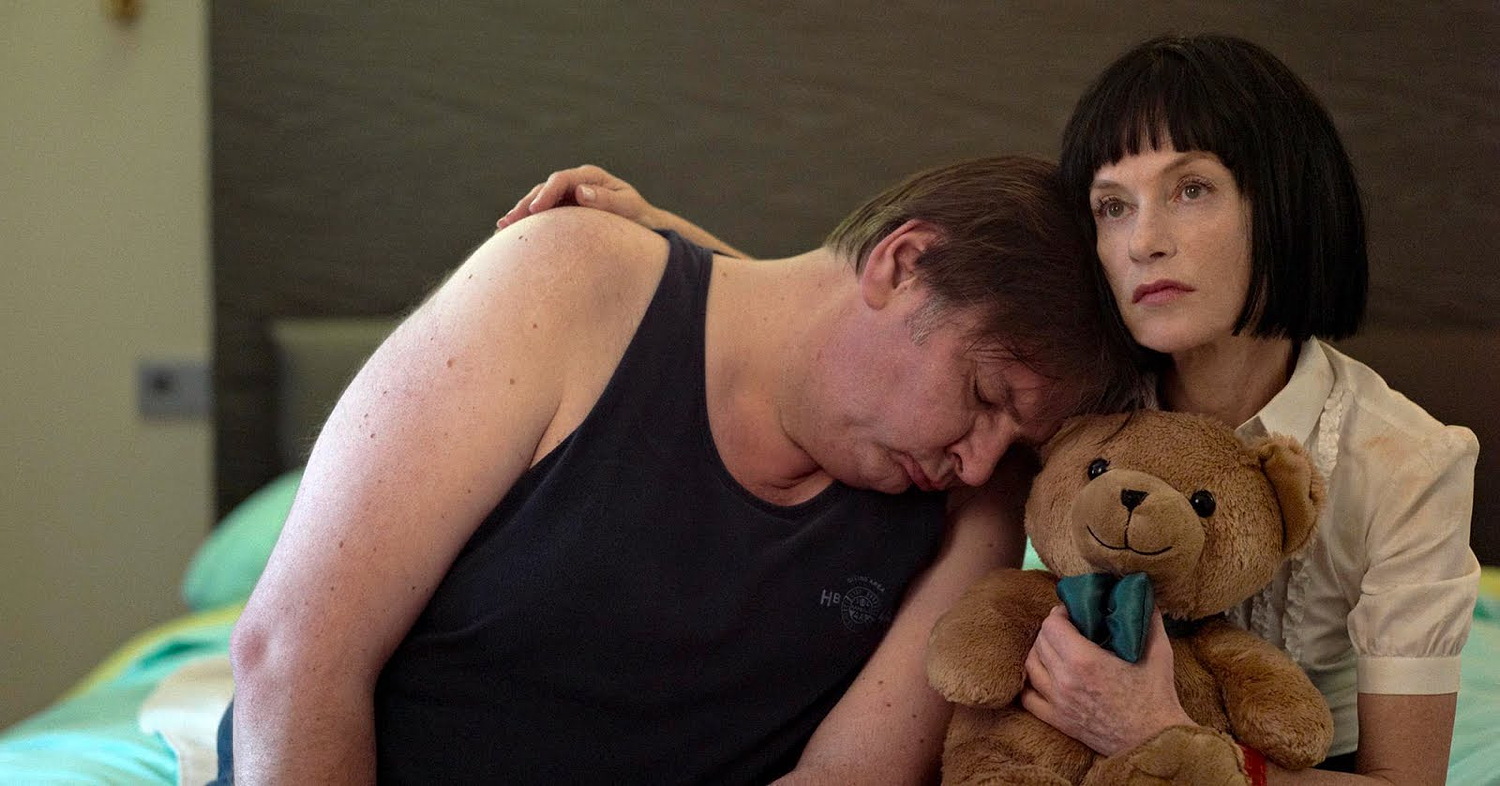 Alice (Isabelle Huppert) is a luxury prostitute in her fortys, our main protagonist throughout the film, she’s intelligent, strong and getting fed up with her job. Xavier (Bouli Lanners) is in a similar situation; middle aged, intelligent and fed up of his job as an analyst. We meet the two as they enter their own personal crisis. Alice is attacked by a client during a session and realises at this point the danger involved in her job, something she’d always put to the back of her mind. Xavier has just split from his wife and leaves home which brings him to the hotel where Alice works and eventually leads to their first meeting. The usually well-guarded pair end up revealing a lot more of themselves to each other then they had ever intended.

In Special Treatment director and writer Jeanne Labrune plays with the audience’s ideologies by drawing out the similarities of these two disparate professions. It is a film with a nod towards today’s money obsessed society yet filled with moments of comedy and inevitably, sadness. I spoke to Jeanne at the last of the filmmakers’ teas at this years London Film Festival.

A disaffected call girl named Alice and her psychiatrist Xavier lead similar lives. They both have clients, charge for sessions, and take on roles that serve the needs, psychological or otherwise, of those they serve.

There’s something very beautiful in cinema that with very few words, even just one word, one can invent a whole world.