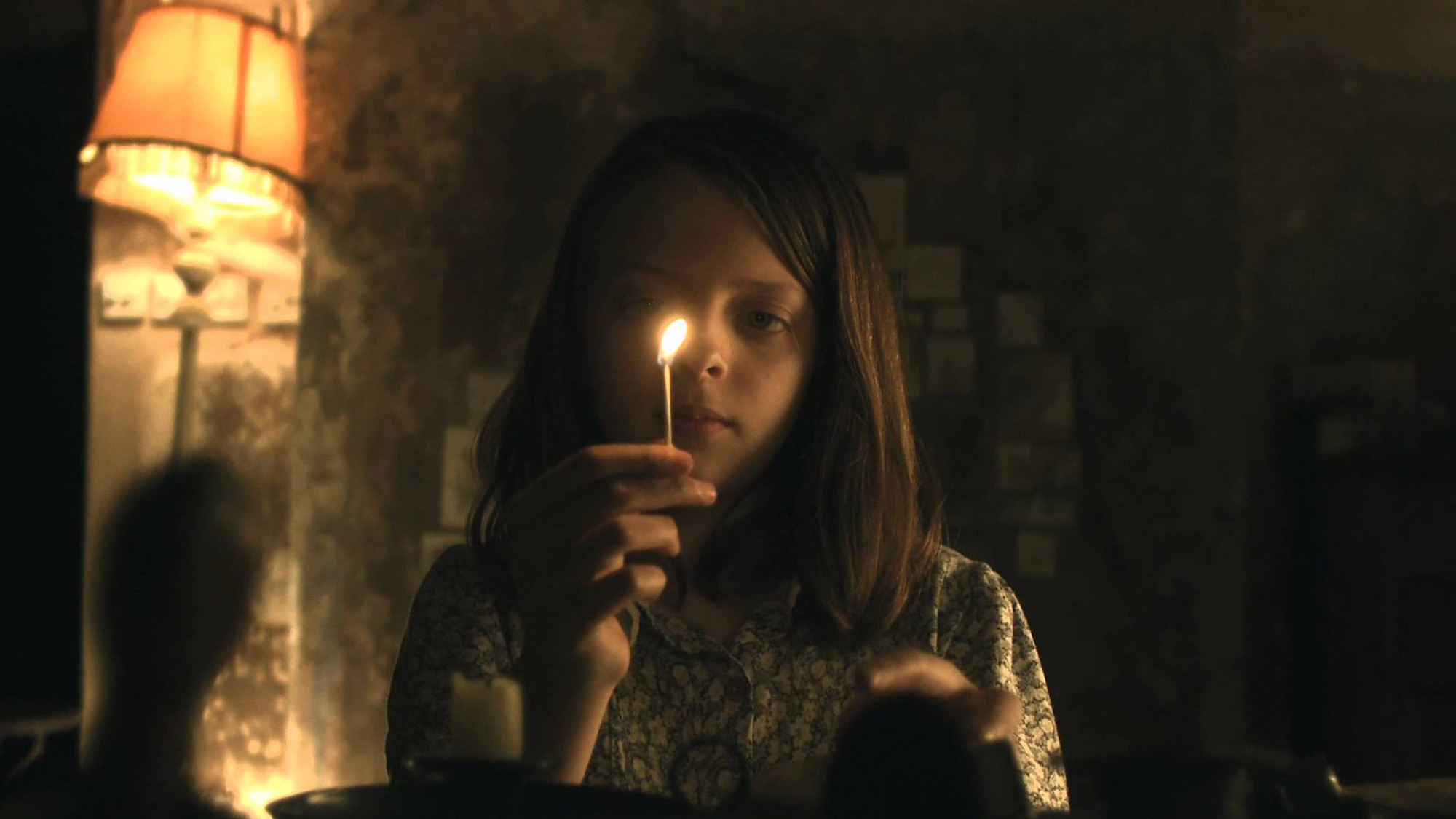 The directing category brought along two films right up my street- beautifully shot and composed, yet sinister and dark. Beautiful Enough is a haunting but gorgeously shot film. A dark look at our cultural obsession with beauty, a young girl becomes fixated with images of women from magazines. When her parents go to bed, she sets work underway on her own secret project in the hope of manipulating her face.

Young actor Miffy Englefield plays the film’s protagonist with comfortable ease. Claire Oakley taking on writing, producing and directing roles, does a beautiful job of bringing her script to life. She’s worked as an assistant director on some reasonably large budget films including Boy A and Is Anybody There?, however this is her first short. Shot in minimal light by BAFTA winning cinematographer Rob Hardy (he’s also responsible for shooting both of the previously mentioned features), Beautiful Enough is one of my favourite films of the festival.

Marigolds, is the debut short from another writer, producer, director Stephanie Zari. Susannah is a typical housewife living a dusty life with her husband in the suburbs. Her marriage isn’t what it used to be and it becomes apparent it’s her unhealthy obsession with her son that is pushing her husband away. With an unexpected visit from her son, Susannah prepares herself and the house like she hasn’t done for months. She struggles to come to terms with Piers’ new relationship and tries her best to be as hostile to his new girlfriend as possible. It isn’t until they leave the following morning that we realise just how unhealthy her obsession is after all.

Fifteen minutes is a challenging length for a first time writer/director, however the film doesn’t drag at all. It has a great pace to it, feeling unforced and patient with its action. Stephanie was Born in California but has spent her life living between Canada and the UK. She’s worked in the industry for fifteen years, originally as an actor before writing and then eventually directing Marigolds this year. Already in production on her second short Hello George, Marigolds is now touring the festival circuit and Stephanie’s in the process of writing her first feature.