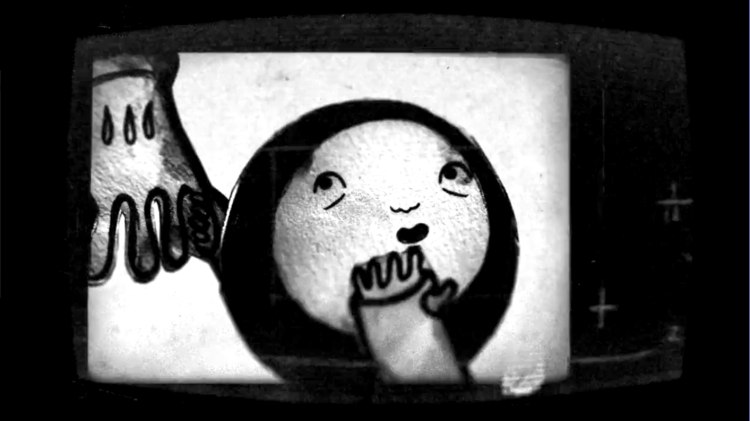 Stephen Irwin is an animator who doesn’t just push his storytelling to the extremes but also the form of animation itself beyond the constrains of the frame. From the miniature residents of Clusterville in Dialog to the flipbook panels of the unfortunate Black Dog’s Progress, Irwin’s black & white sketchy style is constantly evolving and mutating, forcing you to reconsider the set ideas of film construction. His latest short Horse Glue does so by melding two stories together in space and time to create a third piece.

When two films, Horse and Glue, unfold together within the same space, their narratives become intertwined.