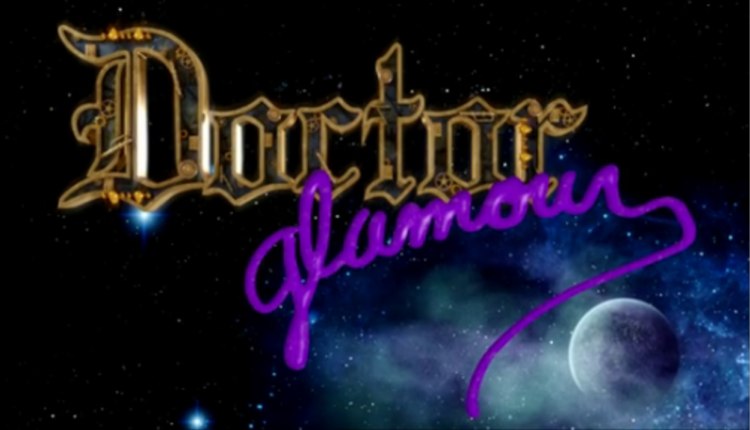 If you loved the hyper-drug madness of Neo-Mega-Ultra Tokyo’s premiere narcotics pusher, Frank DanCoolo: Paranormal Drug Dealer you’ll probably be wondering what on earth Andrew W Jones would follow up with? The answer of course is a genre-smashing, reality-bending, musical in the form of Doctor Glamour:

Peerless science student Walter Gilman meets his match in Eve Walpurgis and promptly falls in love. But when Eve is taken by an extra-dimensional terror, Walter is forced to summon a demon of his own: the anachronistic DOCTOR GLAMOUR! Together they embark on a rock-and-roll journey through the realm of dreams, filled with action, adventure and some unexpected romance!

Andrew and his team have been hard at work on Doctor Glamour (seven months of visual effects tests, re-writes and production design), but need a little Kickstarter help to complete the shoot. If you’re already a fan of Frank DanCoolo you’ll know that Andrew is more than capable of creating the genre busting, visual onslaught of pure entertainment that Doctor Glamour promises to be. And if you want a sneak peak at what Andrew has in store, you can take a look at the interactive script (complete with finished VFX shots and the final versions of the songs) and follow the film’s progress over at the production blog.

I’m also pretty confident Andrew will pay DN another visit to talk us through the creation of Doctor Glamour so frankly it’s in all our interests for you to jump over and support the Kickstarter project.