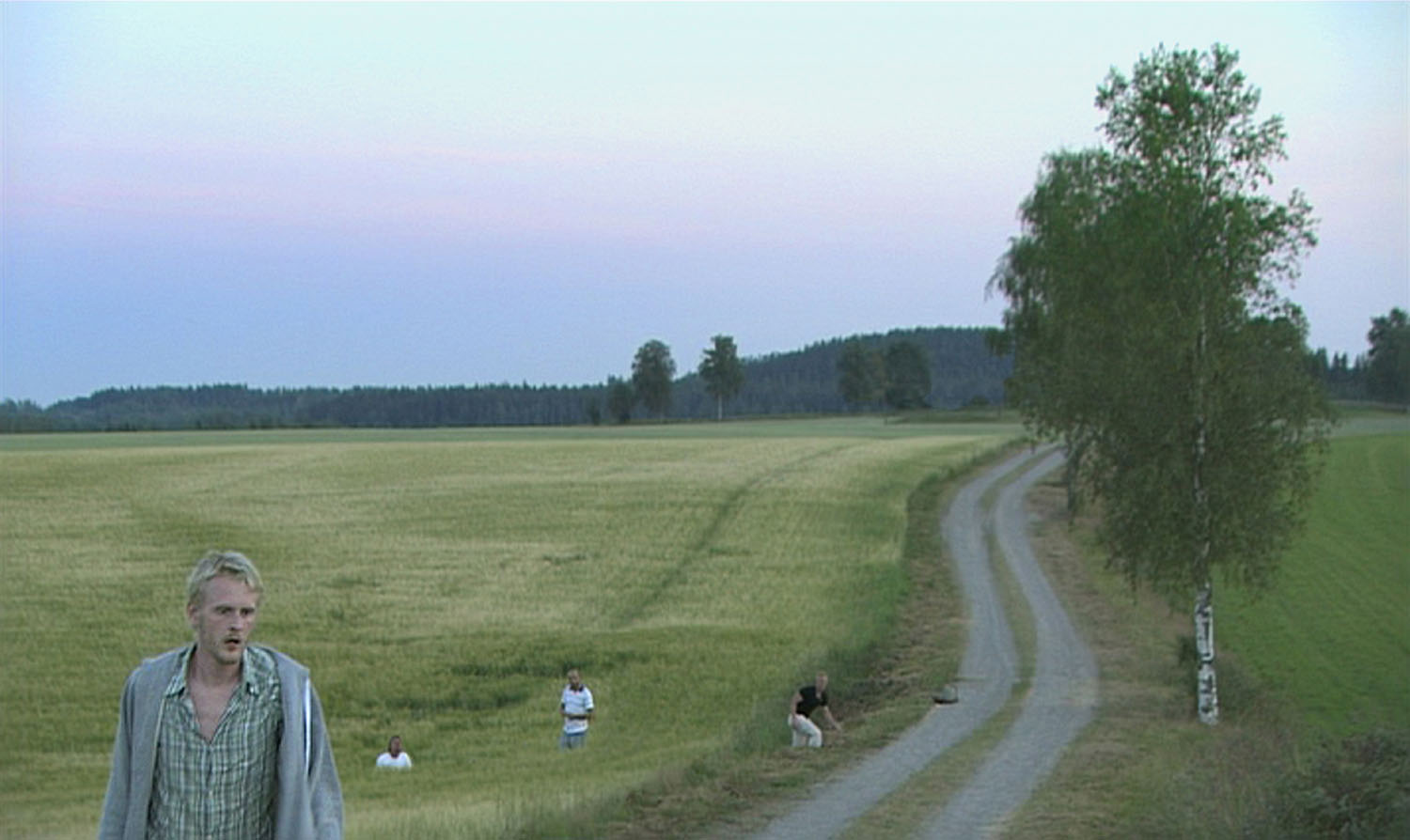 A man injured at his own party prefers to soldier on through the festivities rather than ruin the night for everyone else; a group of teenage girls pout, preen and flirt, pushing one another further in social and sexual games; a schoolteacher carries out a psychological experiment on her class to illustrate the power of peer pressure; and, at a drunken reunion a young man exploits his mates’ willingness to go with the flow to take advantage of another friend.

With a focus on various situations in which group will overrides the individual, Involuntary is the second dramatic feature to come from Swedish filmmaker Ruben Östlund. Unlike the work of directors such as Alejandro González Iñárritu, Östlund isn’t interested in how the characters from these various scenarios intersect with one another to form a coherent whole, rather their unifier is the fact that despite age, gender, stature or situation they all succumb to the will of the group, proving our status as ‘herd animals’.

Involuntary can be seen as a companion piece to Östlund’s first dramatic feature The Guitar Mongoloid (included here as a DVD extra), in which the featured characters existed outside of the concerns of social conformity and therefore as outcasts. Here group expectations hold full sway with often negative consequences. That isn’t to say that no one attempts to rock the boat, but as they find to their cost, the solution isn’t as straight forward as simply standing up for what you believe is right.

As a filmmaker Östlund isn’t solely concerned with exploring ideas through story, he also has his sights set on the cinematic form too. Despite the tendency of filmmakers to hark back to the glory years of 60s cinema and the French New Wave as filmmaking’s pinnacle, Östlund believes that now is the most exciting point in cinema history. Yes, there’s the democratisation of the tools of production (and distribution) through the digital revolution, but this shouldn’t simply been seen as a way to repeat what has gone before for cheaper. As demonstrated in his short ‘trial’ works such as Incident by a Bank, digital provides an opportunity to tell stories in a new way divorced from legacy conventions.

When Involuntary opens with its minute long shot of feet and legs answering the door to arriving guests, we expect the camera to tilt up to the faces of our characters. It doesn’t. instead it remains static, capturing the welcoming handshakes and hugs but not shifting its position, yet at the same time not robbing us of any understanding of the scene. When we do get a shift in perspective on the scene, it’s peering through the doorway of the room where all the getting to know conversations are taking place, again not the ideal spot if we had to pick these people out of a line up but sufficient enough for us to grasp the ins and outs of the conversation.

This ‘active audience’ static camera framing continues throughout Involuntary’s 98 minutes. In fact the one pan I thought was present turned out instead to be effect of a bendy tram on a curved track. Östlund turns us into eavesdropping observer; we want to listen in to see how these individual vs group dramas will play out but we don’t want to become embroiled in them ourselves, so we sit off to the side or at a distance, perhaps not in the ideal position but in a place that allows us to remain the unobtrusive observer.

Along with a trailer for Involuntary andThe Guitar Mongoloid feature, the DVD also includes the short Autobiographical Scene Number 6882. Shot prior to The Guitar Mongoloid’s Swedish release, it was originally conceived as part of the larger Involuntary feature, before its success on the festival circuit convince Östlund to leave it as a stand alone piece. The Involuntary DVD not only presents one of the most interesting films I’ve seen in recent years, but is a perfect introduction to the work of a director who will no doubt become an increasingly important force in the future of an alternate, thinking cinema.

Listen to our Involuntary interview with Ruben Östlund.