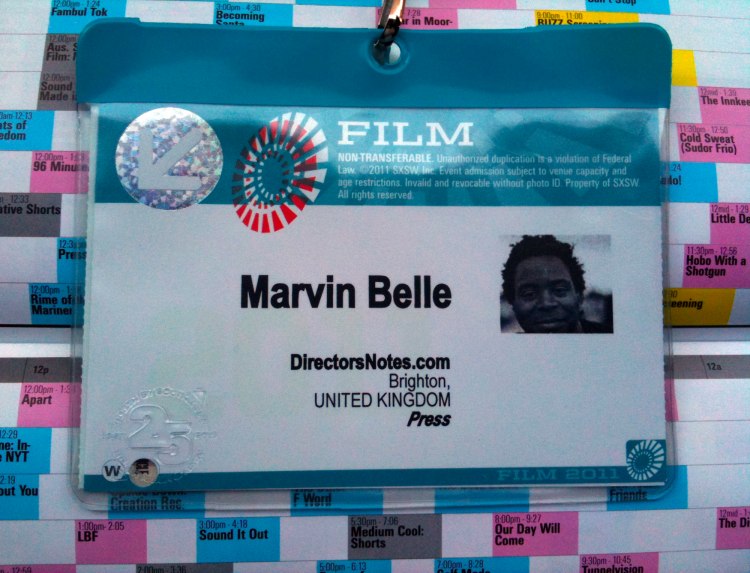 A year ago, pretty much to the day, I hit the streets of Austin, Texas determined to find my way at SXSW for the very first time. It’s fair to say I was a little unprepared for the queues (missed far too many good films), the accommodation (a hotel 7 miles out isn’t ‘walking distance’) and even the food (breakfast taco what?). Well now I’m back, definitely older but hopefully a little wiser too.

Despite many of the films being unknown quantities (there are 60 world premieres this time round), certain titles jump out at you because of their directors – Source Code, 13 Assassins, Our Day Will Come, their concepts – Attack The Block, Charlie Casanova, Being Elmo or simply because I’m confused as to why they’re here at all – yes I’m talking about [insert you own pun] The Beaver. As excited as I am about some of the titles caught up in the SXSW zeitgeist, it’s the fact that this year’s festival almost feels like a DN graduation, with directors we’ve watched through the years making a contribution to the programme:

Tim Plester – who brought truth to subtitles in English Language (With English Subtitles) – making a documentary feature debut (alongside co-director Rob Curry) with Way of the Morris;

Local filmmaker (well, local to me anyway) Ben Wheatley – the man who renewed my faith in the ‘British gangster film’ genre with Down Terrace – taking on the unhinged contract killer in Kill List;

And the director who’s making all of us here at DN burst with pride, is our very own Jeanie Finlay. I’ve already had a sneak peak at her feature doc Sound it Out which you’ll already know is the successful child of crowd funding. Sound it Out is a portrait of the very last surviving vinyl record shop in Teesside, North East England, and (all bias aside), an excellent, heartfelt look at those special places where we fall in love with music.

Things are gonna get pretty hectic here in Austin and as I’ve decided sleep is something I only do in the UK, I should be able to take you through much of the madness. Watch this space…