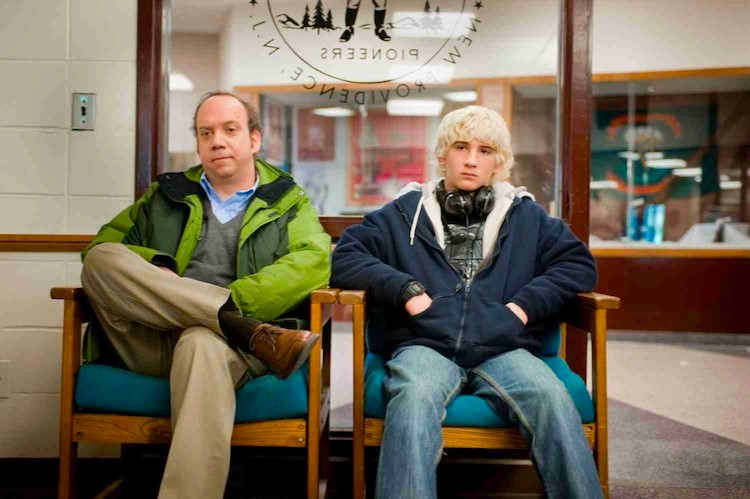 Win Win isn’t a bad way of describing director Tom McCarthy’s career behind the camera to date, although Win Nominate might be slightly more awards-accurate. His superb debut The Station Agent (2003) won the BAFTA for Best Screenplay and pretty much cleaned up at Sundance (winning the Audience Award, Waldo Salt Screenwriting Award and a Special Jury Prize for actress Patricia Clarkson), just missing out on the Grand Jury Prize – in a neat twist of casting karma – thanks to Paul Giamatti in all his American Splendor. Oscar-nominated The Visitor followed in 2007 – a more serious, subdued affair that diluted the funny and tender trademarks of McCarthy’s debut with something more important to say, primarily about the state of immigration in the US.

Another four years later – clearly just the right amount of time to allow for a new film alongside an ever-hectic acting schedule, in a career that casually stretches from sublimity (The Wire, Michael Clayton) to silliness (Little Fockers) – and McCarthy’s third feature marks a distinct retreat towards the exuberance and eccentricity of The Station Agent without ever losing sight of the wider world and the territory that mature adults are inevitably forced to occupy. In fact Win Win – about a struggling lawyer and volunteer wrestling coach caught in the crosshairs of his own deviation from the law (moral and legal) – sits dead centre in an oeuvre flanked by the extremities of McCarthy’s earlier efforts, suggesting a gradual thematic and stylistic hone that’s sharpening each film into an ever more precise, perfect and personal expression. 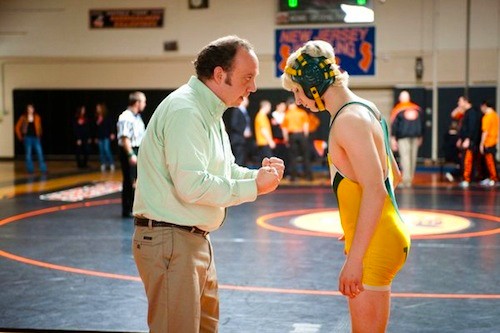 Unfortunately there are still a few imprecisions, imperfections and blunt edges to be found here. Bobby Cannavale – undeniably the jewel in The Station Agent’s crown – returns and provides much of the film’s comic relief as an overenthusiastic man-child desperate to distract himself from the misery of his mid-life marriage crisis. Paul Giamatti (as ever) doesn’t disappoint, and newcomer Alex Shaffer couldn’t be more disaffected, nor more ‘method’ (as a high school wrestler he won the New Jersey State Championship in 2010), if he tried. But the script hinges, particularly in its early stages, on a few too many convenient coincidences and that tinge of unbelievability infects the film, however subtly, throughout. It certainly contributes to a sense of disconnection the film has with its audience, almost as if it’s a teenager itself – forced to appear before, and reluctantly communicate with, the audience as parent or teacher. This may have been McCarthy’s intention, and if so he’s undoubtedly succeeded, but the spoils of such a stylistic victory are enjoyed by the filmmaker more than the audience itself. After all, a sense of alienation – if achieved – will only seek to alienate.

That said, Win Win is undeniably enjoyable, its performances and sharp script triumphing in the end. It’s unlikely to enjoy the awards affluence of its predecessors – it left Sundance in January empty-handed, for example – but it’s a solid film that serves more as stepping stone to McCarthy’s next, and the one after that (four more years, four more years!). As he sharpens his technique, those films will inevitably be ones to watch, and the titular Win Win of his third may just turn out to be prophetic of how the next few may fare.