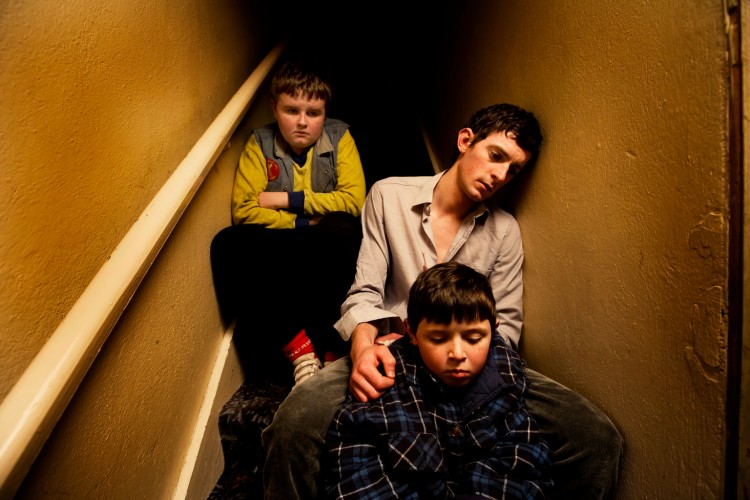 Perhaps if Paul Fraser – writing partner of choice as far as Shane Meadows is concerned, having helped pen Dead Man’s Shoes, A Room for Romeo Brass and all of Somers Town (to name but a few) – had played to his obvious strengths as well as his loftier career ambitions, his directorial debut may have been one of those rare British standout successes. Instead, it’s a very nicely shot film that contains several decent performances and some beautiful visual flourishes (“Noel is a tit” in sparkler writing a particular highlight, despite its music-video-wannabe pretensions) that wobbles throughout on the shaky foundations of William Collins’ story and script.

Believability is the big fat thorn in the writing’s side here, plaguing it from the get-go with a crude sketch of a stereotypical dying dad that paves the way for a pointlessly stolen watch, the random (and unlikely) act of bullying that breaks its Casio face, and the road trip of three brothers required to replace it. Even if you skirt over the fact that the watch in question could be bought for about €10 in any branch of Argos, and that the road trip – suitably littered with enough quirk (beached whale, anyone?) and jeopardy to fill 88 minutes – feels long enough to traverse the United States of America (never mind Ireland), you’re still left with a caricatured version of brotherhood that leans awkwardly on a plot not borne of the characters who are forced to fight their way through it. Indeed, some of the film’s more random twists and turns – a country road paedophile, an all-girl hockey team poetry reading – rely on escaping the main character, aforementioned tit Noel, and the cinematic spine of his plight for controversy, comic relief or whatever else might spice up the script in its final furlongs. 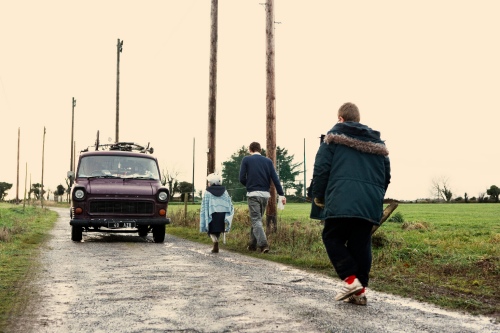 In a bid to somehow make up for this lack of believability, Fraser insists on hammering home the story using other techniques – a guitar-twangy soundtrack by Snow Patrol’s Gary Lightbody, an overly-directed emphasis on the watch as time/life motif, an opening explanatory voiceover, and a pair of home movie montage bookends to deliver family backstory – that only serve as unsubtle crutches attempting to aid the broken bones of the script itself.

It’s a real shame, because it’s clear that Fraser can direct, and without having to plug the holes made by a less-than-ideal screenplay he could go beyond solid shots and performances to potentially dizzier heights. Perhaps with his next project he should abandon any obsession with running out of time, put his Casio watch to one side and find the hours to write the script he intends to direct. If he does we may just have a rare British standout success, and possibly the next Shane Meadows, on our hands.