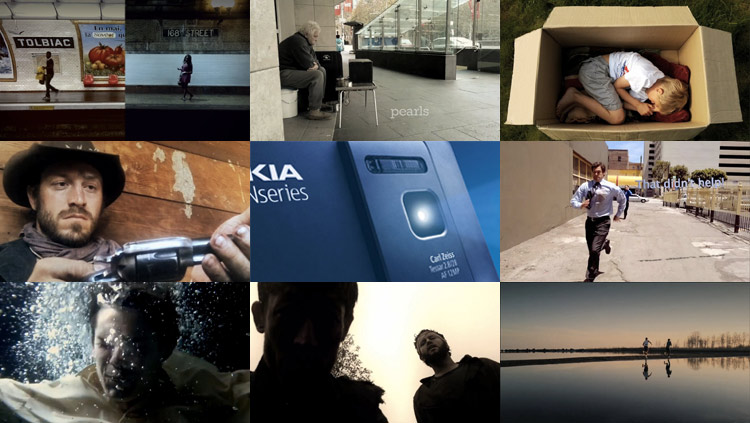 Back in March Nokia continued their support of the short film format through the use of mobile phone cameras, with the launch of the Nokia Shorts competition. Filmmakers around the globe were challenged to create a two minute video pitching the short they’d create with a $5,000 bursary and a Nokia N8 phone. Over 600 filmmakers stepped up to the challenge, but only the eight pitches below [edit: 7 now as the Homecoming pitch is no longer available] were chosen to take their ideas through to completion and duke it out for a final $10,000 grand prize to fund the ultimate winner’s next film.

As part of The Nokia Shorts Weekender, a three day event run in conjunction with the Edinburgh International Film Festival last weekend, the eight completed mobile movies had their world premiere on the big screen with JW Griffiths’ innovative Splitscreen: A Love Story crowned the winner.

DN was lucky enough to be invited up to Edinburgh for the Nokia Shorts premiere and grabbed some interview time with; Jason Van Genderen (Pearls), Ryan Maples (Thunk in Public), Temujin Doran (The Adventures of a Cardboard Box), Josh Brooks (The Rider), Aurora Fearnley (Daniel) and JW Griffiths (Splitscreen: A Love Story) who were all present to represent their films.

And my personal favourite, Temujin Doran’s The Adventures of a Cardboard Box: