7 Tips For Getting a Great Score for Your Film 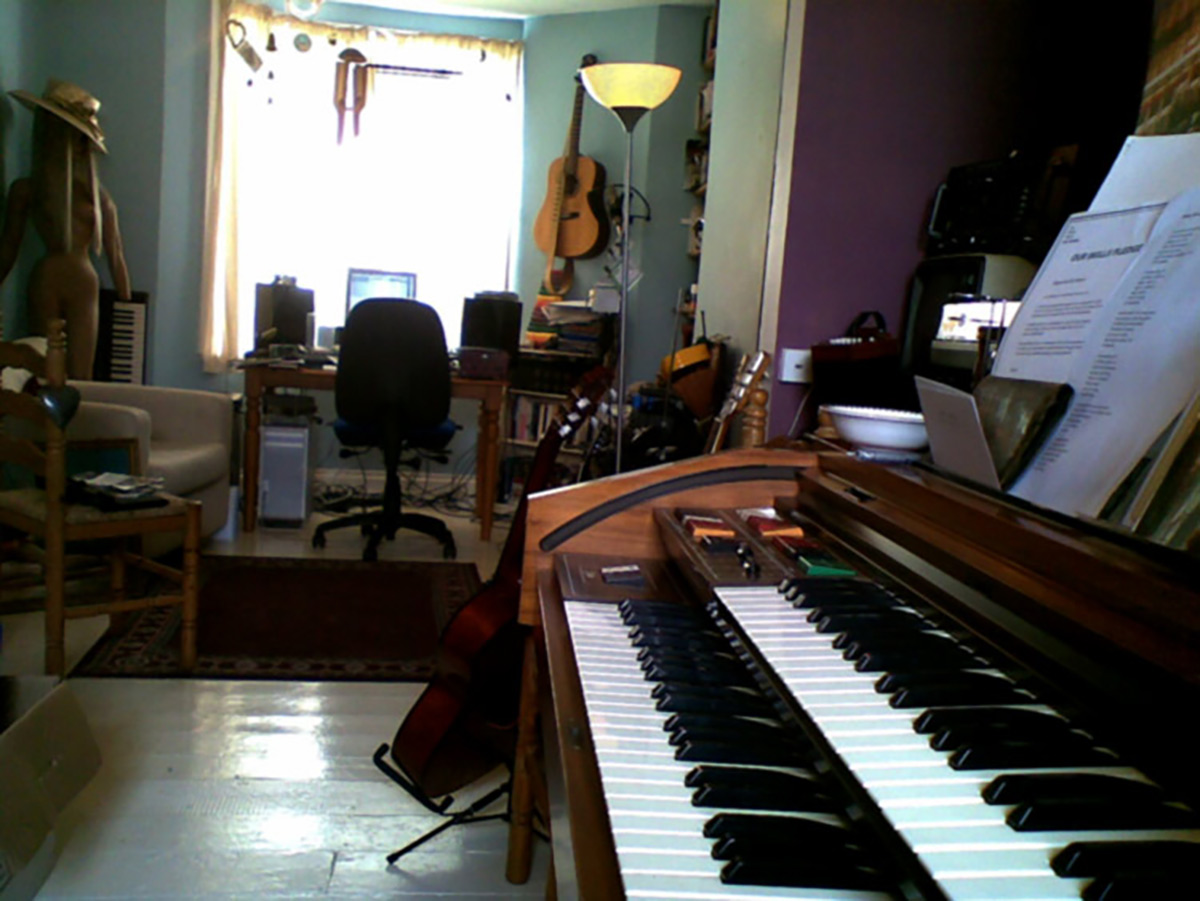 This is a guest post from film and television composer Tris Taylor.

If you’re thinking about getting an original score for your film, at some point you’ll want to start working with a composer. You might be pretty comfortable talking music, you might not. DO NOT PANIC. You directed your cast and crew, right? Whatever you did to get them to perform in the way you wanted – that’ll work with any decent composer.

Here are a few things to bear in mind when you begin to look at your film’s music.

1. Find a Composer You Trust

I was going to write: “the number one important thing to give a composer is confidence.” But actually, it’s not. I say this because there are many composition projects on which I have experienced moments of blind terror and zero confidence, when everything sounds awful. These moments normally come just before I start producing good stuff.

So instead of confidence, give your composer your trust that they will deliver a great score. Meet the people or person that you decide to work with (ideally, sit down with a few composers). If it’s you and me, I like to sit with a director and talk until we connect. I like to feel confident that I understand your vision for the film (if I don’t feel confident, I know from experience that my first compositions are likely to miss the mark).

Am I asking you intelligent questions that make you feel like I’m getting to grips with your film’s narrative and how to support the story? If not, keep talking. If I’m still not asking them after 90 minutes of talking, try the next composer on your list. By the way, don’t worry too much about a composer’s style. Good film composers are super-adaptable. Danny Elfman’s famous for Edward Scissorhands but he also did Mission: Impossible; Rachel Portman’s The Manchurian Candidate is totally different to her Chocolat.

2. Brief Them in as Much Detail as Possible About What You Want the Music to do

At its best, a musical score amplifies and deepens what’s on screen, in service to the director’s vision. It allows the audience to laugh and cry in the right places, tells them when to worry about characters and when to feel secure. It can bring clarity to any on-screen moments we might be uncertain how to interpret. A great score gives us permission to feel involved; guides us into, through and out of the visuals. The more you know about what you’d like the music to do in your film, the more you’ll be able to communicate that to us, and to judge whether we’re achieving it.

Be as specific as you like about minutiae – in our experience, more information is better than less. Don’t worry about talking in musical terms – use your normal ways of expression. “I want it to sound like the sky is bleeding because she has lost him to gambling” is just as useful as “I thought perhaps an andante waltz with the flute playing the part of Bob”. Be honest and voluble and get everything out there if that’s you; play temp tracks, don’t play temp tracks, whatever. “I want it to sound green and have a hoover in there, otherwise it’s up to you” doesn’t give us much to go on, mind, but perhaps you are a taciturn sort and that’s that.

Yair Oppenheim’s The Functions of Film Music article might help you think about what to include in your brief.

3. Understand a Bit About the Process Your Composer Will Need to go Through

Give your composer a brief, idea, script or cut, and from that point on her brain will be working on the creative. If you understand the stages of work she’s executing, you can probably really help her to make some great music. If she’s anything like us (I work with Alexandra Benedict – we’re a composing partnership), she’ll be answering questions in this order: 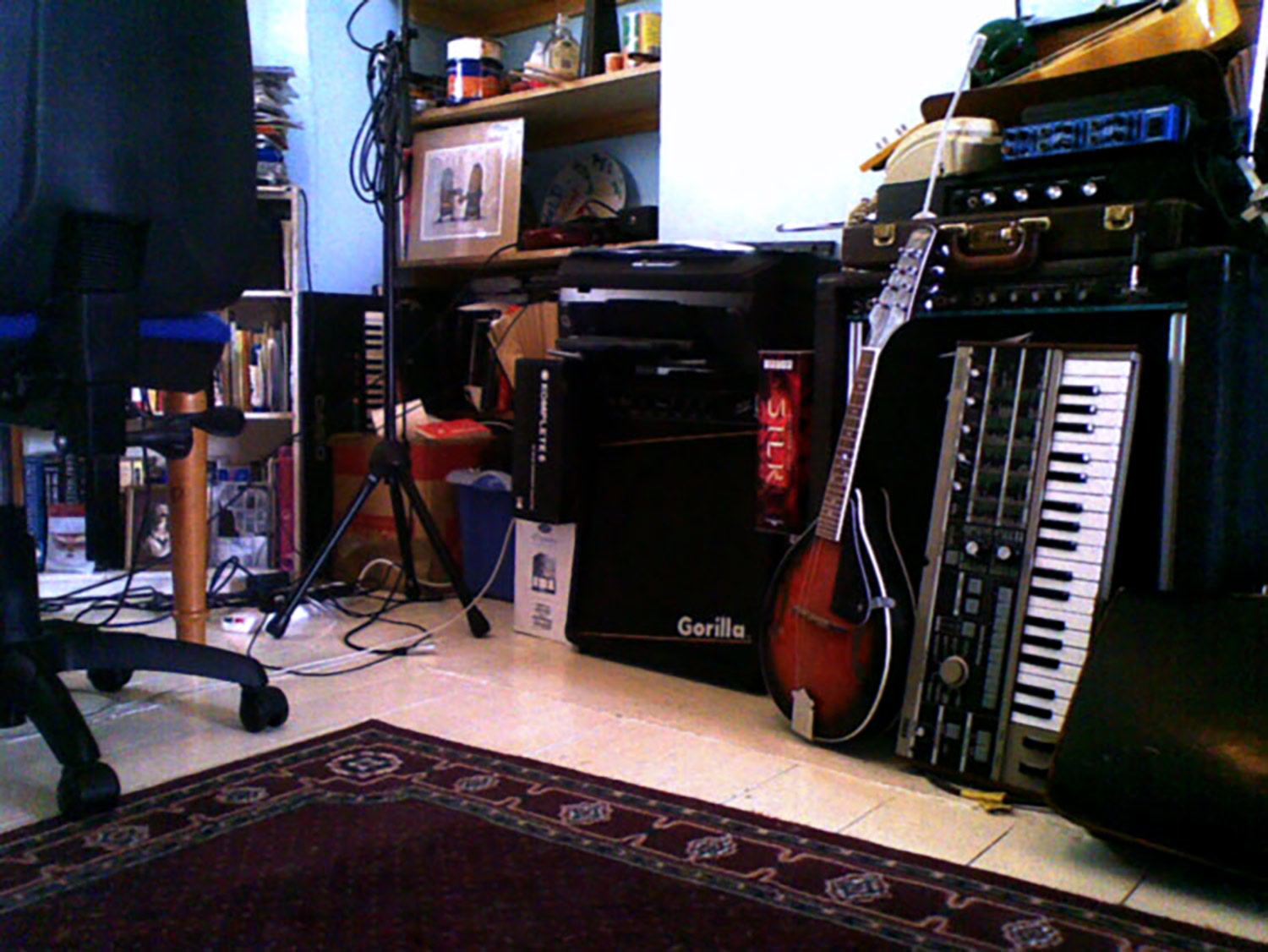 a) What Sounds are Right for This Film?
Your film’s unique, right? So, she’ll want to assemble a unique and appropriate blend of sounds to play your score. Sometimes this will include special adaptations to instruments, like playing an organ through an effects pedal, or using samplers or synths to create new sounds where she can’t find exactly what’s needed.

When she’s got the right instruments and sounds together, that’s her ‘sonic palette.’ (By the way, she won’t want to tread on your sound designer’s toes. When I say ‘sounds’ here, I’m talking wholly in the context of the musical score.) Some examples of sonic palettes from our experience:

b) How do the Characters Sound?
This is going to sound highfalutin – sorry about that – but here she’ll be looking to express the truth of each main character, by i) composing a signature phrase or melody; ii) playing it on an instrument that’s right for them.

c) How Does Each Scene Sound?
This is the grunt work of composition. She’ll mock up each cue that’s required, most often to a Quicktime of the final cut; sometimes to script or rough cut or (if she’s on board really early) to ideas. What’s a mockup? A mockup has no session players on it – it’s a demo good enough to show you the idea of a piece of music.

A film composer with a reasonable studio should be able to produce mockups that sound pretty cool. Often mockups are actually good enough to be used on the film, especially when the budget is tight. Here are some screen mixes that are mockups with no live players at all:

Here are some where the mockups have been augmented with one or several live parts: 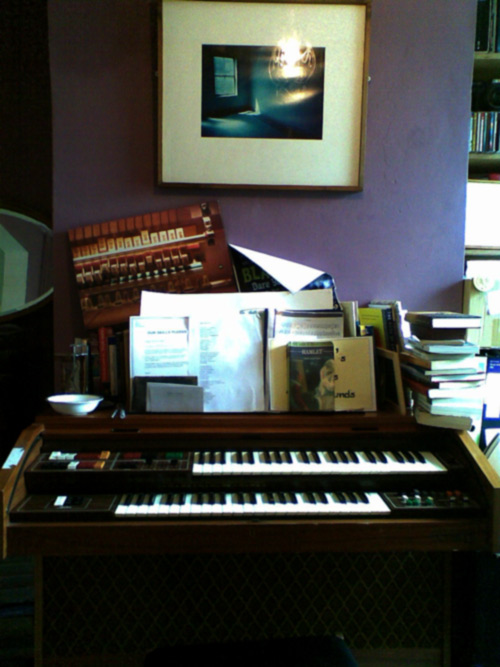 =====
A Word About Time
How fast will she be able to create music? Probably around 90 seconds per day (we got that figure from a Danny Elfman interview).

People will work quicker and slower – Murray Gold scores a 45-minute episode of Doctor Who in a ridiculously short time, sometimes a week. It also depends on the complexity of the palette. On the one hand we’ve been known to take two weeks to score a 60-second commercial, and on the other we’ve churned out seven minutes of TV beds in a day.

If you can give your composer three months to score your feature, she will most likely kiss you. However, if you have two weeks, she will (probably) still want the job – be in no doubt that it’ll be compromised accordingly, but hopefully there’ll still be some gems in there.
=====

d) How am I Going to Make the Whole Thing Sound as Impressive as Possible?
This might mean anything, from polishing the mockups so they sound the best they can be, to getting scores printed up and going into the studio with real players. Live players will make your score totally unique. If you can’t afford live players for everything, try to budget for one or two soloists to play the most important parts.

If you are going to have some live players then BRILLIANT! Be aware that your composer will have lots of work to do behind the scenes, from preparing scores to booking musicians, studio and engineer, then mixing the recordings so they sound their best. She may employ specialists to do some or all of these things. Once she delivers your final score, bada bing – job done. It’s over to you to take it to your dubbing mixer, who’ll mix it against the dialogue, foley and any sound design.

That’s pretty much the process for us – your mileage may vary. An experienced composer will be able to talk you through their process and how much time they want or need. Don’t worry if you have left music late – most people do, and you can always build it in earlier on your next one. However, DO worry if there’s no budget left for it, because composers have overheads! Time, studio, computers, hard drives, very good speakers, instruments (real and software, from cheap to very expensive), strange audio boxes with knobs on, websites, marketing…

4. Grow your Relationship in Any Way That Feels Right

There’s no right or wrong way to work with a composer – just take whatever looks like the next step. Composers have fragile egos just like any other creatives, BUT good film composers are usually more than happy to improve or renew their cues in response to criticism. They understand that film is a collaborative process and that the director (or producer… or studio executive) has the final say. Keep talking!

They can sound shocking, but still contain gems. When you receive a cue that makes you think “has she gone mad? Have I gone mad?” remember it’s a process and you’re the client (unless you are not paying her well enough in which case you might have a bit less leeway).

(By the way, the answer is probably “yes, she has gone mad” and once she has slept on it she will hopefully come round to your way of thinking of her own accord.)

6. Listen Through Your Audience’s Ears – is the Message Truly Carried?

Review the cues as they come – our experience is that the earlier we start getting feedback, the better. If your composer’s doing a good job, it might start to feel like the visuals are improving. Sometimes you might even be surprised that she’s found even more humour or even more tension than you hoped for.

Remember the brief you laid out in point 2? That’s your yardstick. When you can watch the film and feel the right psychological states being produced, you’re on to a winner.

7. It’s Your Vision, You’ll Know When Things are Right

Filmmaking is a thrilling and complex art form. You’re steering the whole massive unwieldy thing through its long journey and you’ll know when the music starts to work. Stick with your instincts (they have probably got you pretty far already) and keep raising issues until you’re satisfied they’ve been addressed.

In your gut you’ll know what to do – keep working with composer/s until you get there.