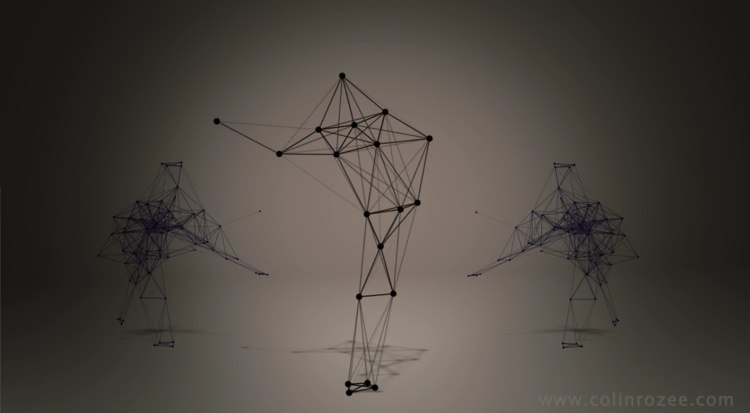 You may remember the Giant White Glove version of Michael Jackson’s Billy Jean performance and all the variations spawned by the white glove tracking project, but even with that in mind, I’m sure you’ve never seen a choreographed dance version quite like Colin Rozee’s bare bones, or more accurately, dots and lines ‘Schtick Man! in Billy Jean Plexus.

Created using Plexus and After Effects, Rozee “manually keyframed 19 mask paths in AE. There’s over 20,000 keyframes in the piece, but it needed to be that detailed to achieve the fluidity of movement….” That’s a load of work but worth every second. Apparently we’ll get to see ‘Schtick Man! strut his stuff again in a version of John Travolta’s Staying Alive dance. I can’t wait!