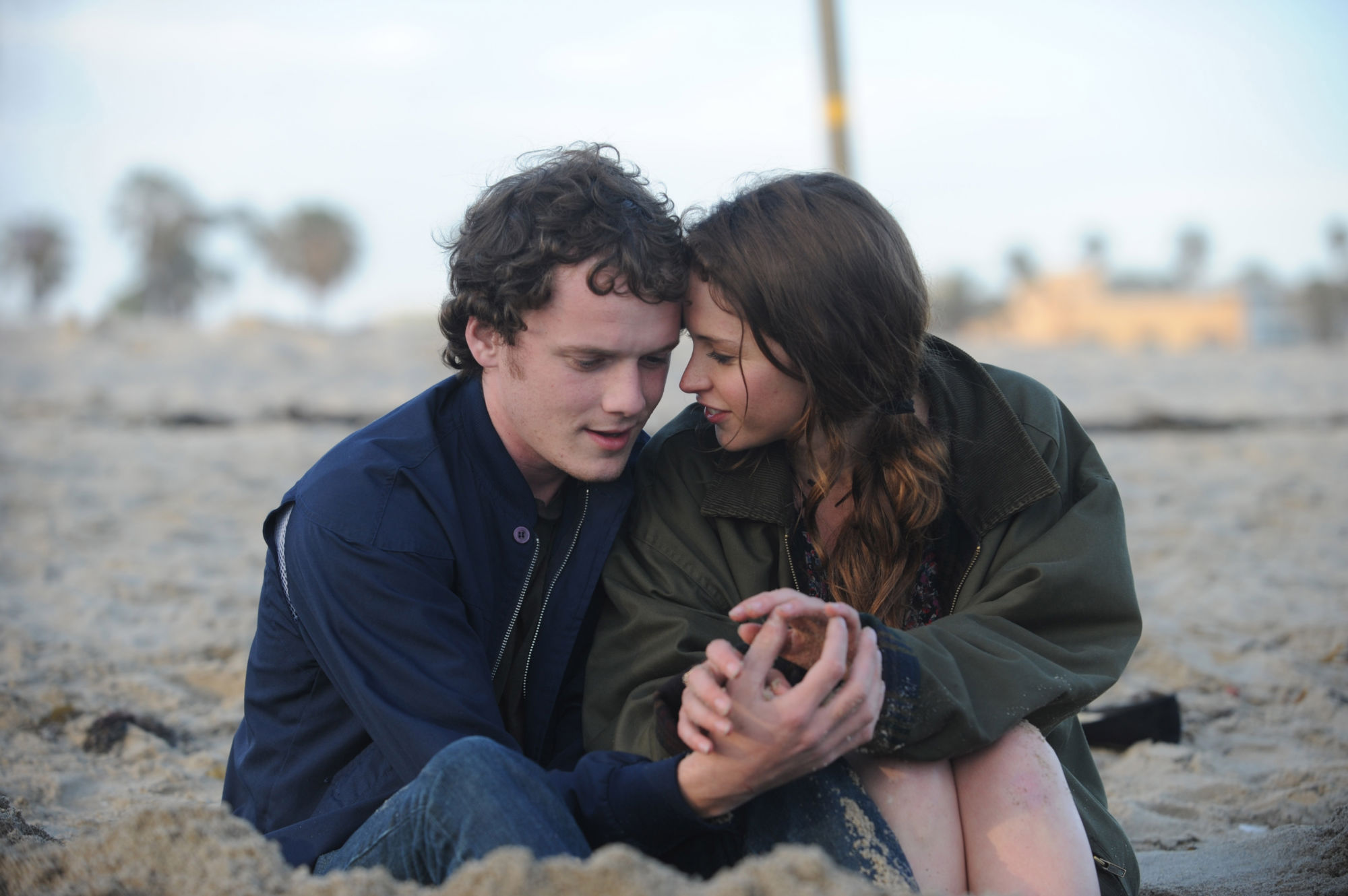 Like Crazy is the story of Jacob and Anna. Anna is a British student studying for a year in LA during which she meets Jacob in a class they share. She writes him a kooky letter, they start to date and fall in love. The film charts their relationship in the US and across borders when Anna returns to the UK.

Directed by Drake Doremus who co-wrote the script along with Ben York Jones, Like Crazy was shot in 22 days on a Canon 7D. The pair based the script on their collective long distance relationship experiences; resulting in the final script being an extremely loose affair with much of the dialogue improvised by Felicity Jones and Anton Yelchin. Perhaps that’s my inherent problem with this film?

Initially Like Crazy charts the beginning of Jacob and Anna’s relationship when they’re still loved up and floating on the euphoria of new found love. Yet I felt nothing. They made all the right moves; holding hands, nuzzling and spending a lot of their time in bed but they just didn’t make a believable couple. There was no sense of a click of connection or a spark of passion between the two there for me. At the time of watching, I was unaware that the dialogue was improvised, but I did notice how stunted the conversations were. When you’re in the first flush of love, conversations trip over themselves because you have so much to tell each other about your past, present and maybe, what you hope for the future. This wasn’t the case here, instead, there were lots of long pauses which were eventually filled with girlish giggling that just seemed absurd. However, we’re led to believe that their love for each other is so all encompassing that Anna overstays her Summer student visa.

John Guleserian provides some great cinematography within the film, a stand out scene charting their Summer in bed together. Inevitably, Anna’s overstaying means that when she later tries to re-enter the country she’s sent back without getting to see Jacob. It’s then left to him to come to her whilst she sorts out her visa. Which takes time…a lot of time.

Once they’re separated we watch them lead separate lives in different countries. This would probably be a good time for me to come clean. I lived abroad for a year and tried to maintain a relationship. There was a lot of details here I could empathise with; the missed calls that can’t be returned due to time differences, communication slowly deteriorating into text messages because one or both are out and can’t talk properly and the new friends that are made that neither has met so when anecdotes encompass these new people you, frankly, become bored.

What I couldn’t empathise with was the ease with which both Anna and Jacob let each other go. Prior to Anna’s US overstay, she’s warned of the ramifications of that action, but she does it anyway. You’d therefore think that when they’re separated it would take a lot for their eyes to be turned by other people? This is far from the case though, they quickly descend into affairs with others. The ease with which each lies to their friends about their relative relationship status is also confusing. In one scene Anna is chatting up a guy in a bar, she then goes out to ring Jacob, goes back in and carries on from where she left off. To me, it’s completely random. I sat wondering for the last 45 minutes why they just didn’t pack it in? It’s easy. You’re in different countries. It’s not like they would bump into each to other in the local pub.

By the time Anna had her visa sorted I really didn’t care what they did. I didn’t ever truly believe in their relationship when it was good and the fact each had cheated on the other with relative ease merely confirmed my opinion that the relationship was built on sand in the first place. Moreover, the metaphors played a lot like being hit over the head repeatedly. On the day Anna leaves they take a boat trip. They take up seats on either side of the aisle and look sadface out to sea. When the relationship is pretty much dead, a gift Anna received from Jacob is replaced by the new man she has started to see behind his back. There are more examples, many, many more.

Don’t get me wrong. This isn’t an awful film. It’s just not very good either. I do wonder if two more experienced actors would have made a better a job at setting the scene of a great love affair from the beginning? If you want to see genuine love then watch Drive, it contains more emotional passion in a single kiss than the entirety of Like Crazy’s Summer between the sheets. And those two characters don’t even have sex!