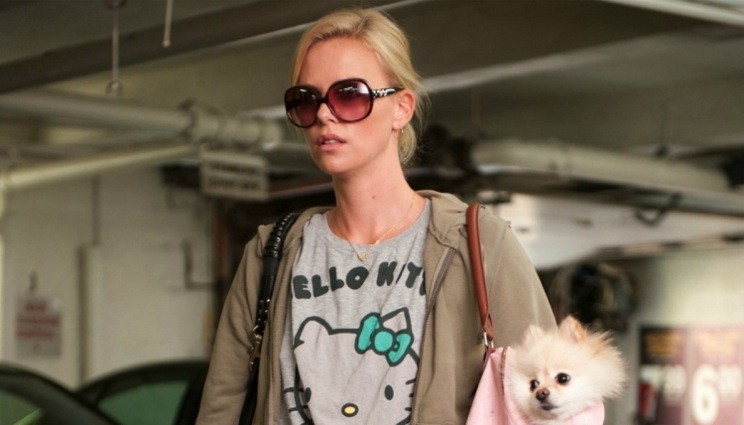 Young Adult is the age old tale of the girl that left her small town for the bright lights of the big city because she was just too damn popular to stay in nowheresville.

Charlize Theron is Mavis who left Minnesota for Minneapolis having been one of ‘The Populars’ at high school. She is now an author (although all the hicks from her old town keep calling her a writer – much to her chagrin and continual correction) ghost writing young adult fiction akin to Sweet Valley High. Being an author consists of playing a lot of Wii, faffing around on the internet and constant email checking then writing a paragraph, and repeat. Which is fair enough, that sounds a lot like my job as well.

Whilst checking email she comes across a round robin message from her high school sweetheart’s wife which includes a photograph of their new born daughter. Taking the email as passive aggressive provocation she decides to return to her home town and rescue Buddy, the man she split up with twenty years ago. Her assumption is that having a child and being trapped in a small town is next to death in the possible hands life could deal you. If this is her assumption, it logically follows that must be the assumption of everyone. Needless to say, Mavis is a massively selfish individual whose return to town isn’t really celebrated by anyone and it becomes clear that she long ago burnt her bridges with everyone she left behind.

Young Adult reunites Diablo Cody and Jason Reitman, which was an Oscar winning combination in 2007 with Juno. One of the criticisms levelled at Cody then was that her smart mouth, wise cracking protagonist was too smart and too wise for a teen that age. Cody appears to have taken that criticism and literally turned it on its head. Mavis is 37 but speaks like a 13 year old. Her response to most adult situations is, “Ewww, gross”, which is frankly annoying in the extreme and does the character a massive injustice. 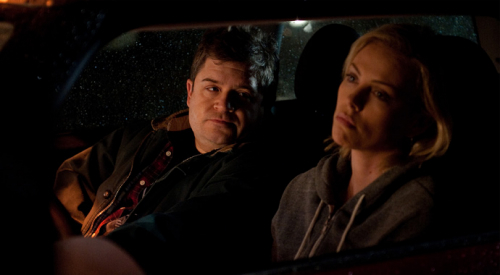 When Mavis returns to Minnesota she drinks alone excessively and meets Matt in a bar, a man she once went to school with. Initially she can’t remember who he is until it dawns on her that he was once badly beaten in the woods because the boys she used to date thought he was gay. Matt serves as the moral barometer of the film, one which she largely ignores. At first I had very little sympathy for Mavis or Buddy, but as the film progressed and on later reflection, I feel absurdly sorry for Mavis. Her unmet reality is that she believed life would continue as it had through high school. Unfortunately for her, as most ‘populars’ discover once outside the protective bubble of education, real life is very different. The tragedy of Mavis’ life is that she fails to realise this and so attempts to recapture what she had. Mavis is quite an odious character and hats off to Theron for playing her convincingly and single handedly pushing the film forward.

The film propels itself towards a finale that is excruciating for all concerned and a crystallising moment where Mavis finally comprehends what she’s become. Yet the irony remains that some of the girls she left behind still envy her life even as it’s abundantly clear, even to Mavis, that it’s vacuous and unfulfilling.

I liked Young Adult but felt its running time was on the sparse side, with certain themes touched upon but not sufficiently explored. There are a few references to Trichotillomania with no explanation as to what the trigger is for such behaviour or when it began. I also think that the relationship between Matt and Mavis could have been explored further. It seemed that something completely random happened not in keeping with the tenor of the relationship.

Ultimately, Young Adult isn’t a bad film but it’s not a great one either. The theme of the adult oblivious to her stunted emotional growth is one that Cody at times imparts with the subtlety of a sledgehammer; Mavis wears Hello Kitty clothes, has a dog she carries around in a small bag, drives a Mini Cooper and plays video games constantly. If more subtlety had worked its way into the script and there had been a deeper exploration into the why of Mavis then I’d be much more enamoured with it.