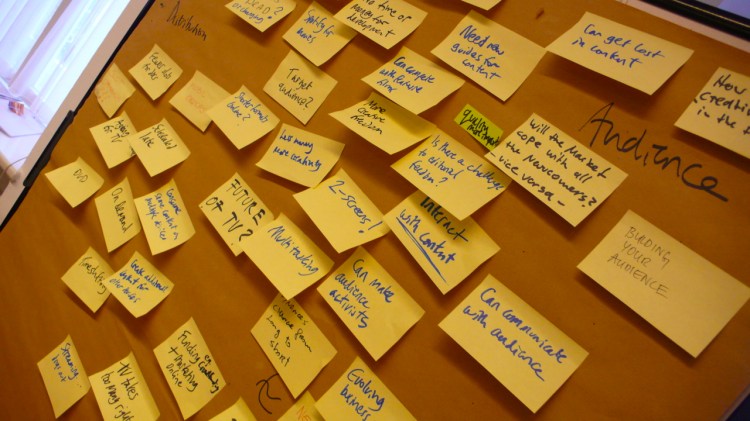 An Introduction to the Campus with Mark Atkin & Manuela Winkler

We started the day with a bizarre breakfast of chocolate muesli and boiled eggs then made our way down to the seminar room. The chairs were in a full circle with welcome packs on each one. When chairs are laid out in such a way you know there is going to be a let’s-all-get-to-know-one-another session…a time in which you talk about yourself and ultimately say everything you don’t want to and forget everything you should. But Mark, who was leading this session, eased the tension by introducing us to the ‘Name Game’.

One by one we did have to introduce ourselves, but in a way that probably none of us had ever done before…we were to tell the room our name and a story surrounding it. My name’s Anna and all I know is that my Dad had a crush on Anna Ford and my Mum thought the name was ‘classic’. Throughout my life I’ve been known as Anna-Banana and Spanner, neither one attractive nor classic. Ben likened himself to a dog and revealed that if his wife had double-barralled her maiden and married names then their son would have ultimately been called Bryn Jolly-Wigley. Needless to say we now all know each other’s names.

Manuela spoke to us about the grants that each project is eligible to apply for. One team member is entitled to up to 3,400 Euros to use on internships, visiting assigned mentors or to attend film festivals. This is so fantastic and we’re really looking forward to meeting our mentors and making connections once the first workshop is over. 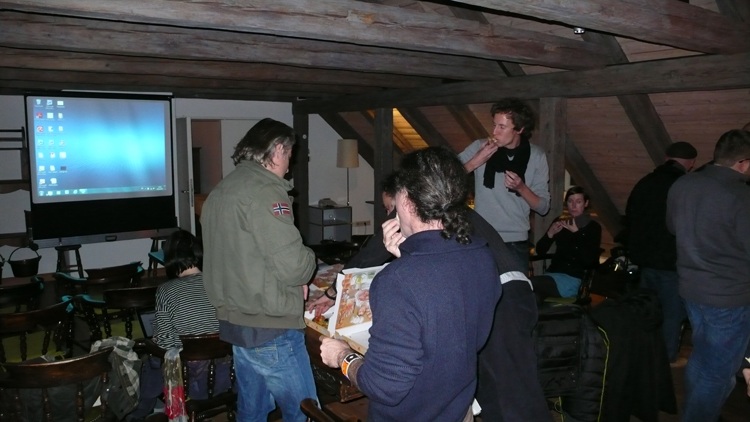 Finding your Story, with Tom Roberts

Tom Roberts is a world-renowned and multi award-winning director who, in recent years, has also undertaken the role of executive producer on many successful films.

The fundamental message of his lecture was, how to find and tell your story:

Once more we were all put on the spot and asked to tell our film’s story in 30 seconds. This is a really tough challenge but we left the session confident that in Paa Joe: Dead not Buried we have a truly unique and exciting story.

Tom spoke to us about his personal experiences of filmmaking and the instinctive approaches that are imperative for a documentary filmmaker to have in order for them to nurture the story from their subjects/characters. You can have a location, or a ‘precinct’, but you need instinct to find the story within it. You can have a character, a protagonist, but without instinct you will not find the truth behind their lives. And you can only tell the truth that you, as a filmmaker, see and find. You can never, ever make a film that deals with the “truth” that your character wants to project. That’s their persona, not the truth.

Tom is an insightful man and an incredibly good storyteller, not only through the medium of film but verbally too. His lecture was itself one big story, with arches, curves and changing tempos.

We ended the night with pizza, beer and a screening of a film produced and directed by his wife, Pamela Gordon. Wasted follows 10 days in the life of Whitechapel resident, Stacey. The majority of the film is set in Tower House, a doss house with a history dating back to the 1900s. The colloquialisms may have changed over the course of a century but the residents and their habits are timeless and universal.

There was a quote from Tom that really struck a cord with us today:

“[documentary is the] use of concrete reality to make a timeless film.”

Wasted is a true embodiment of this notion.