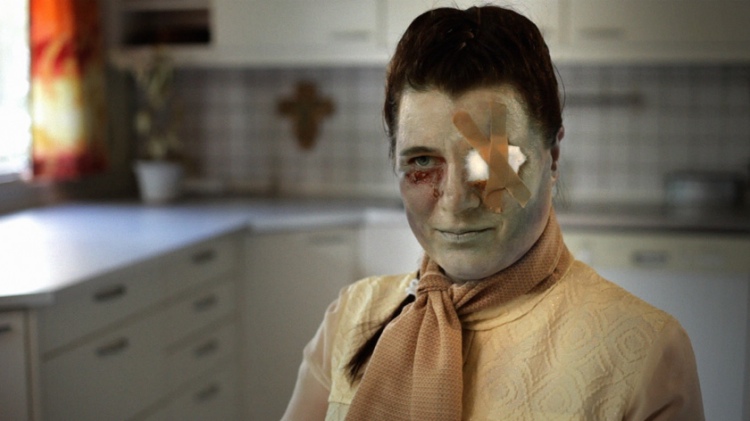 So you’re a family of zombies whose neighbours live in fear of your dietary requirements, doesn’t mean you can’t have a strong faith or that God doesn’t love you as he does all his children – if anything you’re probably closer to him than most given your proof of life after death.

Henrik Bjerregaard Clausen’s Born Again is the story of a religious family battling teen rebellion, decaying body parts and anxieties about the coming apocalyptic flood. If Clausen’s name seems familiar but you can’t quite remember why, you’re forgiven as his previous sci-fi animation E.T.A. was lightyears from the improvised mockumentary style of Born Again in every conceivable way.