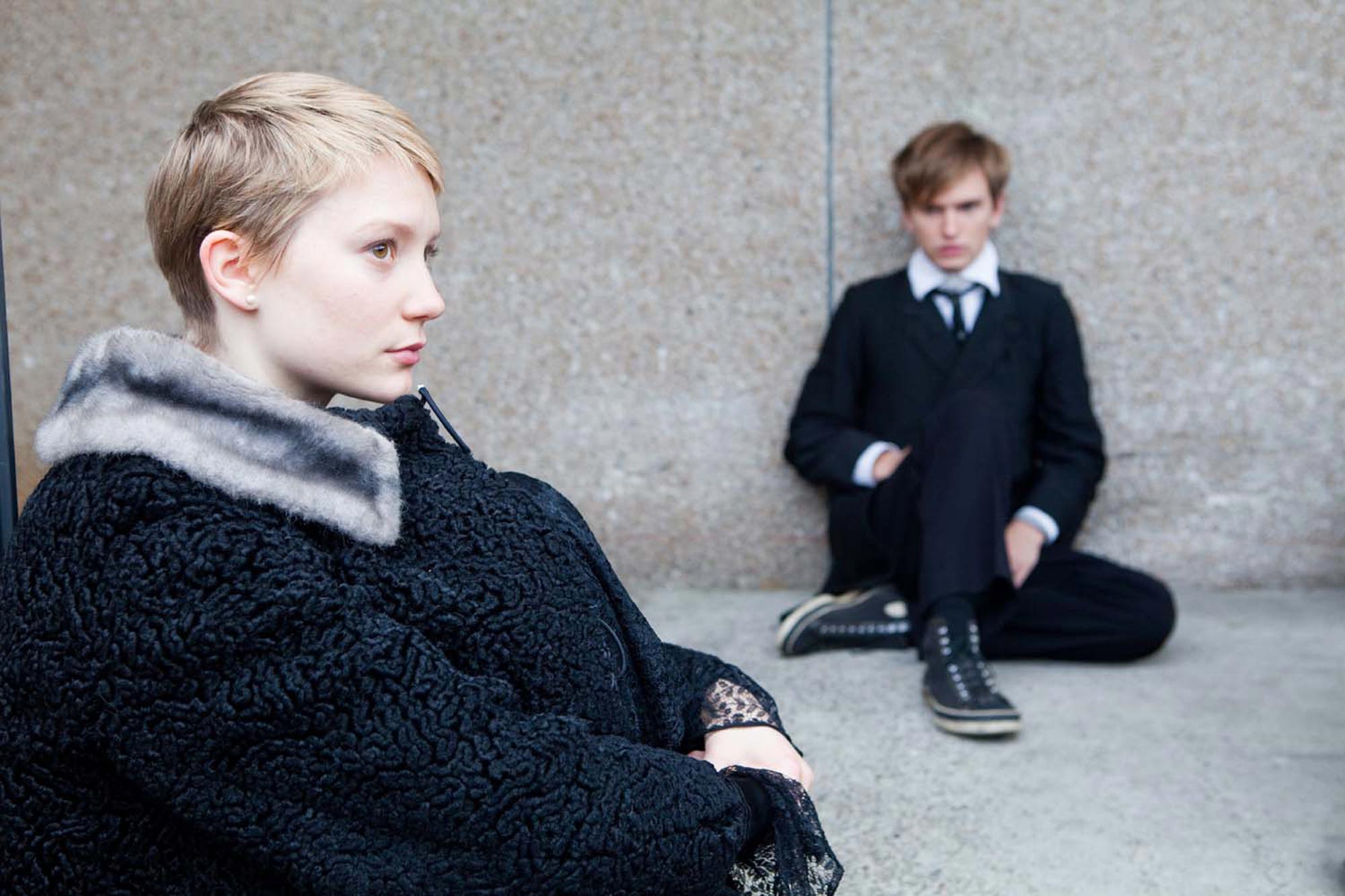 Sometimes critics describe a film as pointless. I’m not sure how valid a critique that is as really it could be applied to all films save for documentaries that raise awareness of an issue that has thus far been ignored. Gus Van Sant’s Restless is a film that has been described as pointless. I disagree.

Restless is the story of Enoch (Henry Hopper). He lives with his aunt as his parents have passed away and doesn’t attend school. Instead, he fills his days attending strangers’ funerals and playing battleships with a Kamakaze pilot named Hiroshi.

One day he attends the funeral of a teenage boy who has died from cancer. Whilst there he encounters Annabel (Mia Wasikowska), who offers her friendship but Enoch’s not interested. They later bump in to each other and she slowly persuades him to become her friend. As time passes they start dating and she confides in him that she has terminal cancer which is really why she knew the boy that had died. Annabel appears to have dealt with her inevitable passing away and seems resigned to her fate, but not to lie down and let life pass her by. She wishes to experience all that life can throw at her before it’s taken away. Enoch appears unfazed until it becomes clear that Annabel’s remaining time is short. He then transforms from self obsessed loner to an individual obsessed with ensuring his first love does not leave him.

Restless is a film about mortality, that much is clear. However, I think it’s also a film about grief and how it can skew perceptions of life to such an extent that one ends up retreating in to yourself and only someone really special can drag you back out again. If you have ever been unfortunate enough to experience such grief you’ll understand what I mean. If you’ve been lucky enough to never experience that then this film goes some way to sharing the experience. 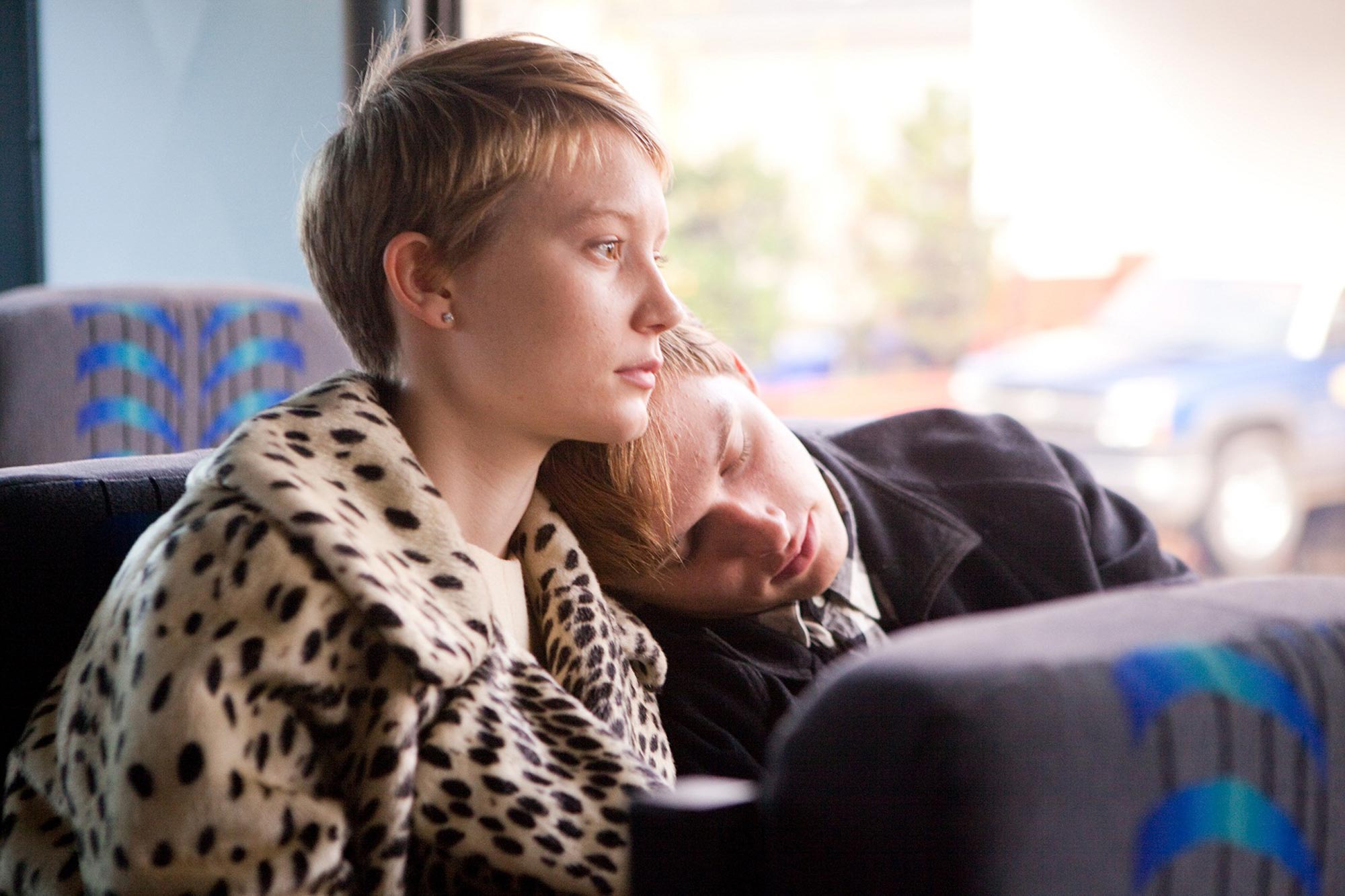 It’s obvious from the beginning that Hiroshi is a figment of Enoch’s imagination. Whilst he’s present in the scenes there are often cutaways which depict Enoch playing battleships against an empty space. Hiroshi is the part of Enoch that he can’t let out. The part that doesn’t like Annabel initially because she’s likely Enoch’s only chance of accepting his past and moving on. In some ways I don’t think Enoch wanted to move on until he met Annabel. Slowly, as Enoch’s subconscious realises he’s in the first flush of love with Annabel so does Hiroshi begin to accept her.

As Restless progresses it becomes apparent that Annabel’s death may be the one chance Enoch has at accepting that people die and whilst you will always miss them, you have to move on in the best way that you can. Enoch is not so enamoured with this idea and attempts to physically reverse the march of death by smashing up a doctor’s office. The doctor takes it in his stride and the juxtaposition of a normal person’s experience of death and that of a medic’s is laid bare. Ultimately Enoch accepts Annabel’s fate also, grows from it and uses it to find some closure relating to his parents’ death.

I liked Restless. I liked it a lot. I know it won’t be everyone’s cup of tea. It has an air of dark whimsy about it and in typical Van Sant style is slow to build to a crescendo. But once it arrives, it’ll leave you thinking…and for a long time afterwards if you’re anything like me.