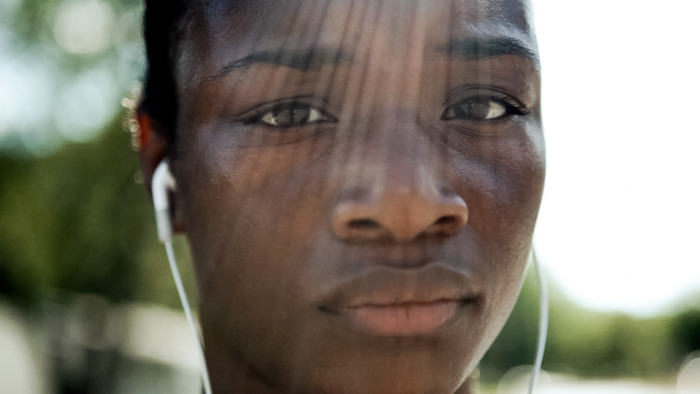 Leaving their usual stomping ground behind, documentary filmmakers Zackary Canepari and Drea Cooper (aka California is a Place) have journeyed to Flint, Michigan for their latest film T-Rex.

T-Rex isn’t her real name. Her real name is Claressa. Friends and family just call her Ressa. She’s from Flint, Michigan, and next year she’ll be a senior in high school. The first day we met, it was her 17th birthday. She had a water balloon fight and a big, yellow cake. She carries her money around in a plastic bottle. She wears her hair in braids (sometimes). She takes the bus to school. She likes Twitter. She likes boys. She writes in her journal. Pretty everyday for a teenager. But this is hardly an everyday story. Six years ago her dad took her to a local boxing gym. She said she wanted to box. He said, “Hell no. Boxing is a man’s sport.” She ignored him. Next month, women will box in the Olympics for the first time ever. Claressa will be the youngest among them. And that’s just where her story begins.

However, the duo need your help to complete their film, so if you feel like supporting T-Rex visit their Kickstarter page or just spread the word by sharing this page.

California is a Place, USA